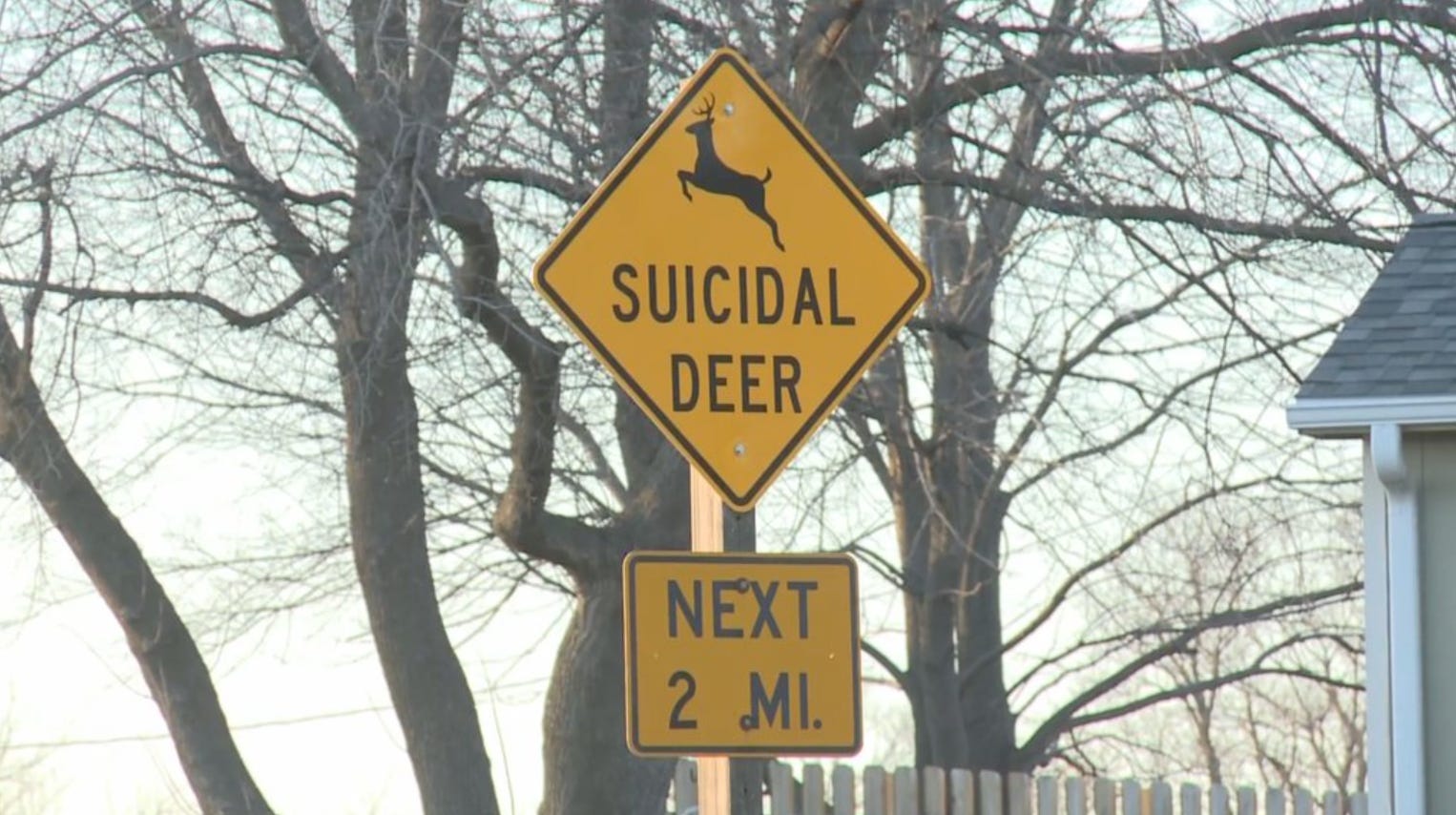 MITCHELL COUNTY, IA – We see them all the time and usually never give them a second thought. Signs marking where deer frequently cross the road. But one of those signs in Iowa is stirring up some controversy. Brian Tabick reports. When you drive pass this sign it’s hard not to take a second look. This unusual deer crossing warning has popped up on Highway 105 in Mitchell County just outside of Saint Ansgar. And it’s sparking a lot of talk around the town. “I do think it’s rather insensitive.” Sally Hertel lives near the sign. And she says there’s a need to warn drivers to be on the lookout.

But she believes the wording of this particular sign crosses a line.

(Sally Hertel, Resident): “Suicide. That makes it look like a joke. I myself have never had anyone close to me decide to take their life but I have a lot of friends who know people who have and I know it’s a very sensitive subject and I think that’s kind of a mockery.”

Now that’s a goddamn Iowa story right there. People up in arms about a sign about deer crossing. Families being ripped apart. Brother against brother. Neighbors at each other’s throats. Should there be a suicidal deer sign?  Should there not be? Is it insensitive to victims of suicide? Is it insensitive to deer? It’s important issues such as this that are worthy of getting a small town all riled up. Shit could really spiral out of control and a few choice-yet-passive-aggrssive words will get spoken about this at the local diner. As a fellow midwesterner, I do appreciate everybody’s attitude towards the sign. Let’s call it laid back outrage. Yes, some think the sign is insensitive but insensitive enough to do something about it? Ahhhhh doubt it. It’s just a sign. These are my people.

By the way, every time I see a story that starts out with “In a small Iowa town…….” I have to triple check to make sure that it’s not coming from a satire site like The Onion. “A small Iowa town” is one of the hot spots for satire sites. Not sure why. Maybe because it’s in the middle of nowhere and the people who read it are on the coasts and have no prior connection to the location so it’s a clean slate for a story. Might’ve just answered my own question.

PS- Wanna know how dumb I am? When I first saw the sign I thought it was for deer actually committing suicide instead of it being a joke about lots of deer being killed on the road. The fact that I’m still alive is nothing short of a miracle.