About as white trash as white trash can get, but I guess that’s to be expected when you see a thumbnail of one person wearing camo shorts and the other not wearing a shirt. But the real lesson to learn here is one about pride. For whatever he did or didn’t do to this camo shorts’s sister, the guy had walked away, called him a pussy, it was over. And then shirtless boyfriend had to shout about how he “ain’t scared of nobody bruh” followed up by the softest “I’m right heeeere” to show that he was standing his ground. He didn’t want that fight but because he had to try to look tough to the little Mountain Dew-drinking gremlins running the camera, he found one and ended up in a coma as a result. That’s where pride gets you.

Also this headline from one of Pres’s blogs a week ago works pretty well here: 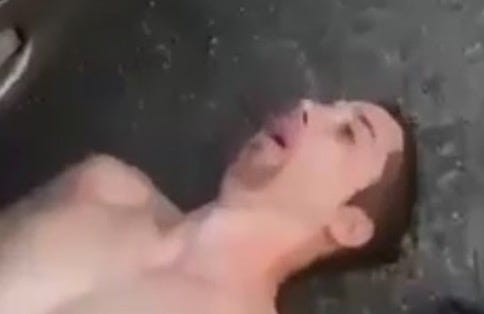