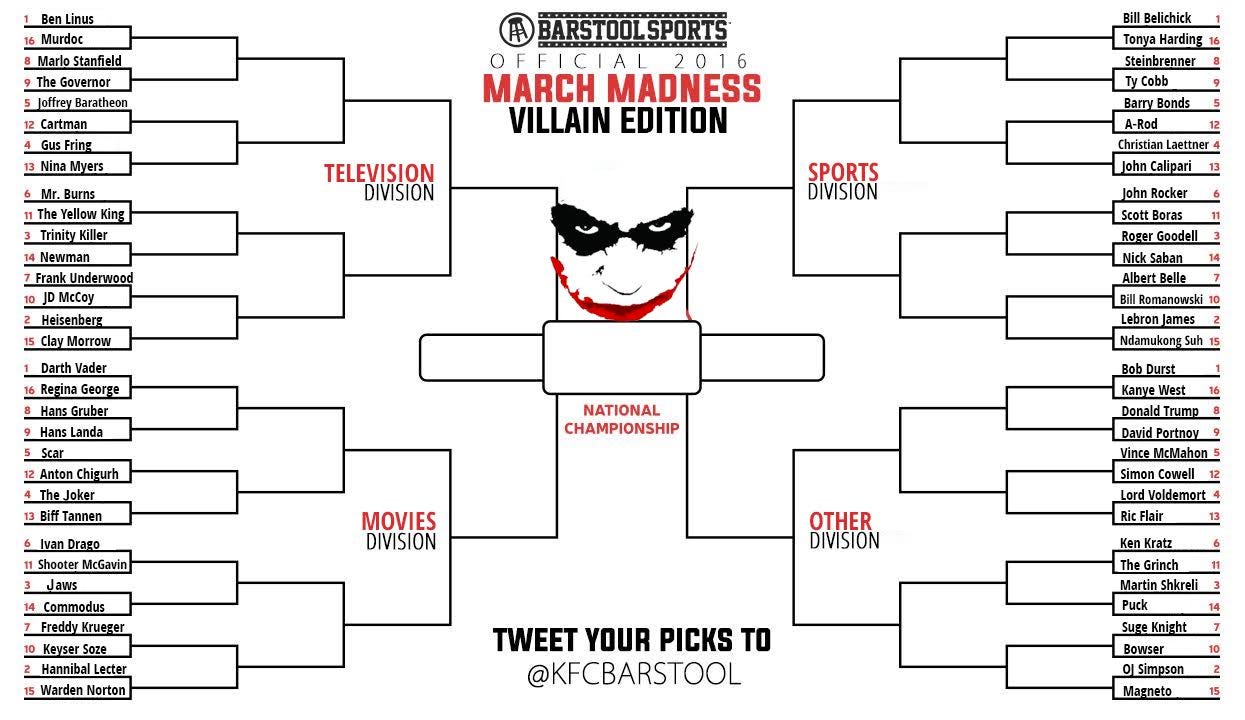 This year’s Barstool Bracket is the Tournament of Villains. Last year’s TV Tournament was a smash hit. Michael Scott was crowned the best TV Character of all time. This year we’re talking best villains ever, and we’re opening it up beyond just TV. The 4 regions are Television, Sports, Movies, and “Other” which is made up of books, comics, reality TV, real life etc etc. To be clear, we didnt include people like Hitler or Stalin. Obviously they are the worst real life villains. And in the sports world I tried to avoid the Greg Hardy types because we’re here for March Madness fun, not debates on domestic violence. This is supposed to be more fun than a debate about the real evil in this world. So here are your 4 regions, and at the bottom of the page is the place to vote. Also tweet me your choices with the hashtag #BarstoolBrackets and we’ll blog each round of results every day going forward.

TV Region – Ben Linus is your one seed. The most conniving, manipulative TV villain ever. Henry Gale the Weather Balloon man could deceive the Devil himself. He was the serpent in the weeds of The Island. He would kill anyone, even his own daughter, to protect that place. 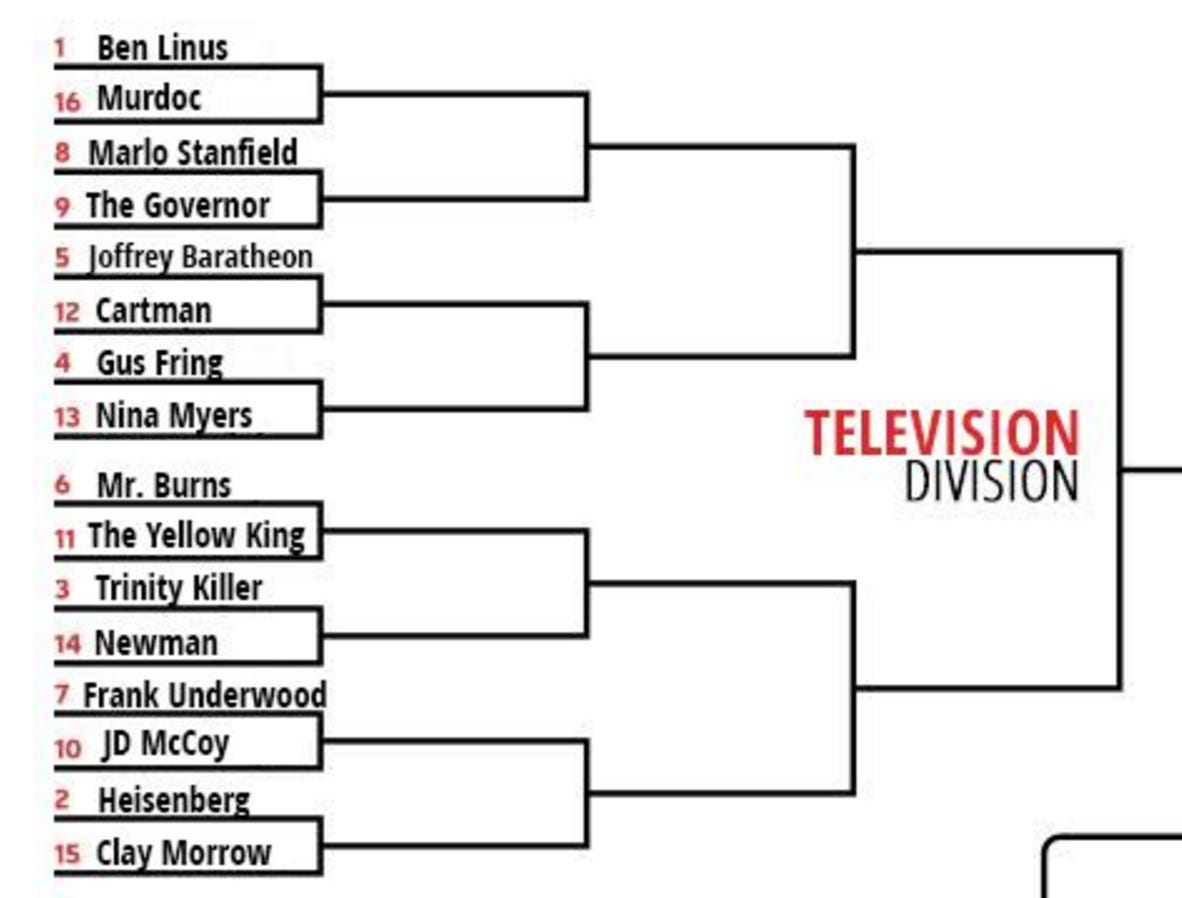 Movie Region – Darth Vader is your one seed. I dont wanna hear any nonsense from Star Wars nerds about his motives or intentions and if somehow Anakin Skywalker was misunderstood and good guy or some shit. Darth Vader will crush your throat with The Force and he would have murdered his own son with a lightsaber if he could have. His mask, voice and name are all synonymous with theatrical evil. He’s 1 seed material is a region that is STACKED. Jaws, Hannibal Lecter, The Joker…the 8 v 9 is a showdown of Hans’s – Gruber vs Landa. This is the Region of Death. 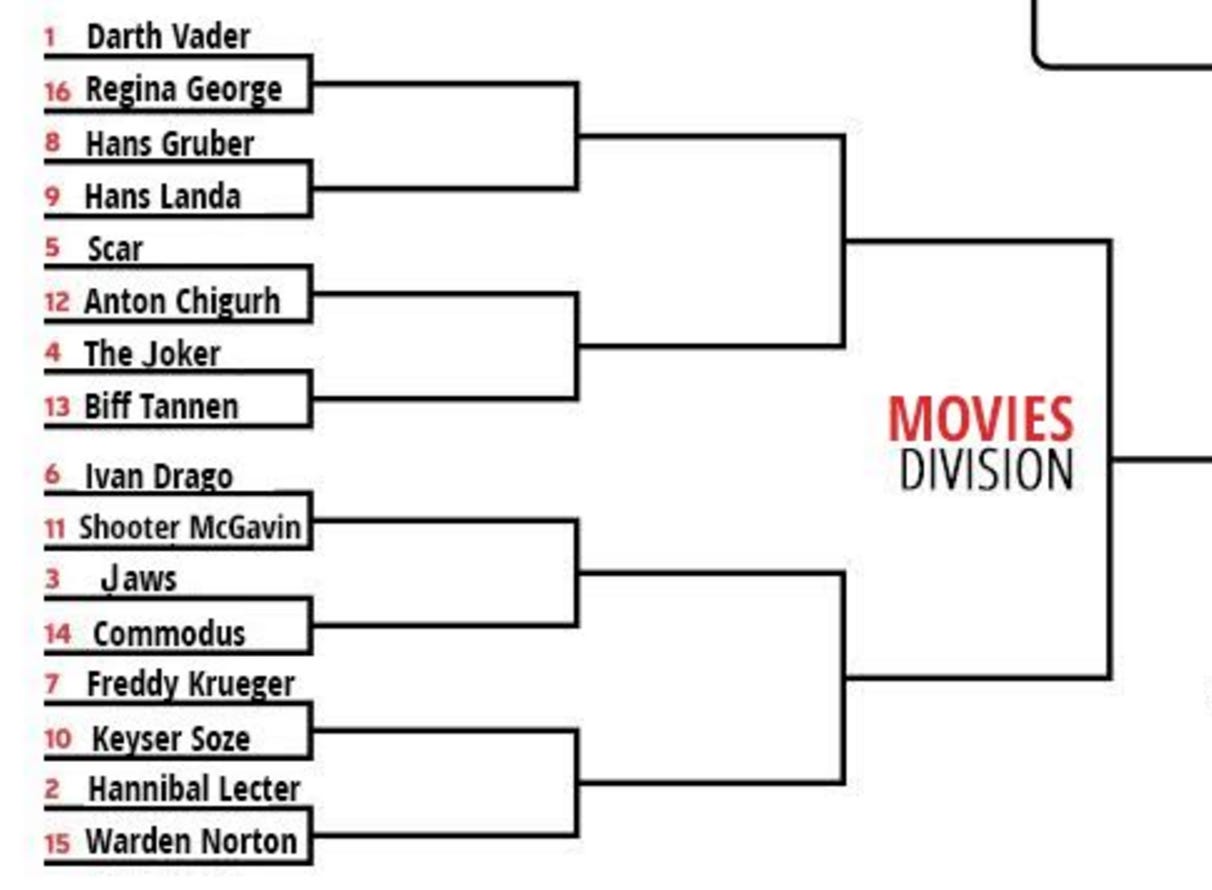 Sports Region – Bill Belichick is your one seed. He’s the Darth Vader of Football, so it only makes sense that The Hooded One is the #1 in his region. This bracket is loaded with the Bad Boys of Baseball, including Ty Cobb and a very underrated Albert Belle who was about as awesome of a piece of shit as you can be. Albert Belle was like the villains in baseball movies like Major League and Rookie of the Year except it was real life. Watch out for the 5 v 12, Bonds vs Arod. Classic 5 vs 12 upset possibility here.

*Note – The representative of Duke Basketball could have gone like 10 different ways. Coach K, JJ Reddick. New guys like Grayson Allen. I could make a full set of 16 just for white guys from Duke. But the most reviled and legendary of all the White Duke Assholes was Christian Laettner so he gets the nod. 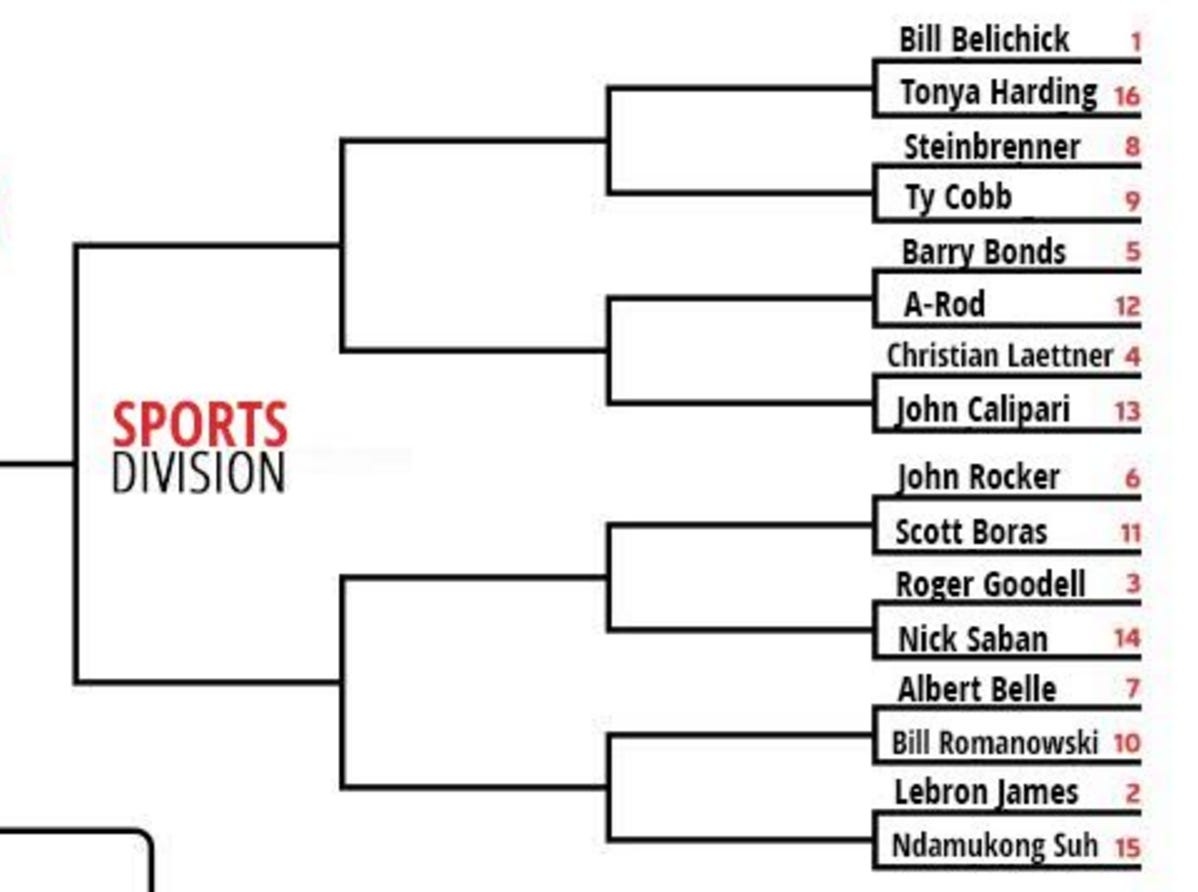 Other Region – Bob Durst (The Jinx/Real Life Murderer) is your one seed. He’s the sickest fuck to ever walk this earth as a regular civilian. Living his life disguised as a woman was some Norman Bates Psycho shit. He killed dogs. He killed people. Like a lot of them. And his black beady eyes and his stone cold delivery during the Jinx is pure evil.

The rest of the region is a mish mosh. Trump vs Portnoy in the 8 v 9 is like someone fighting themselves in a mirror. Martin Shrkeli might be the biggest prick in the whole field of 64. OJ Simpson a very strong 2 seed. Suge Knight vs Bowser in an incredible match up of fat, round villains. Puck from the Real world looking to make some noise. The “Other” region is a bracket filled with real and fictional evil characters that all could be crowned winners. 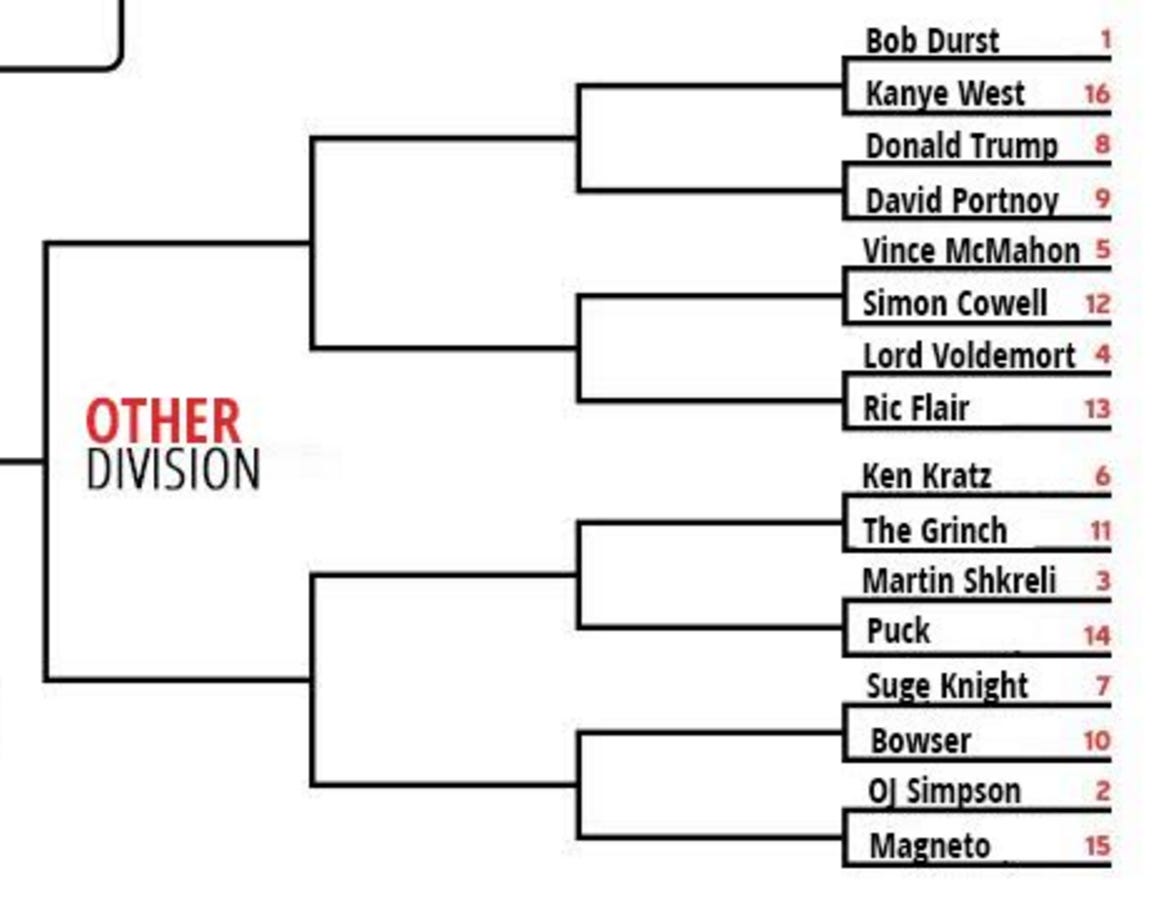 Voting is open for the next 24 hours