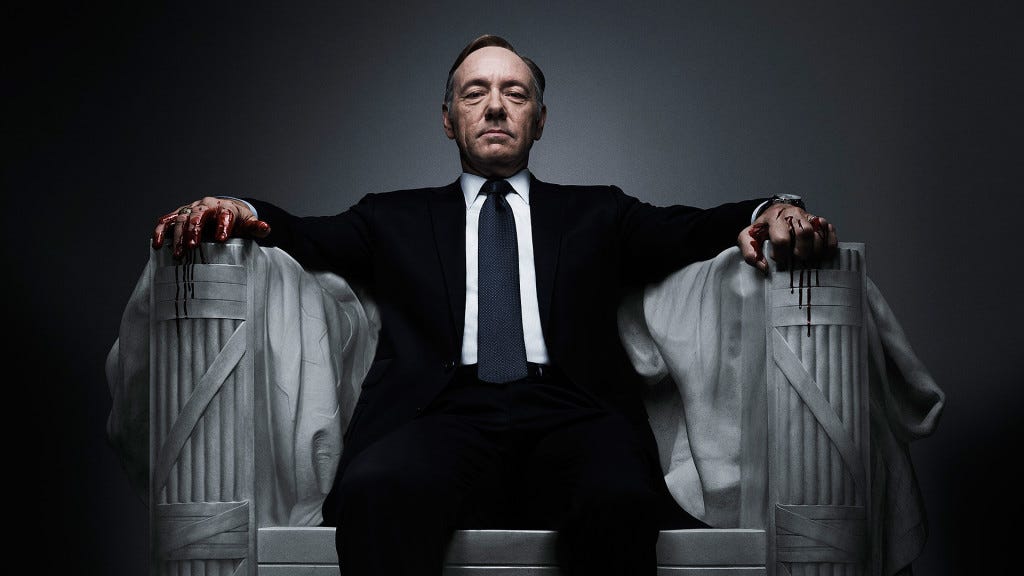 I love House of Cards. I love it so much I watched it all the first weekend it was out. While that might seem weird to you out there who “have lives” or “go outside”, House of Cards Weekend is pretty much a holiday for me. While this season has been the second best since Season 1 (Season 3 being the worst), I feel like a lot of people are starting to turn their nose up at HOC because they don’t understand what the show is supposed to be. People’s first instinct is to think HOC is some high-handed drama like The Wire or Mad Men just because the subject matter is politics and Kevin Spacey is in it. To tell you the truth, it’s not. House of Cards at its heart is a soap opera. It’s Empire for white people. It’s unrealistic, it’s campy, and it’s written with the first priority to entertain, not say something or make a point. And I’m OK with that. There’s a place for that. Not everything has to be Breaking Bad. So I enjoyed this season immensely and thought it drove the story arcs of the show in some interesting ways. Here are some thoughts on how five of my favorite arcs have progressed and where it can go from here:

THE RELATIONSHIP OF FRANK AND CLAIRE- 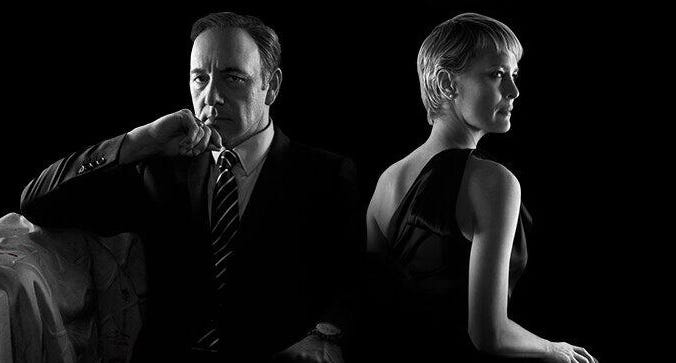 It took a bullet for the Frank-Claire relationship to be healed, but here we are with Washington’s scariest power couple aka the Clinton’s on acid back together and dominating the capital. While Frank and Claire might not love each other in any traditional sense of the word, being threatened with loss made them face a reality that they were both smart enough but before were too proud to see: they are worth and can accomplish more as a team than individually. Frank knows that having Claire by his side gives him a stability that without it leads to the flailing and spiraling he experienced the first two years of his presidency. And Claire realizes that whether she likes it or not, Frank is the true center of power for what they have built. In terms of electability, Claire might not be the best VP pick, but for what the Underwoods want to accomplish, which is a ruthless accumulation of power strictly on THEIR terms, there’s no better companion to have. I was surprised to see Yates return to Season Four given how synonymous his storyline became to fans and critics with the meandering snoozefest that was Season Three, but his return as a love interest for Claire that Frank accepts and even somewhat encourages did make the important point that what Frank and Claire has is something entirely different from but just as deep as romantic love: A strong reliance and partnership that works best when the other is put in the best situation to be happy. 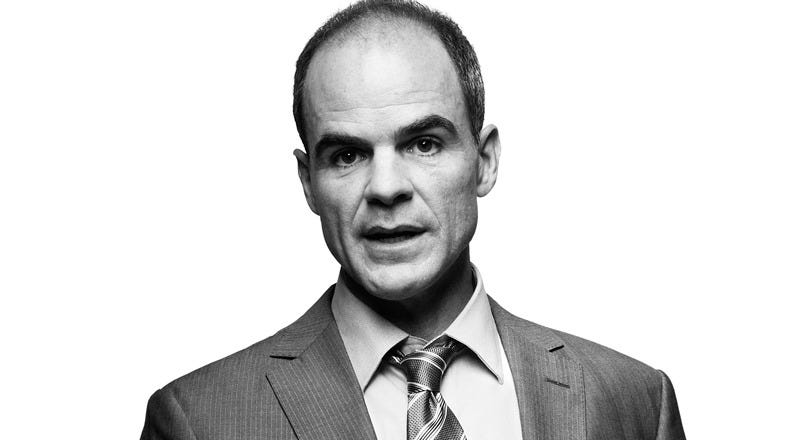 This season was light on Stamper, which is too bad because when used correctly, he is the most interesting character in the entire series. Stamper’s obsession with protecting the Underwoods and his fanatical devotion to Frank has always been one of the biggest mysteries of the show: How come this smart, capable man who can seemingly work anywhere and do anything, chooses to hitch his wagon to a power hungry congressman with no real ideology? Why would someone who is the ultimate pragmatist give such blind, fanatical loyalty? Season Four helps answer that question. Doug is so protective of Frank, because without Frank he has nothing. He has no life outside of the empire that him and Frank have built, which gives him a life-or-death desperation to preserve it. He trusts nobody, because entrusting Frank’s political career to anyone is entrusting someone with his life purpose. It also gives extra significance to his growing obsession with the man whose organ he sacrificed for Frank beyond him just being guilty. He sees a man with a loving family and friends who weep for him when he’s gone. In other words, he sees someone who is human in all the ways he is not, which guilts him but also fascinates him. Will his guilt cause him to turn his back on the Underwoods, especially when the throne he has worked so hard to build with them becomes more and more threatened?

Just kidding. This storyline should have just died a natural death after Season 2. Please stop needlessly dragging Freddy in to fill four minutes of space here and there, Beau Wilmon. Frank is a shark who doesn’t consider people to be equal to him, even the ones he likes, so he doesn’t have any real friends since he leaves a trail of destruction everywhere he goes. We get it. Leave the poor guy alone. His purpose is served.

What would any Washington DC drama be without a journalism story arc for the people who go to sleep with a copy of Spotlight and All The President’s Men to cuddle? It makes sense that the single biggest threat to Frank’s power yet is a well-meaning outsider. The billionaires, lobbyists, politicians, and other world leaders that Frank deals with on a day-to-day basis are in many ways, to quote Michael Corleone, all part of the same hypocrisy as he is. While they might try to defeat Frank, they’ll try to beat him at his own game instead of expose him for what he is, because exposing him would expose a system that also benefits them. There’s a reason that Zoe Barnes was the only murder Frank committed out of desperation instead of to get ahead. What can Frank do about a Tom Hammerschimdt? He can’t threaten him, he can’t corrupt him, he can’t cause him to lose his job if he doesn’t have one. A well meaning, sincere do-gooder is Frank’s worst nightmare because he doesn’t play the game, a game that Frank can always win because he’s better at it than anyone. It looks like Frank is going to deal with the issue with a campaign used to inspire terror in the American public. If you’re going to be exposed as a ruthless manipulator, you might as well make the entire country think they are in a war where they want someone with those exact qualities on their side. Which brings us to the fifth and most important thing… 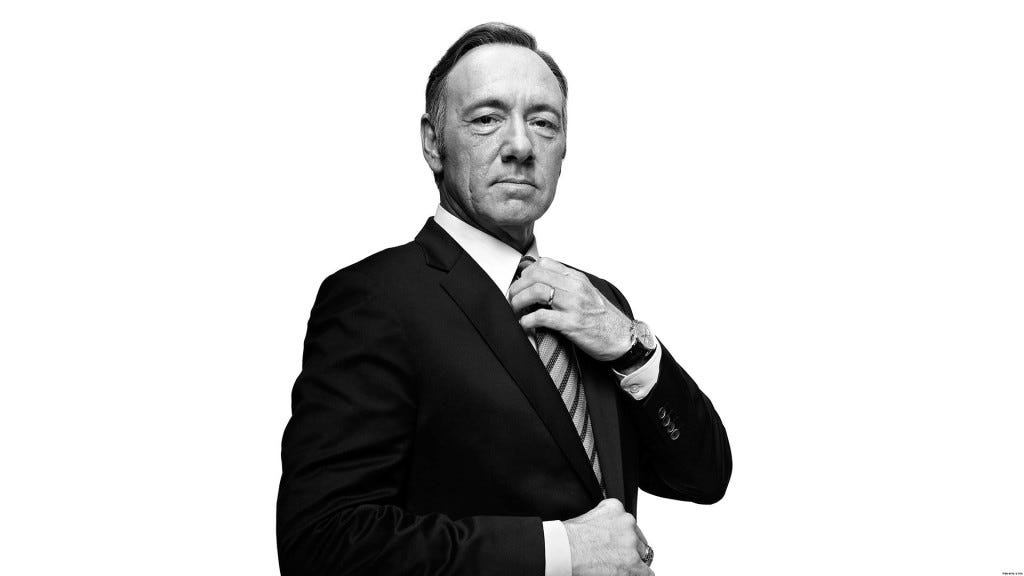 And finally we get to the central theme of the show: Frank’s more and more tenuous grasp of the power he has worked his entire life to get. The creation of the character of Governor Conway as Frank’s opponent was fucking brilliant. As a Republican from New York, he is the perfect mirror image to the Democrat from South Carolina: No real ideological allegiances, total pragmatist, just doing whatever it takes to get things done. While I originally felt like the casting of him was one of the biggest mistakes of the season because they portrayed him as a littttle bit of a bitch, the more I think about it the more I like it. Conway’s weaknesses (nonstop craving for media attention, slightly insecure) highlight what makes Frank such a badass. Frank doesn’t want power cause he needs attention or validation, he’s actually at his happiest and most comfortable while working in the shadows. Frank pursues power like a dog after a steak. He doesn’t want it, he needs it. And now that he has the ultimate prize and is in danger of losing it, he’s going to have to do whatever it takes to hold onto it. What lengths will Frank go to in Season 5 to retain the presidency isn’t the question, it’s what lengths WON’T he? House of Cards Seasons 1 and 2 were all about the climb, Seasons 3 and 4 were about staying upright while you’re wobbling at the top, and now we’re going to get a season about what a threatened animal does when his back is to the wall. And in the words of Bart Scott: 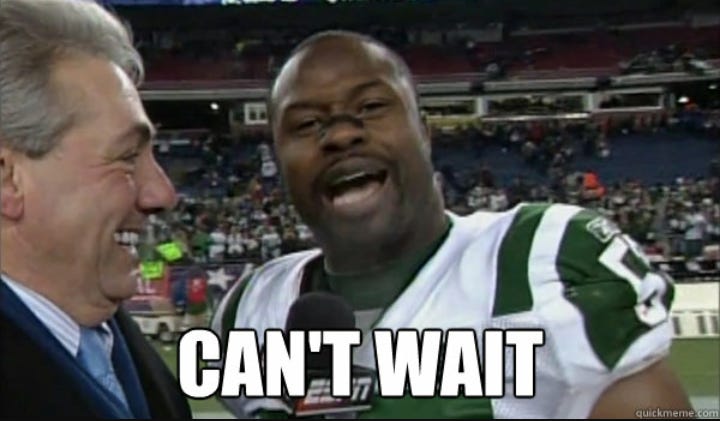