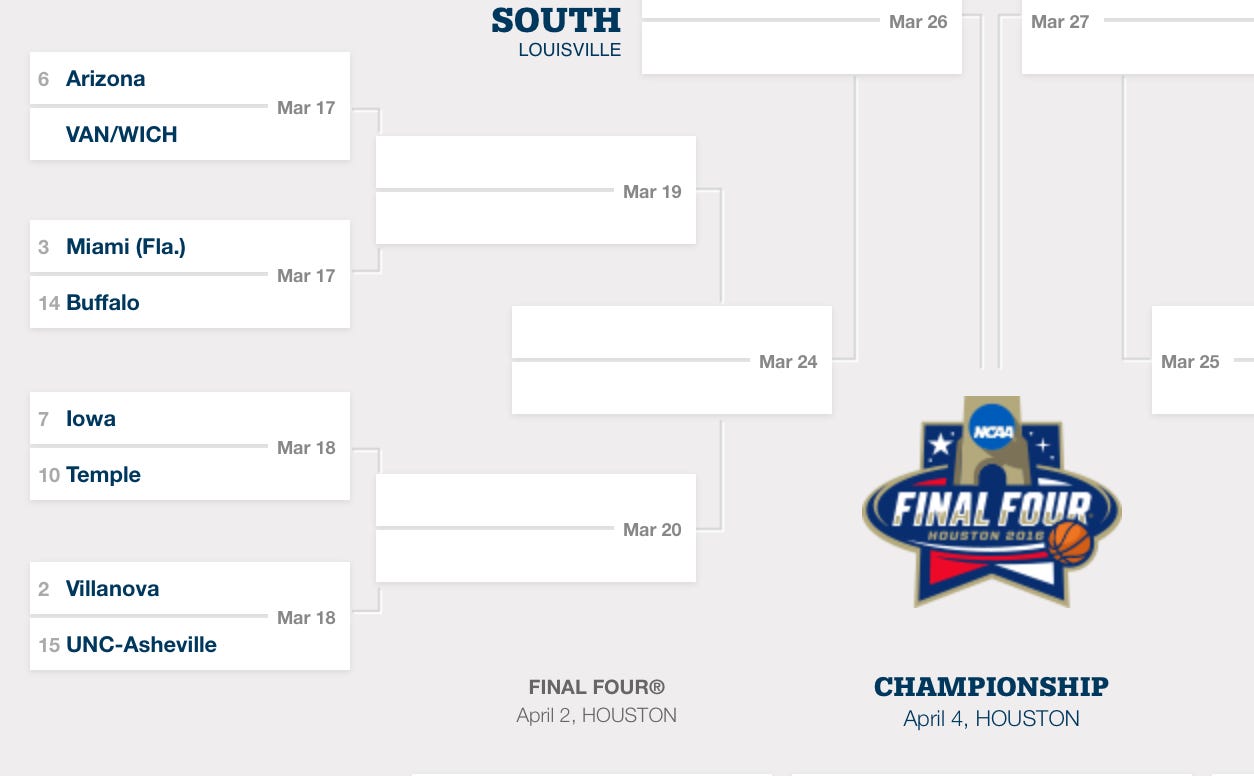 Here we go!  Iowa was once rumored to be a potential #1 seed and they eventually get a #7 seed and are set to play against Temple on Friday.  Feel the excitement! That’s what happens when you have an epic collapse the likes Iowans haven’t seen since…….well two years ago but still. How do I feel about this teams chances of making a run in the tournament? Let’s just say I’m happy we’re in and hopefully the team can forget some of the losses they’ve suffered recently.  Honestly, without multiple big wins against Michigan State and Purdue during the early going of the season who knows where the Hawks could’ve ended up. But here we are. #7 seed headed to Brooklyn to face off against the mighty Owls of Temple on Friday. Winner more than likely gets Villanova.  Let’s do this. Happy to see some Iowans are allowed in New York.