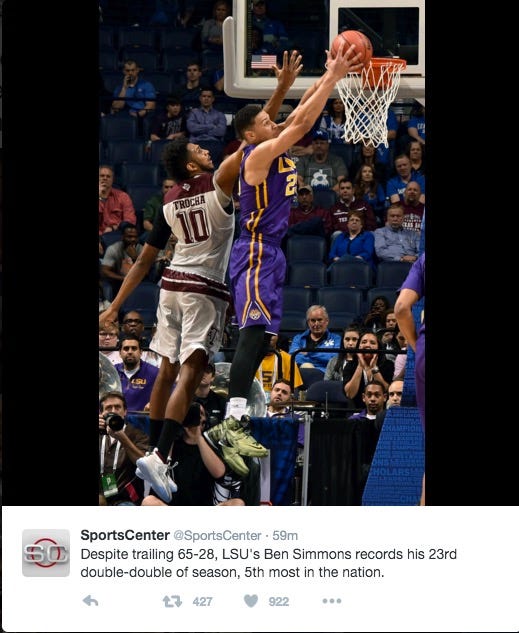 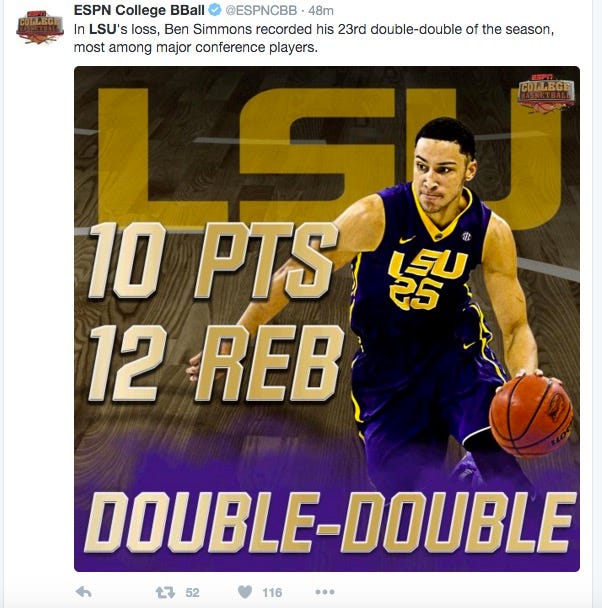 Absolutely hilarious. Looks like ESPN has officially found their new Lebron. “Despite trailing 65-28″…Ben Simmons got 10 points and 12 rebounds! Whoa! 5th most in the nation! And then the cool graphic highlighting that sweet double double…coming in the most embarrassing loss of the season, the sports laughingstock of Saturday, putting up the least amount of points in an SEC tournament game since the motherfucking ’40s.

Get Simmons to the NBA already and let us never have to care about an LSU hoops game ever again.