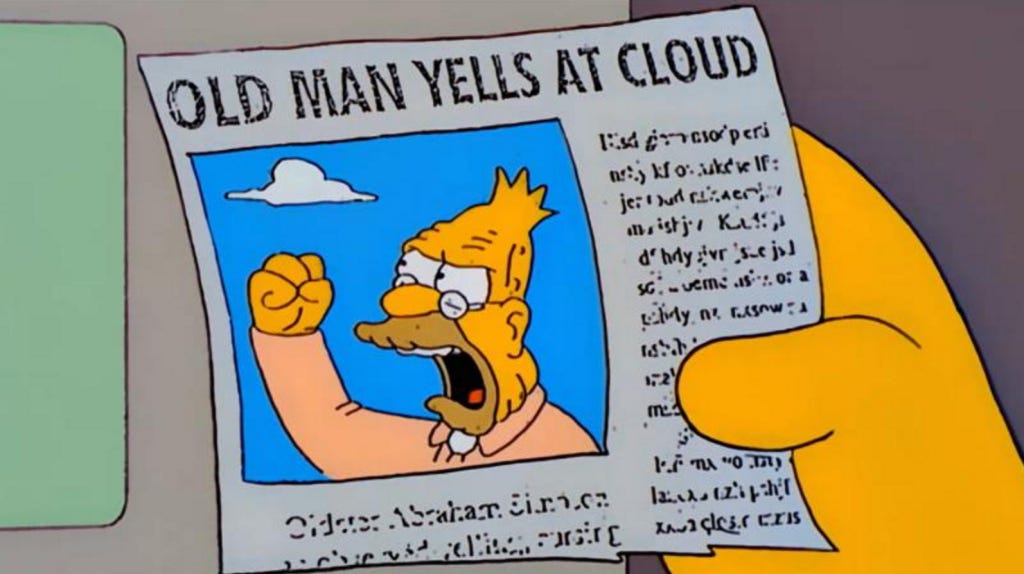 I don’t know why nobody has ever thought to do this, but if you think baseball is boring, then why don’t you put Goose Gossage in the broadcast booth of a national telecast? That’s just a license to print ratings. It’s the old Howard Stern model. People who love Howard Stern listen for one hour, and people who hate Howard Stern listen for two hours. Gossage just doesn’t give any fucks, so people would tune in just to hear what the old bastard has to say about anything and everything. It’s one of those things where it would be infuriating to listen to if it were being said by a credible person with a sound mind, but Gossage is just your senile grandfather, talking about the old days, and he can’t really be held responsible for what he says, because he just comes from a different time.

If you missed it yesterday, Gossage came after Jose Bautista and Yoenis Cespedes for their showboat style of playing the game. The two sluggers both responded to Gossage’s comments yesterday, and Cespedes ethered the Hall of Famer by saying he didn’t even know who he was.

Toronto was all up in arms about Gossage’s comments yesterday, so he was invited on this show up in Canada, and given the chance to back down from his harsh words. He didn’t. It’s worth the whole listen, because he’s just that crazy. Literally all over the place from Little League, to politics, to Cam Newton. Just what you’d expect from your crazy grandfather at the Thanksgiving dinner table.

The best part was when he said, “I wasn’t singling him out,” and then 60 seconds later said “I singled him out, because…” Cocaine’s a hell of a drug. Gossage’s direct quote was “Bautista is a fucking disgrace to the game. He’s embarrassing to all the Latin players, whoever played before him.” Ummmm pretty sure you singled him out, bro. And apparently Bautista is also responsible for Little League Baseball going downhill, too.

The interviewers were pretty big tools for asking him if he wanted to apologize for dropping F-bombs, and then when Gossage essentially called them a bunch of pussies by saying, “No. Why? You can’t take an F-word?” they flip-flopped so fast and acted like they were the biggest badasses in Canada. Oh, no! We actually say fuck all the time, Goose! Fuck yeah, Goose! Let’s get on with this motherfuckin’ interview, my man!

Then he gets to the Cam Newton thing — and big shocker, but he disclosed that he’s a Denver Broncos fan. But even if wasn’t a Broncos fan, something tells me that Gossage would still hate Cam with the fiery passion of a thousand suns.

Back in my day, we didn’t hug each other like these pussies out here today. We got fined if we even pretended to like somebody on the other team. Honestly, now that I think of it, maybe Gossage is like this because he didn’t get hugged enough. Some deep, deep shit in play here.

There was character in the game. I hated them and they hated me. And that’s the way we like it. Now, it’s a big love fest out there. Watch (batting practice): everybody’s running around, hugging each other. Like, the opposition. We got fined if we said hi to somebody!

He finished strong with his adamant stance against pies in the face after baseball games. Way too much fun, obviously. “If I see another pie in somebody’s face, I’m going to break my own TV. Act like a professional.” Could you imagine going Disney World with Goose Gossage? Just SO many people having fun that he would probably have a stroke. Keep Goose as far away from the happiest place on earth as possible. We need to keep Goose around, because he’s a Golden Goose for baseball blogging.