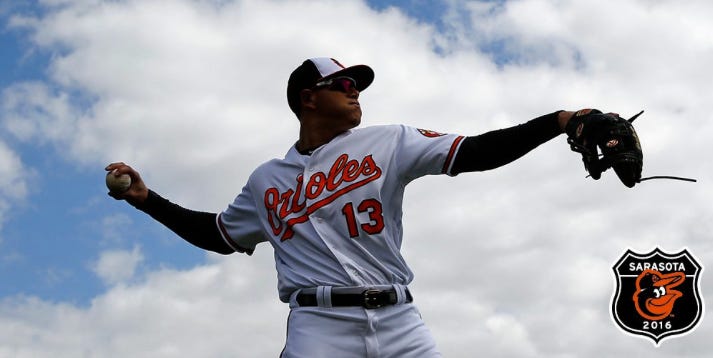 Spring Training is a little over 2 weeks old, and the Birds are still looking for their first W. Not ideal, but no reason to panic. But according to some fans, the season is over, no need for Opening Day next month. Lets just skip right to next offseason. While their record is 0-10-2, I’m not ready to even think about starting to panic. Lets look at two of their story lines a month into Spring Training. 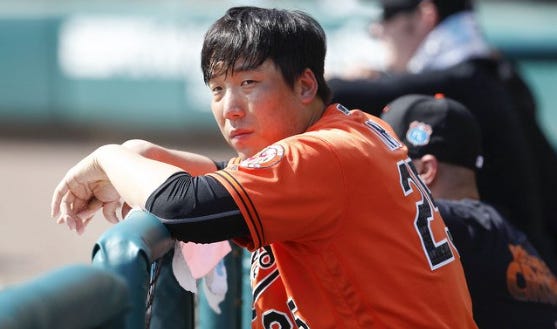 No one expected Kim to light the world on fire at the start of Spring Training, but no one expected him to go this many games without a hit. Now lets look deeper into this. Kim has played in eight games, and only had 24 at bats, three a game. During the regular season, he’s going to get four to five at bats a game, getting pulled early in a game isn’t letting him get into a rhythm. Me personally, I have only seen one of Kim’s at bats, but I’ve been reading that he is hitting the ball hard. Hitting frozen ropes right at outfielders, making solid contact on some balls, and he’s only struck out three times. He’s not 1-24 with 13 Ks, he’s hitting the ball hard, but he’s been very unlucky. That’s baseball, you have these slumps, his is just coming at the beginning of his career in the MLB. As I mentioned in the podcast, there is nothing to worry about with Kim.

He also is making a HUGE transition. Imagine coming to a new country for a new job where you literally can’t understand a word anyone is saying. Everything you do, you have to have your translator at your side. He’s under a ton of pressure, and I’m sure he’s nervous. People constantly talking about him not hitting isn’t going to do anything for his mental standpoint either. Roch Kubatko pointed out that he may not break camp as the starter in LF, and also needs to agree if the O’s were to send him to the minors. Maybe that isn’t the worst thing for Kim, see some more pitches, get his swing right, and slowly ease his way into the Majors. I wouldn’t count on seeing Kim continue to struggle. 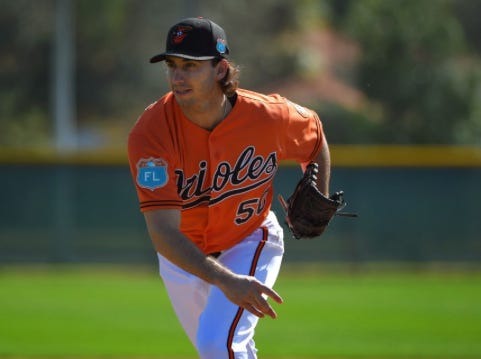 No way around it, some pitchers look bad. That is the one part the organization has said they need to improve over the years, what did they do this year? Go out and sign Yovani Gallardo to replace Wei-Yin Chen. Does that move give them a better rotation than last year? I wouldn’t say so, probably keeps it at about the same. Chen gave you that lefty to toss in the rotation, unless there is an injury to a few guys, it looks like the rotation will be all righties this season.

Miguel Gonzalez has been getting rocked so far, and Ubaldo had a terrible first outing, but both guys have their ERA’s back under 20.00. I’m not worried about their rough outings, just like I’m not worried about guys struggling at the plate. Pitchers are still working on getting their stuff down. I’d rather they get their stuff rocked down in Sarasota, and not in Baltimore in April. As bad as Ubaldo and Miguel have been, the rest of the major guys have been pretty decent. Bundy was hitting 95-96 on the gun, Tanner Scott was hitting triple digits (watch out for this guy in the future), Yovani made his first start and struggled a bit, 2.0IP, 4H, 3ER. The things I loved to see were Chris Tillman and Kevin Gausman perform well in the B games on. Gausman looked great in his three scoreless innings. Tilly and Gausman, those are the two guys that I am expecting BIG things from this season. I expect Yovani Gallardo, and Ubaldo to be pretty good, not great, and am not excited for Miguel Gonzalez. All the bullpen guy’s look great too, nothing to worry about there, just have to get these guys healthy, and back to Baltimore.

Keeping it short this week, I’m not worried about the O’s not getting a W yet, saving all their wins for the regular season, oldest trick in the book. Like Aaron said, just r-e-l-a-x. 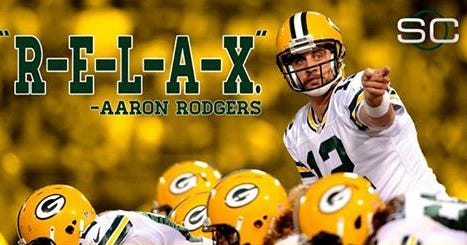 Counting down the days until the games actually count. Lets go O’s.