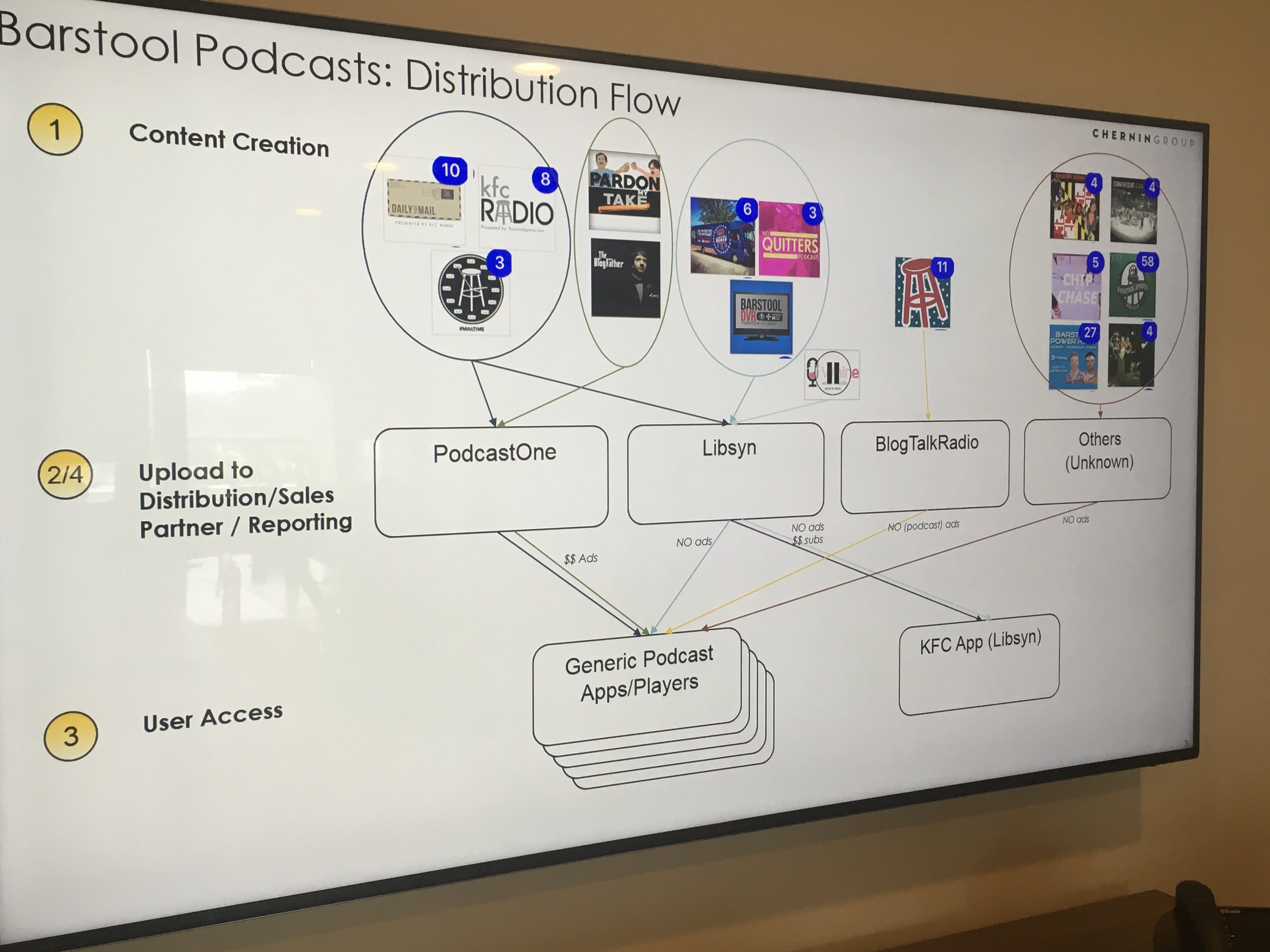 I talked about this in my new podcast today. For those who haven’t listened yet last week Big Cat, KFC, Hank and I were all at Chernin HQ’s in LA talking about our podcasting future amongst other things. We were in a huge boardroom and they had one of their most organized and smartest guys on their team trying to figure out exactly what we do in the podcasting space already. This is the chart he spent a week creating and was put on the big screen. I think this is the precise moment when Barstool finally broke Chernin. The exact moment when Chernin really understood who they got in bed with. It’s like that scene in the Simpson’s when you can literally see Ralph’s heart breaking. That was the exact mood at Chernin.

The Chernin guys yelling over each other trying to figure out what the fuck was going on. Who the hell is Whine With Kellly? What is Chip N Chase? Why is Elio on this flowchart? What is Blogtalk Radio? Just an absolute mishmosh of everything I’ve/we’ve done over the last decade. Things that were created, vanished and then created again without 1 second of thought put into why we were doing any of it. Podcasts from people who I’d never heard of and who don’t work here but somehow under our umbrella. Pure barstool anarchy at it’s finest. And now the question becomes can you fix the unfixable. I guess we’ll find out soon enough.