LOS ANGELES – (AP) — Authorities say a flight on a Los Angeles-bound plane turned into a mid-air brawl over a noisy boom box. It happened Wednesday morning aboard Spirit Flight 141 from Baltimore. Authorities tell the Los Angeles Times (http://lat.ms/224qeQU ) that two intoxicated women began blasting music. When other passengers asked them to turn it down, they refused and instead held the boom box in the air and waved it around. Spirit Airlines spokesman Paul Berry says that’s when a second group of passengers approached and there was a scuffle. Police were notified and when the plane landed at Los Angeles International Airport, five women involved in the fight were pulled off the plane.

A boom box?  Are we sure? I didn’t see no damn boom box.  Either the boom box was out of sight or the writer of that article is stuck in the 1980s. They made it sound like the girls we pulling a John Cusack in Say Anything and waving the giant boom box in people’s faces.  All I saw was hair pulling and punch throwing which I guess is fine. I can’t even imagine getting so angry on a plane that’d I’d start throwing punches. Airplane travel is the goddamn worst as it is. Small seats, babies crying, old guys snoring, shitty snacks and shitty movies. So then I’m gonna make the experience a billion times worse by freaking out and getting arrested? Fuck that. Then you gotta get off the plane and get on a flight laters. Nightmare scenario. Someone could literally punch me in the face on a plane and I wouldn’t flinch. I’d just take it and be like, “Get me home, get me home, get me home.”

You know who the real MVPs are? These people 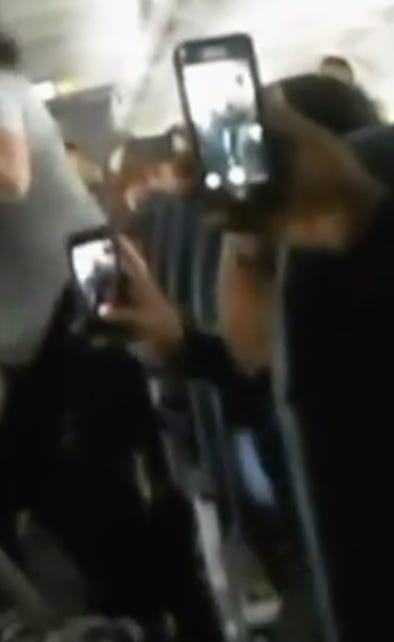 The people who are more concerned about getting the fight on video for their Snapchat than helping stop the fight. The amateur journalists who want Likes on their Facebook posts and tweets. Keep it up.  Without people like that we wouldn’t have video of the fight and that’d be a damn shame. 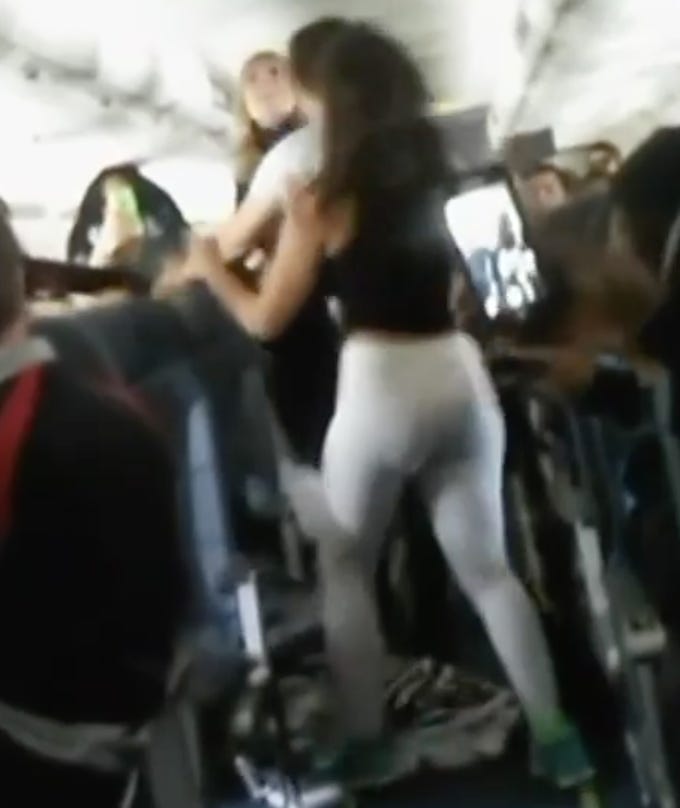