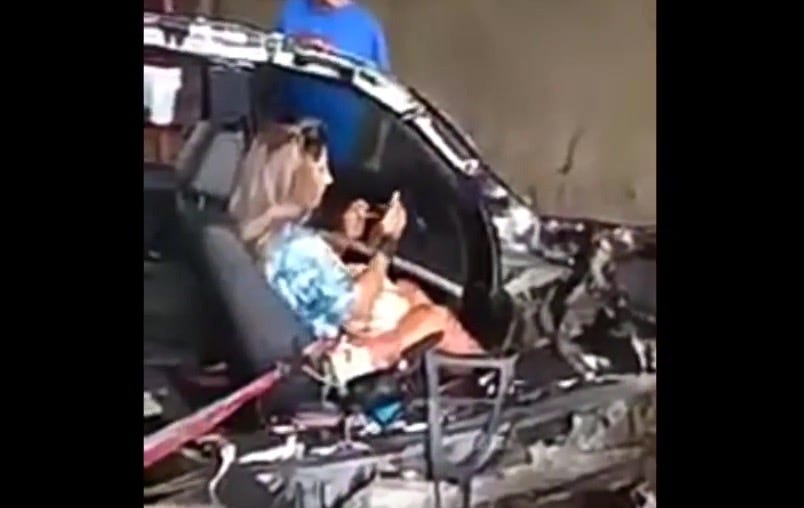 On the one hand it’s such an easy joke to make, woman doing her makeup behind the wheel (even though it’s not actually funny since women doing makeup while driving have contributed to around half of their accidents according to studies). And while I want to make fun of her, I can’t hate on this one bit. I always respect a woman who keeps her looks on point, the kind who doesn’t like being seen without her makeup or hair looking right, not out of insecurity or anything but because she wants to keep her look going. And I’m a big believer in “look good, feel good.” It’s like that Damn Daniel video with that kid mincing around all cocky in his fresh white Vans. So this girl is just taking it to the Nth degree. I’m not sure a fresh coat of makeup and some touched up hair will cure severe leg wounds or internal bleeding let alone her destroyed car but it’s worth a shot for sure.

Also I’m not a huge car guy nor particularly good at basic physics but does anyone who knows better have any read on what could have possibly done all that damage? I assume getting t-boned and then maybe the car being Jaws of life’d? Maybe she’s just in shock but how this chick is so calm throughout whatever Cloverfield monster did that shit to her car might be the most impressive part of this video.