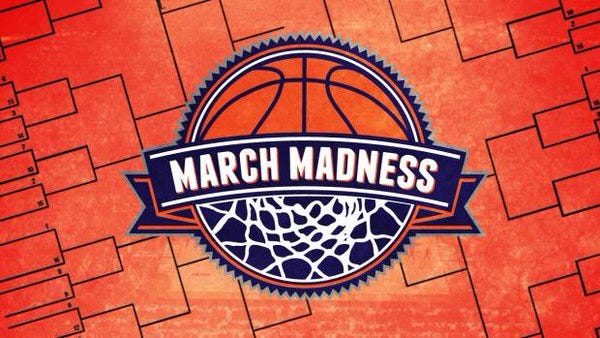 I can’t believe we’re just a couple days away from Selection Sunday, which is already looking like an incredibly weak field. Thanks to no dominant team (not necessarily the problem this year), teams like Holy Cross, who didn’t a win a road regular season game, started stealing bids. Typically one-bid leagues like the Horizon and MAAC aren’t sending their best teams.

Looking ahead to the NCAA Tournament, we’ll be doing some events with brackets and such and also a Rabble.TV – which is essentially a better group Periscope, so follow @barstoolreags for those events. Let’s get into this week’s questions.

Under. UConn just needs to win one game and they’ll be in the NCAA Tournament. I like to make fun of this UConn team because of the 10% of dumbass fans they have and Kevin Ollie is the easiest coach to crack a joke about for his in-game coaching. UConn is right on the bubble right now, depending where you look as one of the last 4 teams in or first 4 teams out. The win over Cincinnati, gives them a win over a likely NCAA Tournament team and a quality win. The Huskies do have wins over Michigan and Texas which will help their resume, but with the way the conference tournament week is going, a win puts UConn in. If they win just 1 game the question is whether they go to Dayton as a No. 11/12 seed or they get a bye into the Round of 64.

America wins. This is what the NCAA Committee should do for a First Four game. If they really want to put Wichita State in the NCAA Tournament (something I said yesterday I disagree with), this would be the ultimate play-in game. Wichita turned into America’s team a couple years ago when they made a run to the Final Four, now Monmouth and their dancing bench has that throne. Put them in middle America Dayton and let all of the country watch them on Tuesday or Wednesday night.

We’ll use Lunardi’s Bracketology from today to determine who is in the field. This is a question that’s been asked quite a bit over the last couple of weeks and now being asked on a regular basis. The names that have come up have been Vanderbilt, Texas, Arizona and Wisconsin as of late, so we’ll avoid them. Take a look at Notre Dame, who is currently a No. 7 seed according to Lunardi. They have one of the 10 best point guards in the country in Demetrius Jackson, who has experience playing in March. On top of that Zach Auguste is one of the better post players giving them an inside-outside combo. They obviously have big wins on the year including ones over North Carolina, Duke and Louisville, which means they won’t be afraid to play anyone. They also take care of the ball, ranking 3rd in the country in turnover percentage and in a one-game elimination all it takes is a hot shooting game. Keep an eye on Notre Dame and where they fall on Selection Sunday.

Is it insane? No. But, let’s remember Johnny Jones is sitting over on the bench there so it’s a longshot. Also, Ben Simmons solidified himself as an idiot last week when he called Stefan Moody a better point guard than Tyler Ulis and that Ulis gets all the calls. Can’t trust a guy that dumb on the court, no matter how good he is. I wouldn’t bet on LSU.

It’s that time of the year for random pools, which is one of the best things in the world. WiseWard100 is apparently in one based on most point scored by an individual player for the entire tournament. Obviously the play here is to see what teams you think will make at least the Elite 8, giving them three games. He’s right Buddy Hield and Denzel Valentine will get picked the most, especially Valentine as Michigan State will be a favorite pick to win it all. Take a look at Jamal Murray and Tyler Ulis for Kentucky, probably Murray more. People will take Ulis because he’s the bigger name but Murray is a volume shooter and scoring the ball incredibly well now. If you trust Oregon (I do) Elgin Cook is a name that a lot of people will pass over because he plays out west. He’s averaging over 14 a game, so he can give you quality games. I would avoid anyone from Xavier and West Virginia where the teams are incredibly balanced and don’t have a true go-to scorer.

I think Cincinnati should still get in even with a loss to UConn. The Bearcats are 32nd in KenPom, again something the committee looks into and the loss to UConn wouldn’t be a ‘bad’ loss. In fact looking at Cincinnati’s resume, the only bad loss they have is to Memphis and have wins over VCU, George Washington, SMU and swept UConn. On top of that, of their 9 losses, seven came in games that were decided by less than seven points. They’d likely fall to a No. 11 seed and be in Dayton, but it’d be hard to leave Cincinnati out even with a loss.