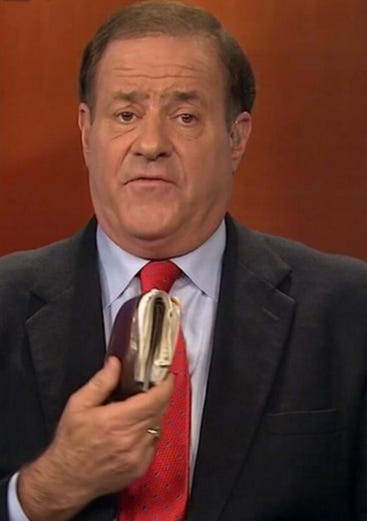 We launched our podcast “Pardon My Take” 9 days ago, and all its done is become the #10 ranked podcast in the world and #1 in sports. Not trying to brag, just trying to establish a baseline of facts. Well it seems some of the suits at ESPN arent too happy with the new kids on the block coming in and domnating the podcast game, and they’ve fired back by sending us a nasty “Cease and Desist” letter asking that we not only change the logo,  but also change the name of our podcast entirely on account of they claim it infringe’s on their intellectual property of “First Take” and “Pardon The Interruption.” If we dont comply with there demands by March 18th, they will be forced to take further legal action, which sounds like something youd say in a ransom video, kind of threatening to be honest. Why is it called “terrorism” when ISIS does this, but when its ESPN its apparently just good business practice? Seems like a doublestandard, and say what you want about the Islamic State but at least they’ve never broadcasted a entire summer of “Who’s Now.”

Now, I’m not a lawyer but thats actually an advantage in situatons like this. Roger Goodell uses the “I’m not a lawyer but here are some non-binding words”  technique all the time. Essentially not being a lawyer allows you to respond to claims as if you were a lawyer but without all of the legal ramfications that go along with having accountablity. You get the best of both worlds, so heres my repsonse:

WHEREAS its a disingenuous legal strategy to claim that we’re profiting on the recognition of ESPNs IP to help us promote our own services, when last time I checked the podcast charts looked a little something like this:

It seems to me that if the basis of your legal claim is that we’re confusing people into thinking that they’re subscribing to a ESPN podcast, how come we’re beating all of your podcasts on the charts? Some fuzzy math there on your part. Like saying that Michael Jordan rode Scottie Pippins coattails to 6 NBA champonships. In fact by your logic, I could make the agrument that  ESPN should be on their hands and knees thanking us for the publicty that will help their podcast subscriptions. God knows how many people out there have accidentaly subscribed to PTI or FT thinking they were signing up for Pardon My Take. Matter fact, there are good grounds to countersue you for revenue that you’ve gained via accidental downloads from our drunk listeners that have accidentaly clicked on PTI since its right next to our logo. Instead of mailing a “cease and desist” you should be sending us “continue and proceed” letters by the truckload.

-WHEREAS You dont own the trademark to the words “Pardon” and “Take”. If the name of the podcast was “Pardon The My First Take Interruption” I could see why maybe youd be confused into thinking our show was somehow affilated if you were in the dumbest 1% of our listenership, which would basically mean youd have to be 3 weeks-dead of rabies at that point & therefore extremely unlikely to be consuming our podcasts in the first place. If someone started a show called “Outside the Insiders” would that be a infringement on Bob Ley and Adam Schefter? I have two seperate toilets in my apartment for if I ever get a girlfriend, does that mean I should expect a “Cyst and Diseased ” letter from His and Hers? Sounds like you havent thought through the consequences.

Matter fact, I didn’t even realize the name of my own show was a play on words until 3 months after Big Cat suggested it to me and I saw the logo. HOWEVAH (Stephen A Smith voice- please don’t sue me for impersonaton), it seems you might not be familar with our nations laws regarding protecting parody.  I do find it exeedingly unlikely that ESPN would claim that they dont know what “Parody” means, since Rick Reilly did 7 years of nothing but parodies of his old SI columns on your site and you guys never fired him. But just in case I believe it was Justice Rehnquist who noted in the landmark Roy Orbison v 2-Live Crew ruling “funny people are aloud to make fun of unfunny people.”

-WHEREAS ESPNs lawyer is undoubtedly unfamiliar with “The Streissand Effect” which as I understand it is when someone gets famous even though they dont really have any talent because of extra media attenton, like Barbara Streissand did. So thank you so much to ESPN for sending this to us and building up our street cred. How many people in the podcast game have ever been sued? Cements us as the first Bad Boys of iTunes. Boy I sure hope you don’t sue us again, that would be awful. In the meantime I got this fence I’m going to be whitewashing, so whatever you do don’t send any lawyers over to help me paint it.

In conclusion, here is my counter-offer:

Before we let you leave, your lawyer must cross that field, present himself before this army, put his head between his legs, and kiss his own arse.

In the immortal words of the Cleveland Browns legal department:

Attached is a letter we receved on March 9th, 2016. I feel that you should be aware that some asshole is signing your name to stupid letters.