Let’s gooooooooo! Love the Hulkster cutting Twitter promos before heading back into court today. Hogan is about to unload the biggest leg drop of all time on Gawker’s candy ass. It’s just so funny that he can tweet anything as Hulk Hogan and then walk into court and be like “nope, I didn’t Tweet that, that was Hulk, I’m Terry”.  The line between the two of them is growing thinner each and every day as this trial gets wackier and wackier. I have no idea what to expect today, but I know they will rebound from yesterday’s rather boring day besides A.J. Daulerio being a complete dick during his testimony.  I need more talking about if Hogan’s dick wears a bandana. Need more of the chick from Jezebel looking like the biggest hypocritical bitch of all time, and I don’t use that word lightly to describe her. She literally said under oath she would have no problem with a newspaper putting up hidden camera footage of women showering.

Yesterday’s proceedings ended with this really important journalism professor talking for 45 minutes about ethics and morals of journalism and how Gawker broke every ethics code possible. Which was interesting to me as a blogger for the obvious reason that we, here at Barstool, are all on record that we are not journalists. We do not hold ourselves to those standards. Which is why it’s so funny that Deadspin, SB Nation, et al run around with their fedoras and holier than thou robes on, proclaiming they are here to protect the internet and then publish sex tapes, pay for Brett Favre’s dick pics, write 18,000 words defending a serial rapist, etc. It reminds me of when people would get mad at Jon Stewart and he’d be like (paraphrasing) “what the fuck, I’m a comedian, I’m not a journalist. Be mad at CNN, be mad at FOX News, don’t be mad at the guy whose lead in is South Park.” That’s how we feel, or at least how I feel. I’m here for the fart jokes and boobs, not to be held to some sort of journalistic integrity, and I have absolutely no desire to.

The trial continues today and apparently will go into next week as well. I’m still waiting for Gawker to pull out their big guns, which I assume will be some heavy 1st Amendment lifting. And that’s where it’s going to get interesting, is if a leaked video is protected under the 1st Amendment, and if he has a legal right to privacy while in another person’s home. Trial rolls on today. 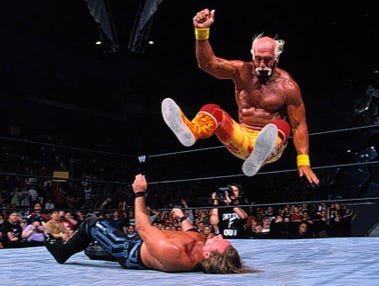