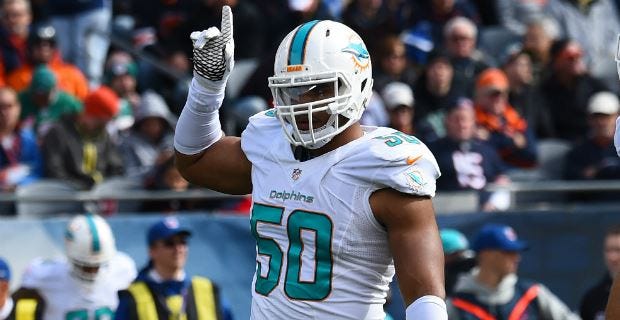 Look at Jerry Reese making it rain like Pacman Jones in his prime. Spending like a GM sitting on a chair made of liquid hot magma with a guillotine hanging above his head. Now Olivier and Pierre-Paul have formed The French Connection on the poor NFL’s ass. All that’s left is for Reese to select a linebacker on the third day of the draft that every Giants fan has to talk themselves into yet again.

So obviously that is a MASSIVE contract, to go along with the money invested in Janoris Jenkins and Snacks. But fuck it. The defense HAD to be fixed and the Giants had the cash to get it done, so here we are. If you don’t find your pass rushers in the draft and get to milk a few years out of them on the cheap, you have to spend. And if you are going to throw that cash at a player, let it be a 25 year old pass rusher that has never missed a game and accumulated 29 sacks. In the NFL, like is a lot easier when you have a quarterback and a pass rush. The Giants won their last two Super Bowls with that combo. The quarterback is all set. Hopefully today’s signings, plus any upcoming moves and our draft picks get that quarterback into the playoffs again to work his magic that doesn’t always quite make sense. Giants owners gave Reese a gigantic pile of money and told him to spend it as he chose. And Reese said “I choose violence.” So keep spending Jerry. Keep spending like your job depends on it. Because it truly does.

And this, along with the firing of the strength and conditioning coach, can’t be a bad thing for a team that is always banged up, right?

Now get you ass to work, Spags!