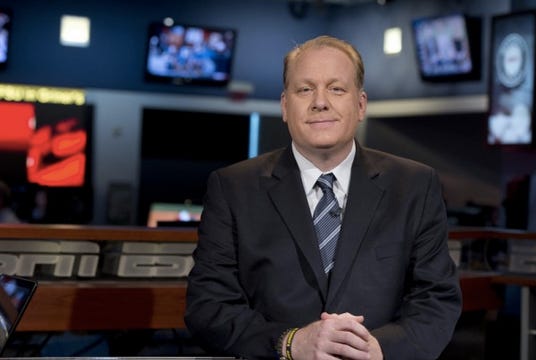 I guess this was from the FEC filing that Curt had to fill out when he donated to Ben Carson’s campaign, an activity he apparently decided would be more fun than seeing what happens when you put money in the microwave. Not the choice I would have made, but whatever, Curt’s never been an “I know what to do with money” guy and he’s not about to start now. I respect him for that.

Anyway, I love the fact that Curt is refusing to turn his key on this one. He knows it’s over, he knows ESPN hates him because he can’t stop being your kinda racist uncle sharing stupid memes on Facebook, but he’s not walking away. There won’t be an amicable split where everyone is “still friends.” You want me gone like I know you do? Fire me, because I’m not fuckin’ leavin’. As long as the checks keep clearing, Curt will keep signing them over to the GOP which, for some reason, really upsets Bristol.