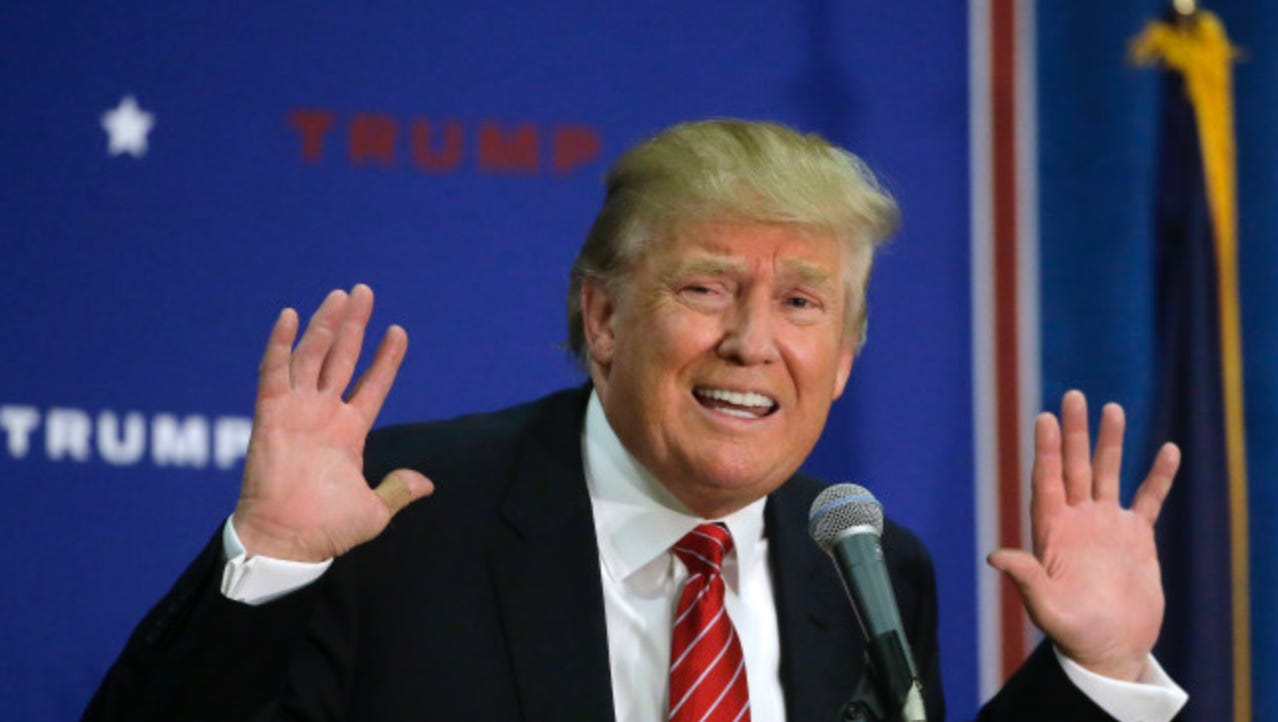 Put up or shut up time for The Donald. It should be illegal for anyone to blatantly say, or even hint, that they have a big dick then not show everybody. Maybe even make it into a law. We so rarely are told the truth by anybody.  Everybody is just allowed to lie their faces off and nobody can do anything about it. Well that would at least partially change with this dick law. That might sound weird but it’s the truth. We can’t have people lying like that. If you say you have a big dick, prove it. It’s the law. Don’t have a big dick? Then don’t say you have a big dick and there won’t be any problems. I have never once said I have a big dick because I know better. At least this way we’ll be able to weed out the liars from the truth tellers.

It is especially pertinent if that person very well might be our next president. Donald Trump says he has a big dick? Put your money where you mouth is and have a replica of that thing put in a Las Vegas museum. Done and done. In fact, his whole candidacy for president should hinge on whether or not he has a big dick because it would prove whether he’s a liar or not. Trump shows that he actually has a big dick? Here are your keys to the White House and build that wall. Turns out he doesn’t actually have a big dick? Go back to reality TV.

PS- Also, “my dick is so great it’s in a museum” would be one hell of a pick up line.