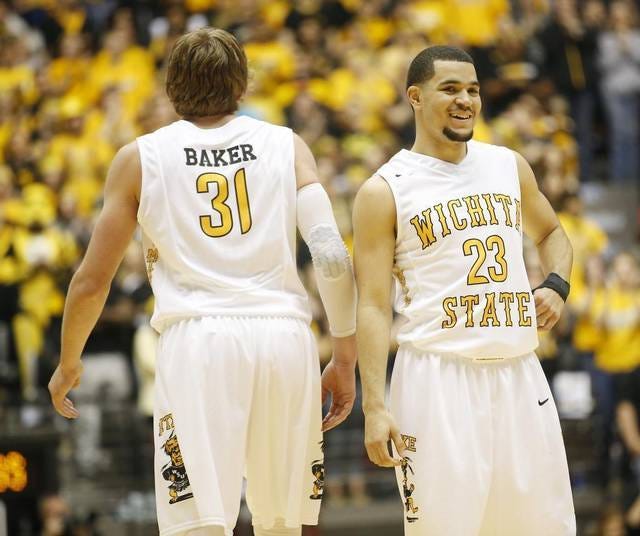 If you’re a fan of a team on the bubble, the conference tournaments have yet to be kind to you. Most importantly the losses by Wichita State, Valpo, Monmouth and St. Mary’s have made Twitter, ESPN, CBS, etc. into full debate mode about who deserves to get into the NCAA Tournament.

With the major conference tournaments underway, we’ll take a look at some of the main bubble teams everyone wants to talk about and make a case about why they should and shouldn’t be in the NCAA Tournament.

Case For: The Shockers suffered one of the most important injuries as Fred VanVleet missed four games early in the season. During that time Wichita went 1-3 with losses to USC, Alabama and Iowa. The committee said they would take into consideration the injury and after that stretch the Shockers easily won the MVC and has a victory over Utah. The committee also said they take advanced metrics into consideration and they are currently ranked No. 11 in KenPom but No. 48 in CBS’ RPI. They should pass the eye test and have the name thanks to recent success and the backcourt of Fred VanVleet and Ron Baker.

Case Against: Even with FVV playing they have one quality win. Personally, I don’t think you can pick and choose what injuries matter, USC and Alabama are getting full credit wins for the games against Wichita, the loss should count the same as well. They didn’t make the title game in the MVC. They are just 1-3 against top-50 KenPom teams so the resume simply isn’t there.

Verdict: I wouldn’t have them in, but I believe the committee will still put Wichita State in the NCAA Tournament, likely as a No. 11 seed.

Case For: Look, the bubble is weak this year this isn’t anything groundbreaking. Based on that I believe you shouldn’t reward teams for going 8-8 or so in major conference play. Valpo NCSOS is the 62nd best in the country, so they challenged themselves and picked up wins over Iona, Rhode Island and Oregon State. They swept Oakland in conference play (the No. 2 seed in the Horizon) and went 2-1 against Green Bay (Horizon winners). Again advanced metrics give them the edge – No. 38 in KenPom and No. 52 in CBS RPI, with the 11th best AdjD in the country.

Case Against: The Horizon League is 18th out of 32nd so winning the regular season wasn’t incredibly impressive. They do have two bad losses in the nonconference to Ball State and Belmont, both who fell early in their conference tournaments. They only have 5 top-100 wins, two of which are against No. 99 Oakland. Much like Wichita State, they didn’t make the conference tournament title game.

Verdict: The lack of signature wins in the nonconference leaves them as a No. 1 seed in the NIT.

Case For: Much like Valpo, they challenged themselves in the nonconference. The Hawks have the 20th best NCSOS in the country and have wins over UCLA, Notre Dame, USC and Georgetown. All those games were either on the road or neutral court, adding a little bit of help for Monmouth. They lost by three in the MAAC title game, where they lost to the No. 71 ranked team. Justin Robinson is one of the better point guards in the country and can take over a game, eye test wise they’ve proven they can play with almost anyone in the country on a neutral court

Case Against: They have some horrendous losses with three of the seven coming to sub-200 ranked teams. They went 1-2 against Iona, who was the No. 2 seed in the MAAC and won the conference tournament. Advanced metrics aren’t fans of Monmouth, ranking No. 65 in KenPom and No. 54 in CBS RPI. 16 of their 27 wins came against sub-200 teams, showing an inflated record.

Verdict: One of the last two teams in the NCAA Tournament, playing in Dayton

Case For: Won the WCC, which has been a multiple bid league numerous times before. St. Mary’s went 2-1 against Gonzaga, a known name that won the WCC Tournament last night. Advanced metrics are funs of the Gaels, No. 34 on KenPom and No. 36 on CBS RPI. One of the most prolific offenses in the country, 15-3 conference record and 27 overall wins are numbers to take into consideration.

Case Against: Incredibly weak nonconference schedule, ranking 318th in the country. Of their nonconference games only one came away from home, which was a 4-point loss at Cal. Outside of St. Mary’s, Gonzaga and BYU, the WCC was incredibly weak this year, with the next highest ranked team being Pepperdine at No. 132. Only two top-50 wins (both Gonzaga) and 5 top-100 wins on the year.

Verdict: The eye test and advanced metrics are keys here. St. Mary’s is safe and should be a No. 9/10 seed.