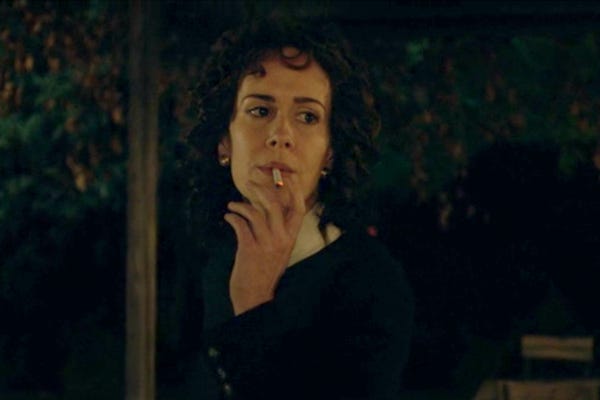 Disclaimer: There are a ton of Vines in this blog and may cause issues viewing on mobile devices or slow Internet connections.

So last night was our officially unofficial Marcia Clark episode. We go to the always sunny Ms. Clark for her comment on this.

Yup, that’s about right. The Virginia Slim of Voir Dire. The Marlboro Woman of Magistrate. I think the cigarette count for Marcia Clark trumps everything else in this show, including “Juice” drops from David Schwimmer (especially now that the Kardashian brood has gracefully disappeared from the show)

Just a casual reminder of how good of a guy that O.J. was.

Tired white woman comes home with that head rub while Otis Redding is playing = Foreshadowing 101 for she’s gonna probably relieve some stress by getting her brains screwed out on or off camera later in the episode.

We get a glance of The Showstopper Johnnie Cochran doing what he does. Setting up witnesses.

To knock them down. #GOAT

Remember when I said Foreshadowing 101? This is like Foreplay 101. I went into this thinking Marcia and Darden probably hooked up here and there during the trial. Now I think the trial was the only thing that stopped them from bumping and grinding.

Not sure about you guys, but I’m fully aroused.

Anyway, we got to meet my favorite character of this entire series (save for that minx Mrs. Coach). Rosa Lopez jumped out of everyone’s TV screen as Mr. Yonny’s ride or die chica and I loooooved it.

Which then seamlessly rolled into a “Kiss From A Rose” montage drop out of left field and splatter all over our faces. I had “Wicked Games” in my head all day yesterday as I kept watching the Game of Thrones trailer and I wasn’t complaining at all. But having “Kiss From A Rose” in my head since last night is the definition of an upgrade.

Which leads to Marcia swinging her swagger stick and new haircut.

When the bad guy from Drumline calls you out with THAT fake afro, you know shit is bad. 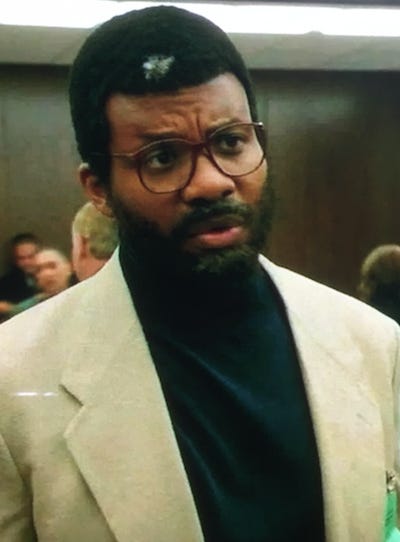 And then Ito goes out and throws Ether all over Marcia Clark’s face. And I loooove Travolta’s response. I feel like this is Travola going off script and is just happy that he isn’t the only one that looks completely ridiculous anymore.

We’ve said this a few times this season, but this has to be the line of the series so far, right? The balls of this cashier must have been dragging on the floor as he rang up the Nicotine Queen.

Have you ever wondered what it would look like if Nathan Lane dropped a surprise N Bomb on a couple of black people at a bar? Well here is your answer!

Mark Fuhrman gets the “Wrestling heel being led to the ring by the other members of his three-man tag team” like Demolition in their prime. Most underrated tag team ever (Shout out to the people that watched 80s/early 90s WWF).

The bloody glove being a size small leads to some dick jokes. Glad to see that we have evolved from those being in murder trials to presidential races.

Have you ever wondered what it looks like when Nathan Lane takes a sip of water and then drops 100 hard N bombs at 11 at night, causing everyone that lives in apartment buildings to turn their TV volume down to 3? Because here is your answer. And yellow Solo cups? Be more soft, L.A.

First we had a knife being found at O.J.’s estate in the middle of the running of the show. Now we have the episode of Marcia Clark’s nudes going public just 24 hours after Erin Andrews’ lawsuit was ruled on. I’m calling shenanigans, Hollywood.

Gotta say, Marcia Clark wasn’t always some evil, angry, bitter old bird. Young gun Marcia had it going on. Even was rocking the black out box way before Kim K. 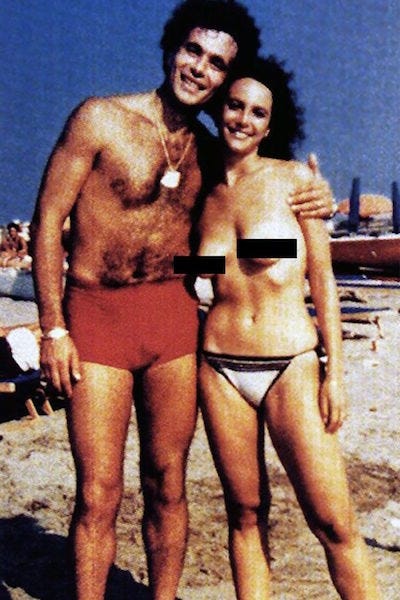 Which leads Marcia to break down crying. And who is there to say her? Big Chris D. Darden The Destroyer. Foreshadowing 101 class complete. All that starts with Otis Redding ends with Otis Redding and the stench of sex in the air.

Grade: B. That was actually a pretty fun episode to watch. Any TV episode with “Kiss From A Rose” gets an automatic C+. It’s like just attending an easy class in college. Bunch of strongly implied sexual situations knocks it up to a B+. But it takes a big hit for again not having a glimpse of Mrs. Coach. So here is your moment of zen.

Now play us off Seal!

And because I have to.