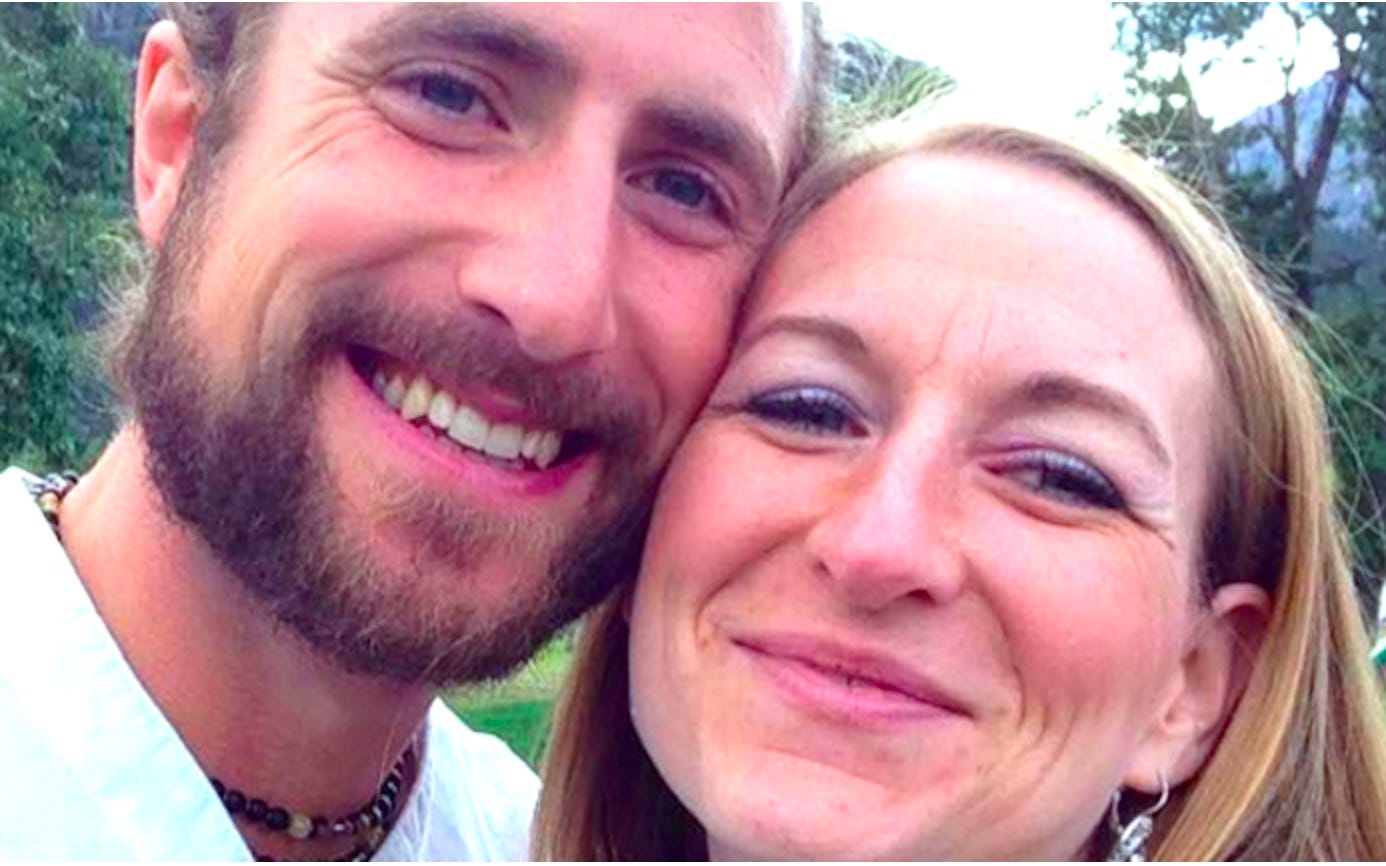 Savage – Two Canadian anti-vaxx parents have been accused of letting their 19-month-old son die of meningitis, a treatable disease for which they refused medical care and antibiotics. Instead, they tried and failed to heal their son with home remedies in March 2012. David and Collet Stephan tried to cure a disease that infects the fluid around the spinal cord and brain with such treatments as olive leaf extract, whey protein, water with maple syrup, and juice with frozen berries. After young Ezekiel continued to suffer for two weeks, the Stephans changed treatments to apple cider vinegar, horseradish root, hot peppers, onion, garlic, and ginger root. When Ezekial stopped breathing, the child was finally airlifted to a hospital, but the damage had been done. After lingering on life support for five more days, he died. The couple is claiming that they are being unjustly persecuted, with a recent social media post from David Stephan dramatically lamenting “Will we ever be free?” before asking his followers for money. They are pleading not guilty on all charges. The Stephans own and operate a famously fraudulent nutritional supplement company called Truehope, which has been sued by Health Canada for peddling dangerous supplements.

Is your blood boiling yet? Well just go ahead and read his facebook post. Keep in mind this is like a week after his 1 and a half year old died. (Note: Its long, but you dont need to read the whole thing to get the gist)

Will we ever be free?

I am not sure that Collet and I have ever looked forward to a weekend as much as we have now. Last week was quite eventful getting settled into court, attempting to balance family life, trying to figure out a new way to receive donations and lastly, having our car engine pretty much explode (more on this in the next update). As such, Collet and I have been extremely sleep deprived, stretched thin, and attempting to take on more than is humanly possible. If ever our spirit’s have felt broken, yesterday was one of those days and the past day and a half has served as burnout recovery. We are both starting to recoup from the past week by setting our focus on those things that are most important and we are feeling more ready to attend the next week of court.

Moving on to the great opposition that we have been facing in regard to fundraising websites. As many of you know, we have had some attacks on our previous GoFundMe account and then on our YouCaring fundraising account… both of which have led to them being shut down. We were concerned as to who would be attacking my family and why? We had our ideas, however just the other day we had an admission from someone operating under a fake alias that provided us with enough clues that we have a very good understanding of who the group is that is attacking us. They are well aware of my family and have spent a considerable amount of time attacking us and our work for 15+ years, many times under fake alias’. We have found there actual names on Health Canada documents that showed that they were greatly responsible for initiating the seizure of our mental health supplements at the border back in 2003, that ultimately resulted in numerous suicides as over 3000 Canadians were relying on our products in favour of pharmaceutical medications and were now put into a place of hardship. This group is known to put on seminars that are sponsored by various pharmaceutical companies for the purpose of defaming and disparaging any treatments that are outside of allopathic medicine including chiropractic, naturopathic and homeopathic medicine. One of these seminars was solely dedicated to the defaming of my father’s company that is known as Truehope.

Coming to the knowledge of who was behind these attacks is one of the most challenging things that I have come across in a while. I have never had personal dealings with these individuals in the past, however I was well aware of them and despised them for the actions they had taken that resulted in great harm to many people in Canada. It hit me hard this week as I came to the realization that I had never forgiven them and was carrying a great burden as I held these individuals in contempt. Now that contempt was being magnified as I was experiencing their attacks firsthand and it was putting my family into a state of hardship. And they were successful at what they were doing as with the limited amount of fundraising we could do over this past week, we gratefully generated approximately $1000, however we were previously generating that much per day and the past week of court alone will have cost us over $10,000. Needless to say, you can imagine the level of resentment that I was harbouring towards these individuals over this past week as I have had to focus a considerable amount of time on this issue, depriving my family of the limited quality time that we could have, dedicating it towards creating a new and secure infrastructure that we can accept donations from. Due to this I have felt extremely weighed down and captive to my emotions for the past few days.

So the question is, will we ever be free? Free from the turmoil… free from the attacks… free from being plagued with anger and hatred. Yahshua (Jesus) once said “And you shall know the truth and the truth shall make you free”. Free from what one must ask? Free from the Romans or any other tyrannical government of that time or ours? Sure! But before that can take place, the people that are in bondage to these external forces must first be free from themselves. It is us as individuals that place ourselves in bondage. Why? Because we do not accept the truth and as such we are bound by our emotions, our anger, our hatred, our fears and we are no longer in control, but rather being controlled from within. We are subjected to internal slavery. It is because we do not live the truths that we are to Love unconditionally as we are loved and that we are to forgive others as we are forgiven. To show compassion, mercy, charity to others as we would hope for ourselves. We do not accept the truth that we are all Divine Sons and Daughters of a Divine Creator. This perspective alone should change our outlook toward others regardless of who they are or what they have done. Regardless of their ideologies and how destructive they may be. They are Divine Sons and Daughters just as you and I are, and as such, they are entitled to our unconditional Love and forgiveness just as much as any other Divine Creation.

It was only after our brothers and sisters in India adopted the “Satyagraha” (“Firm in Truth”) movement alongside Mohandas Gandhi, that they achieved their independence from Britain. How did they do it? Not through physical force, but rather the force of Love that compelled the British to turn away from their brutal tactics and leave the country. Love is not complacency, but rather the greatest force known to man, able to permeate any bitter and hardened heart. It is the greatest force of change and should not be taken lightly. There is a shift or an awakening taking place and Love is at its core. Collet and I have begun to recognize this and realize that these experiences that we are going through are assisting to accelerate this awakening within us. We are all beings of light and Love and we will never truly become who we were meant to be until we are liberated from the tyranny within us. As we are beginning to accept the truth and allow the Love to flow freely, we are being set free.

To the group that has actively and maliciously attacked Collet and I… We Forgive You! Not only do we forgive you, but we Love you. We Love you as Divine Creations of our Father. And as hard as it has been to come to this conclusion, we thank you! Albeit, we do not like the hardship you have put us in, we are grateful for the role that you have played in our progression. May God bless you with an abundance of Love as he has blessed us. May any bitterness that has place within your soul be far removed from you.

Collet and I would Love to express our gratitude for the tremendous outpouring of Love. We apologize if we have not responded to any of you as we have been receiving about a hundred messages per day that we deeply appreciate, but have not had the time to respond. We now have 3 ways that you can donate whether it be by credit card, interac e-transfer or cheque by mail as seen on our cover photo. We are also hoping to have our blog up and running shortly as well. Thank you all for your Love and support and playing a part in our journey. May God continue to bless you all for your beautiful hearts and most kind deeds.

David, Collet and the Boys

1305 words. Not one single mention of their child they just lost. Rambling the fuck on and on and on about the Divine Creator and how they can get more donations. “Will you ever be free?” No, cocksuckers. You will not be free. Because you’re going to jail for life because YOU MURDERED YOUR BABY. These 2 should be sentenced to death by maple syrup. Just fill them up with Aunt Jemima until they explode. Fucking lunatic assholes. Even Jenny McCarthy’s crazy ass thinks this is insane. I just went through the whole vaccine process and I’ll be honest I can see in some instances where you’re like “Does my kid really need this one?” Like unless your infant is sexual active or a heroin addict, I dont think they really need some of those shots. But even the anti-vaccs morons think these 2 hippie maniacs are dickheads. How you can sit there for two weeks and watch a 19 month old suffer like that until death is flat out appalling.

And I’m so sorry you’re being persecuted on the internet! How will you ever survive! Maybe you should just go eat some twigs and fucking berries. Apparently that cures everything! Despicable.