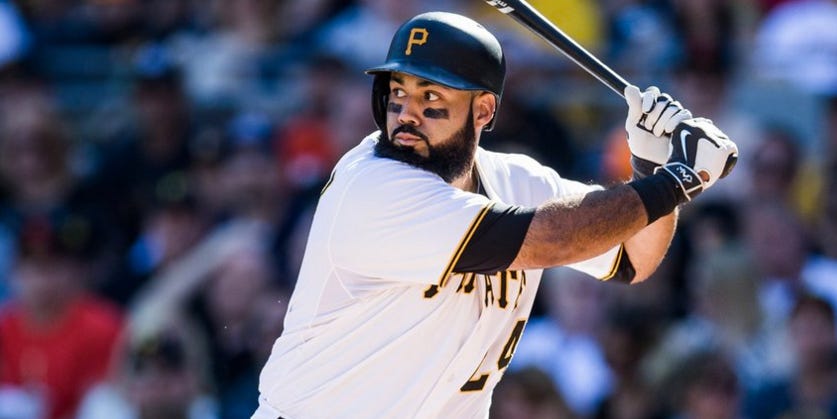 Pedro Alvarez is coming to Baltimore, but he better leave his glove in Pittsburgh. Alvarez agreed, PENDING PHYSICAL, to a one-year deal worth $5.75 million, and could earn another $1.5 million with incentives.

Alvarez now gives the O’s six guys who have a legit chance of hitting over 30 bombs. He loved that porch in right field in Pittsburgh, now he has his sights on the warehouse. With as many times as he jacked it into the river in Pittsburgh, I think he becomes the first player to hit the warehouse in a game this year. Alvarez and Davis give the O’s some solid left-handed power this season.

Just have to hope that the entire offense doesn’t go cold that the same time, that could look ugly. As Joel Sherman pointed out, the O’s now have three of the top ten guys in strikeout % over the last three years, Davis 2nd, Alvarez 4th, and Trumbo 9th. This team could realistically hit 230 home runs, but could also set the record for team Ks.

This kind of puts the O’s in a log jam though. Where is he going to play? DH? Right? He isn’t taking first or third from Crush or Manny. My initial guess is he is mostly at DH, which will push Trumbo to right field, and likely leaves Jimmy Paredes without a job once he is healthy. Alvarez is a perfect fit in the AL, because he is a perfect DH due to his shitty glove.

Overall, I think Pedro finds a nice home here this season in Baltimore, hits over 30 bombs, breaks some warehouse windows, and hopefully never has to use his glove. Just adding another solid guy to #DongCity.