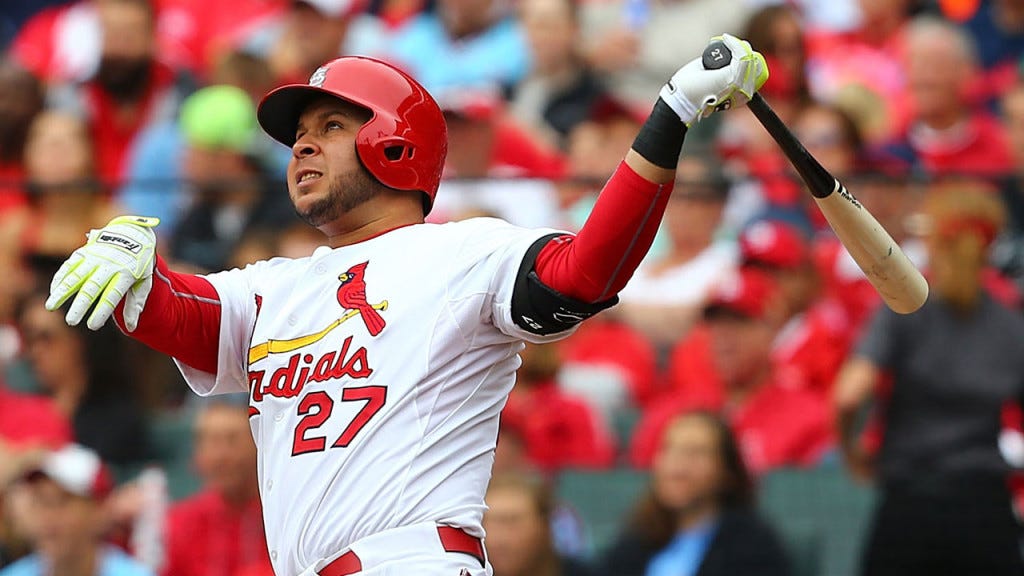 Bad news for the St. Louis Cardinals, as they could be without their All Star shortstop for two-to-three months with a thumb injury.

In the Cardinals spring training game on Saturday, Jhonny Peralta made a sliding play to his right that resulted in a torn ligament in his left thumb. The injury is similar to what Cardinals catcher Yadier Molina suffered this past September, which required not one, but two surgeries. It’s a another big blow for St. Louis, as Peralta has hit 38 home runs and driven in 146 runs for them over the last two years. The Cardinals power has taken a big hit over the last two seasons, with Matt Holliday hitting the disabled list twice last year with a quad injury that limited him to a career low four homers. Matt Carpenter hit 28 homers out of nowhere last year, after averaging six home runs per season in his four seasons leading up to that, so I’m not sure you can bank on that power repeating itself in 2016. And it certainly doesn’t help that St. Louis lost Jason Heyward to the Chicago Cubs in free agency this past winter.

Over the offseason, the Cardinals traded Jon Jay to the Padres in exchange for infielder Jedd Gyorko, who figures to see the most playing time in Peralta’s absence. This sucks for Cardinals fans, but if Peralta really has to miss up to three months with a thumb injury, then there’s nobody who’s more bummed out than Ian Desmond, a natural shortstop, who waited all offseason to secure a job, and a week ago today, signed with the Texas Rangers to be their left fielder. But the Cardinals are like the Detroit Red Wings of the MLB. They may not win it every year, but they always find a way to make it to the playoffs. The Cardinals will tread water with these injuries, and then they’ll find their way to October, like they always do.