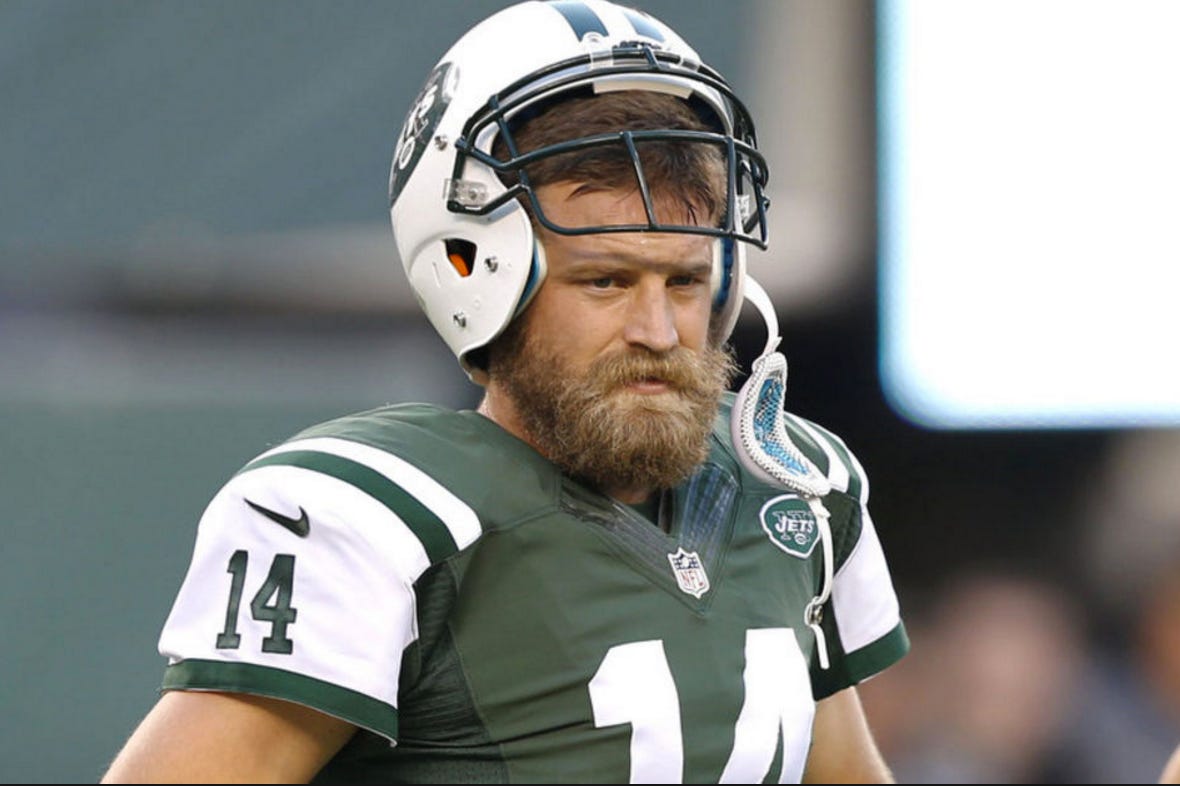 Potential quarterback drama with the New York Jets??? No way! No how! I dont believe it!

Listen its obviously early in the offseason. Teams can start talking to everyone in a few minutes. If you ask me where Fitz ends up I still think its with the Jets. Negotiations were going fine until the Bearded One saw that beady eyed weirdo Sam Bradford get 18 mil a year and now hes getting cocky. Cant blame him. Theres really no reason he shouldnt ask for that, if not more. Its makes things a little more difficult but ultimately, this is the best fit. For a number of reasons on both sides.

I know Week 17 against Buffalo pissed a lot of fans off. I know in the end it was Fitztragic instead of Fitzmagic and he shit the bed with the playoffs on the line. I know we’re talking about a 33 year old dude and he’s not some long term franchise quarterback. But the dude pretty much put up the best season any Jets quarterback has ever had. And while thats more of a commentary on this team’s historical QB play, the point is that he put up almost 4,000 yards and over 30 TDs, won 10 games, brought some stability to the team, has shown he will die to win, and has said all the right things at the right times. He’s the best option for the Jets in the next few seasons during their never ending search for a cornerstone under center. And while the QB market is eternally thin and the Bradford contract raised the bar for Fitz’s value, the other side of the market isn’t exactly appealing either. I mean who out there is really gonna through huge cash at a 33 year old Ryan Fitzpatrick? The Rams? If I’m Fitz I’d much rather stay put and continue lobbing up TDs to one of the best 1-2 WR combos in the NFL.

So AT THE END OF THE DAY *Stephen A Smith voice* I think both sides realize they both make the most sense for each other.I dont think the Jets should be pushed around into giving him too much money but I think Fitz understands the situation as well. A little negotiating hardball is not the end of the world for either party.

What is the end of the world, however, is even the remote possibility of Geno Smith ending up this team’s starter, AGAIN. I’ll make a promise to you right now that if Fitz ends up walking and this team hands the ball back over to Geno, I’m out on the 2016 season. There’s actually a group of fans that still believe in Geno Smith as a viable option at quarterback which is INSANE. I, myself, will not subject myself to another season of that dude, so lets just make sure we negotiate properly but ink Fitz to a deal so that some of us dont have to jump off a bridge. Deal? Thanks.