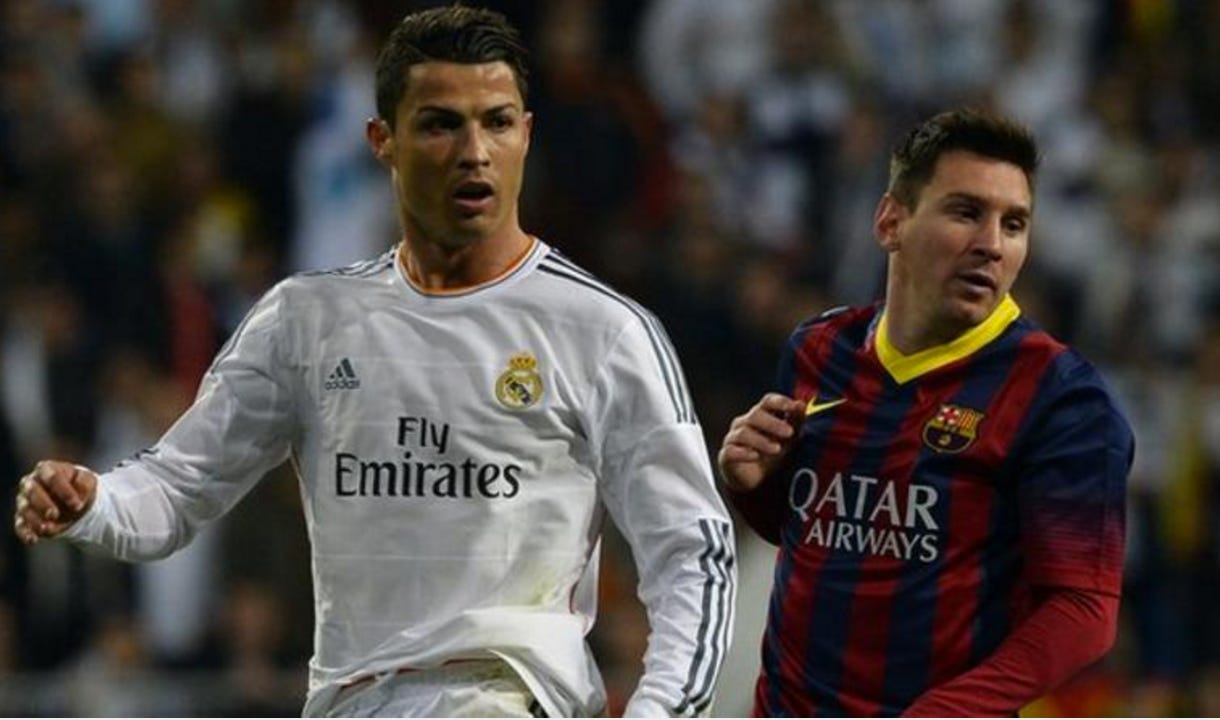 BBC - An argument over whether Lionel Messi or Cristiano Ronaldo is the world’s best footballer has led to a Nigerian man being charged with the murder of his friend. Police in India confirmed the Nigerian national Michael Chukwuma, 21, stabbed his 34-year-old compatriot Obina Durumchukwu in a Mumbai suburb on Sunday following an argument.  “The two Nigerian youngsters were discussing football players. One is a fan of Messi and the other was for Ronaldo,” a police inspector said. “During the conversation a quarrel has taken place. The deceased threw a glass into the face of the accused person. The glass broke and caused small injuries. After that the accused took the broken glass and assaulted the deceased person who died due to heavy bleeding.” In January Messi won the Ballon d’Or for a record fifth time. Ronaldo has received the accolade on three occasions.

Well this is just another example of soccer having that extra gear that no American sports seem to really have. I mean we always bust soccer’s balls and make fun of flopping and what not but at the end of the day Futbol Fans are the most hardcore sports nuts on the planet and there’s no debating that. The Beautiful Game aint really so beautiful. There’s riots in the stands and referees being murdered and fireworks thrown at goalies. Children are probably conceived or beaten depending on the outcomes of games. And you got buddies murdering each other over a simple sports debate like Messi vs Ronaldo.

Over hear we’re passionate. We get excited. We get animated. But can you imagine someone murdering a dude over Jordan vs Bird? Killing another person over Peyton vs Brady? Like Portnoy talks a big game but he aint smashing a glass and slitting someone’s throat with it. Outside of Philly and 2-3 times per year in the Bay Area, we just dont have that sort of murdery passion for our sports.

Anyway I gotta know who was who. I’m no soccer expert so I cant really breakdown which fan would really be the type to murder someone in a sports argument. Neither really seem likely. I mean if Luis Suarez was in the convo, I could see why shit got deadly. But Ronaldo vs. Messi? The Pretty Boy vs the Good Guy? I feel like rooting for Ronaldo is like rooting for Arod so I’d imagine the Ronaldo fan ended up dead. Fans of those types of players dont seem like they’re ready for a soccer hooligan knife fight.