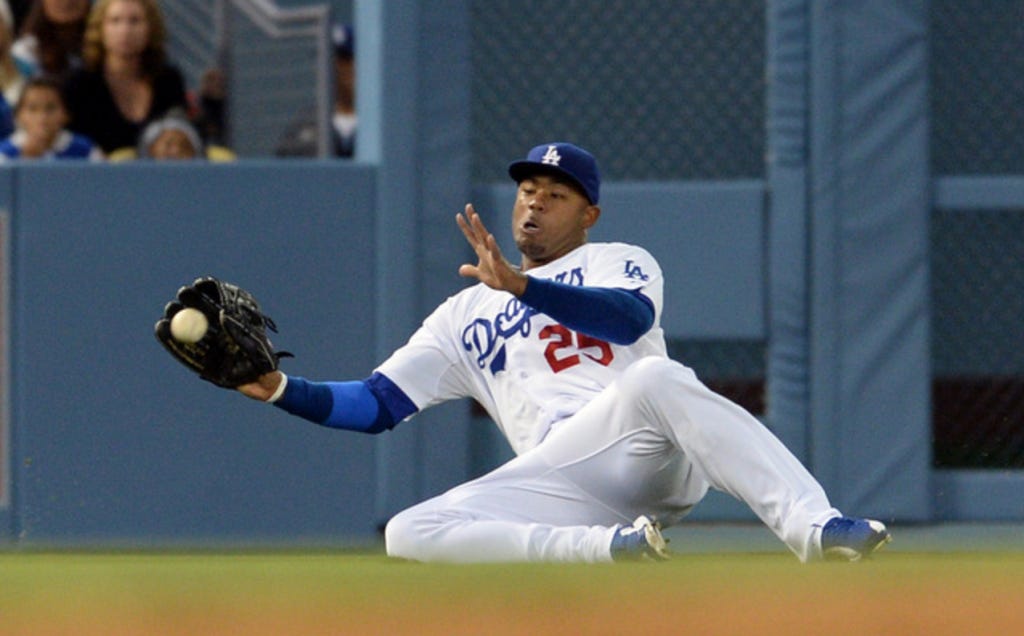 I’ve never necessarily rooted for Carl Crawford to fail — not because I’m above that sort of thing, but rather because it was more of an out of sight, out of mind situation with him.

He was on another team, in another league, and on the other side of the country. I kind of, thankfully, forgot that he existed. But if there’s one thing that drives Boston fans absolutely insane, it’s a lack of accountability, and Crawford was one of the whiniest complainers to ever play for a Boston sports team. Might actually be right up there at the top. He’s been pissing and moaning about his time here in Boston ever since Ben Cherington sent his ass packing to Hollywood in August of 2012.

One of Crawford’s favorite pastimes is blaming Boston for the worst years of his professional career. Although he makes it seem like he was captured and brought to Boston to play for the Red Sox against his will, he’s actually just an idiot who admittedly gave zero thought to his decision prior to signing the seven-year, $142 million contract.

“I would like to think I know when it’s time to make big decisions in your life you know to do a little more research,” Crawford explained. “Look into a little bit more. I decided to sign with the Red Sox in five minutes. I didn’t have no time to think about it. They told me this, bam, 10 minutes later I was signing with the Red Sox. It was one of those things I didn’t look into it as much as I should have. I didn’t call other players and ask around. I didn’t do nothing. I just had my eye on one thing at the time.”

It’s not his fault. He just didn’t have no time to think about it. It happens, and you move on. But the point of all of this Crawford in Boston talk, over three years later, is that the Dodgers have informed the 34-year-old that he will now be backing up Andre Ethier in left field. Yup, that’s Yasiel Puig in right, Joc Pederson in center, and Ethier in left. That makes Crawford a fourth outfielder, who is still owed about $42 million over the next two seasons.

I feel like Ethier has had his name involved in trade rumors for the last five years or so, but last year he put together a .294/.366/.486 season, while Crawford had his worst season since his first year in Boston, hitting .265 with a .707 OPS, and only managing to play in 69 games. Crawford was placed on the 15-day disabled list at the end of April with a strained oblique, and later transferred to the 60-day DL in June, before returning towards the end of July, effectively costing him a starting job in 2016.

“I’ll get spot starts and be ready to pinch-hit for the pitcher a lot. That’s pretty much it — just be ready to come off the bench. I want to play, but I understand I put myself in this situation, so I knew it could happen,” said Crawford. “I’m not in position to argue with them. Right now, I do what’s asked of me and keep trying to improve myself and be sharp and ready to play when my number is called.”

Wow, so I guess it wasn’t all Boston’s fault after all, huh?