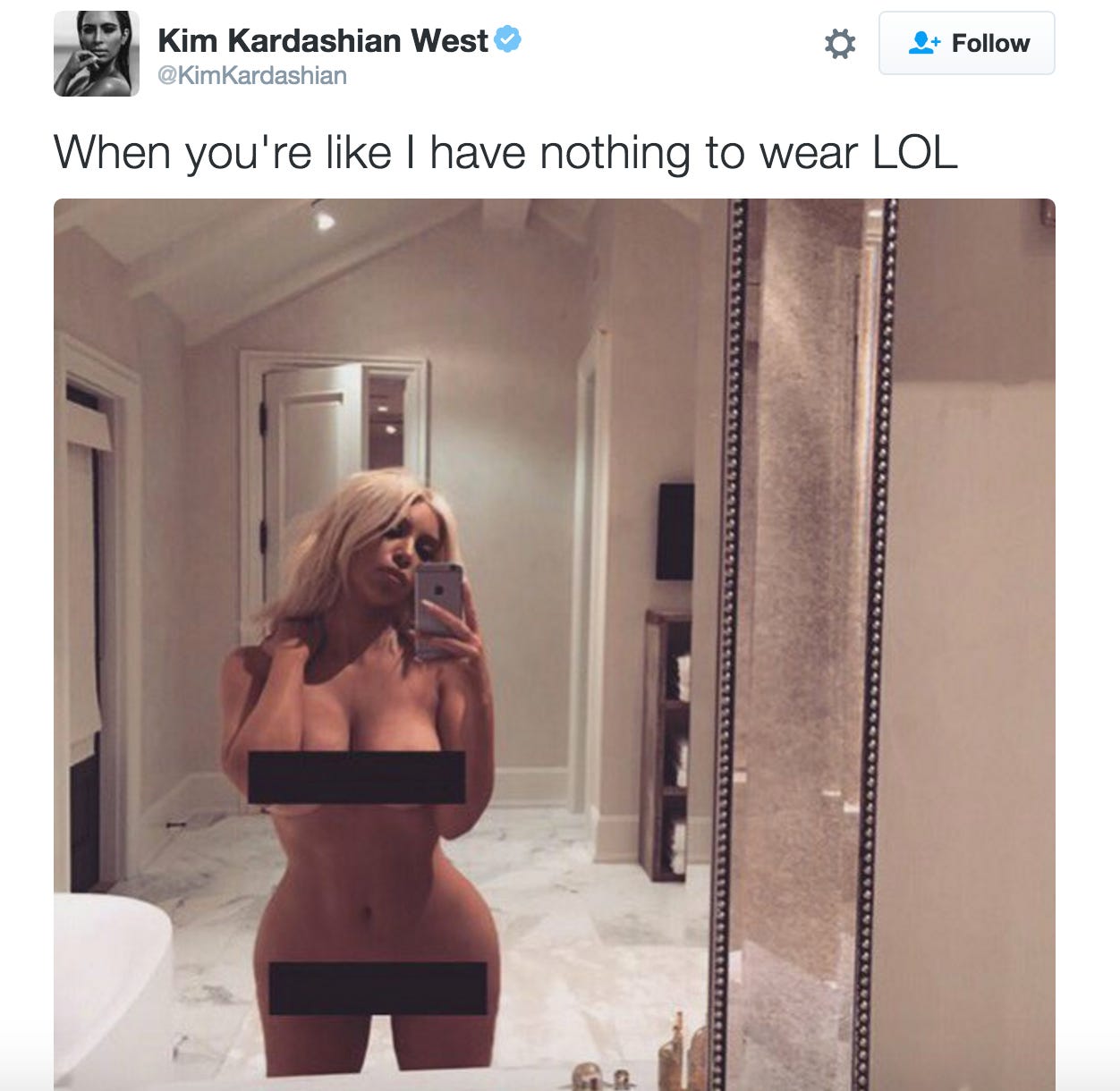 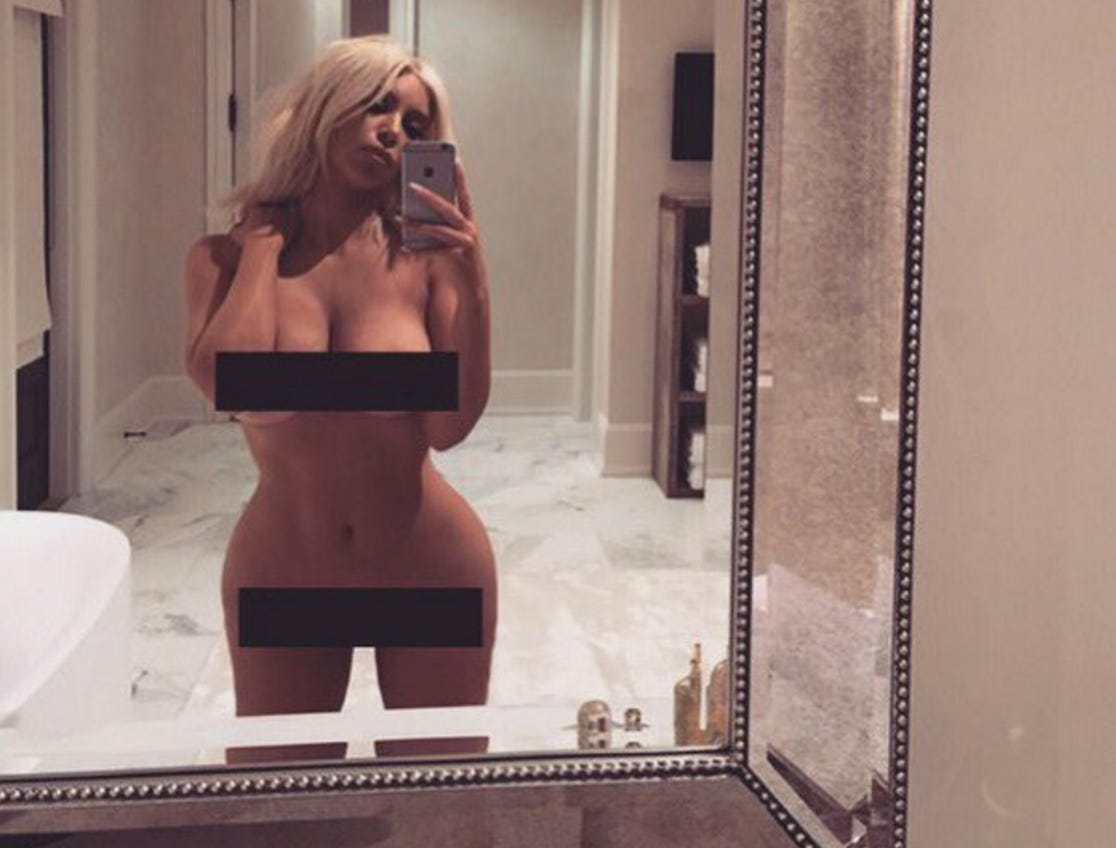 Kim Kardashian. The absolute best at being the worst. For real there is nobody as good at being terrible. This picture has it all. A) Gratuitous nudity thats probably photoshopped, plus 2) a complete lack of self awareness regarding your obnoxious wealth, and D) all dropped right on everyone’s head at 3am on a Sunday. Its the quintessential Kim Kardashian picture. Its such a ridiculous photo and worded in such a way that people are just going to lose their fucking minds over it. Every chick is going to be going BALLISTIC over her supposedly looking like this just a couple month after popping out her second kid. Its airbrushed or photoshopped or filtered or just flat out an old picture and every chick will probably hate her for it. She’s probably got about 20 million dollars worth of clothes and is complaining she has nothing to wear, coming right on the heels of her rapper husband begging the public for money. And while the rest of the world is probably sleeping getting ready for work on a Monday morning, she’s taking pictures of her pussy in the bathroom mirror. Either so oblivious to what she’s doing or doing it all completely on purpose and either way I gotta respect.

Poor Kim and Kanye. No clothes to wear. No money to make their dreams come true. Just a classic American couple trying to get by on hard work and hopefully little bit of luck. A true underdog tale of romance.

PS – Really, with the black bars, Kim? Everyone has seen you get fucked and you just posted pictures of your vagina in a magazine with a champagne glass balancing on your ass. I think we can skip the censorship.