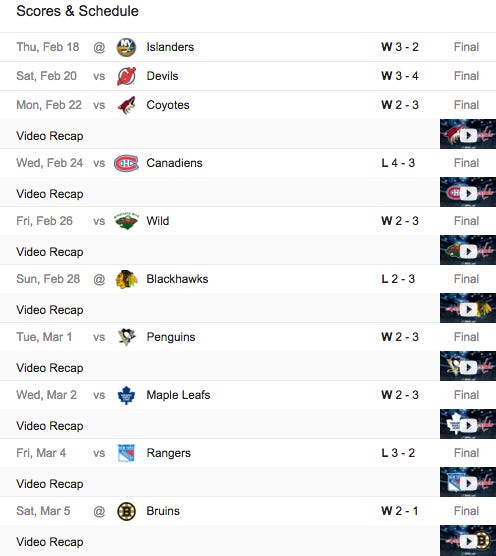 Kings of the 1 goal game. 10 games, 7 wins, all decided by 1 goal. It’s not quite the first half of the season when it was a no-brainer that the Caps were going to score, score often, and kick your head in while doing it. But boy oh boy are they still winning. As of today, March 7th, the Caps have yet to lose back to back games in regulation. And INSANE accomplishment for this time in the season. To not lose back to back games in regulation just shows how resilient they are coming out of losses. There’s no wallowing in bad losses, disappointing losses, they just get back out there and win. And this last week showed their resiliency. They played Tuesday and Wednesday, had a day off, then played Friday and Saturday. One loss in there to the Rangers, which stings, but 3 wins in those 4 games ain’t too shabby.

Now the Caps hit the West Coast to play the hottest team in the league, the Ducks, who have won 11 in a row and now lead the Pacific. Then they play the Kings on Wednesday and the Sharks on Saturday. Three tough games before returning home to a lighter schedule. 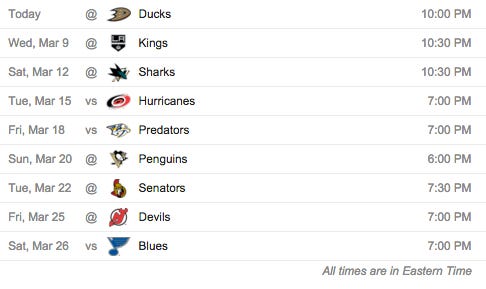 The Caps have hit the 100 point mark. The Lightning and the Rangers are tied for second in the east with 82 points, 18 behind. Only 17 games remaining in the season before the playoffs. I’ve never been more scared in my life.

PS: Did another episode of Chip n Chase with Chief. We somehow do really good podcasts together. I wouldn’t even allow it to go up if I didn’t think it was good. Best hockey/drinking podcast on the Internet or your money back.