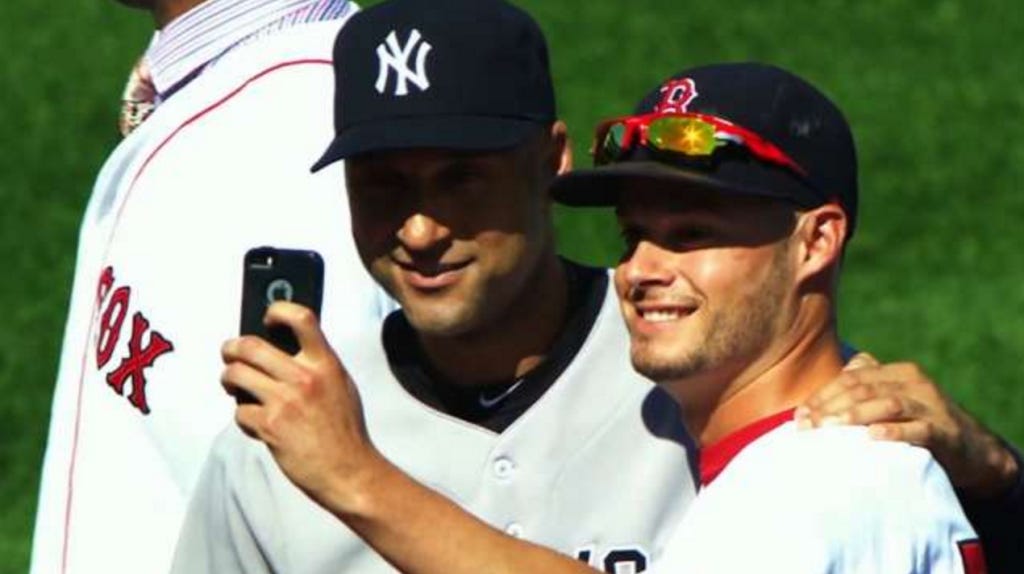 No, seriously. I’m not complaining that the MLB is letting players use Snapchat during a spring training game. Knock yourself out. Dick pics for everybody. But why don’t they do different and fun stuff like this during the All Star Game instead of “making it count”? I’ve talked about this a little bit before, but I love the NHL All Star Game. Why? Because it’s fun. Now, don’t get me wrong — I enjoy the MLB All Star Game because it’s the closest thing to the real game than any other sports’ All Star Game, but let’s drop the making it count thing already.

Take a page out of the NHL’s book and have fun with it. Just like they do in the NHL alumni games where they mic up the players and interview them while they’re out on the ice. I’d love to see something like that during the MLB All Star Game. Instead, we’ve got Justin Cronkite — excuse me, Verlander, in the dugout every time talking about god knows what. Give the fans access to the game that they wouldn’t normally get in a regular season or postseason game, because a majority of fans don’t care enough to watch spring training games. Not only that, but the MLB barely even broadcasts any of them.

A couple of weeks ago, I wrote about how MLB wants to change the rules at the youth level to make the game more appealing to kids. I talked about how I fell in love with baseball as a kid, and it wasn’t because I played Little League, it was because I loved the MLB product because there were so many superstars and so many likable players in the game. That’s what the All Star Game should be. The MLB All Star Game is the highest rated All Star Game of any sport, so use that stage to market your stars. We’re in an era now where a ton of the game’s best players are all under the age of 30. Use the All Star Game to not only showcase their ability on the field, but to give fans the inside look at who they are as personalities, too. There’s no doubt it’ll attract more fans.

The All Star Game is a game that shouldn’t be taken seriously — nobody else does — so stop taking it seriously. Let them take selfies in the outfield if they want to. Mic them up so that I can hear what Barry Bonds is saying to Torii Hunter after he picks him up off the ground for robbing him of a home run. You want the younger generation to care about baseball more? Use what you’ve already got at your disposal.