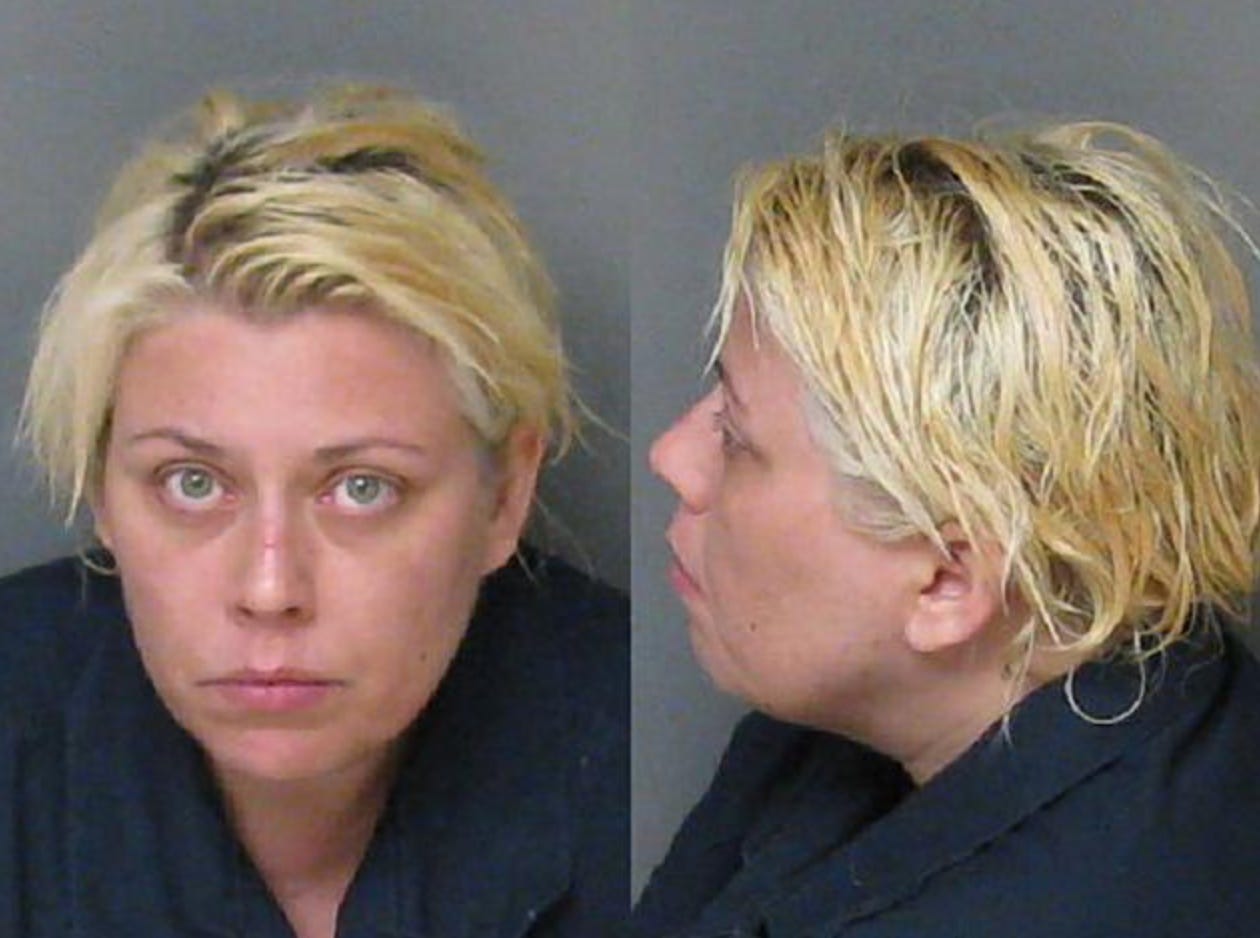 Daily Mail- A 911 call to authorities in North Carolina has suggested a woman killed her husband and a couple he met after catching all three in bed together at her house. The caller also claimed that Crystal Leah Gambino, 42, put the body of the female victim in a wheelbarrow and took it out to a burn pile in the backyard of the home in Alexis, a small town north west of Charlotte. The triple homicide occurred on Monday night. The 911 caller, who identified himself as Gambino’s brother-in-law, described her as ‘moderately crazy’ and said she had called another relative and told them she killed her husband, Giovanni James Gambino, 40, and two other people. Police have since identified the other two victims as Geoffrey Glenn Gilliland, 39, and Stephanie Lynn Sanchez, 33, The Charlotte Observer reported.

I was all set to call this lady a lunatic and a psycho for murdering a bunch of people in cold blood because her husband didn’t invite her to his sex party at their house. That’s the natural reaction to a story like this. But then I read that her name is Crystal Gambino and it changed everything. Listen, I don’t know much about anything but here’s a stone cold fact: Never ever ever ever cheat on someone named Crystal Gambino. Just don’t do it. It’s a hard and fast life rule like waiting 45 minutes to go swimming after you eat or not walking under a latter or not sleeping with a stripper without a rubber. These are just accepted things that everyone follows. No matter what. This dude getting murdered is his own damn fault sorry to say. It doesn’t even matter that Crystal’s maiden name isn’t Gambino. All that matters is her last name is currently Gambino and you don’t mess with Gambinos. Gambinos walk with a cold-blooded swagger. They will cut you or worse. You sure as shit don’t cheat on a Gambino by having a threesome without them in your own bed. That’ll put you on the fast track to Deadtown, USA.