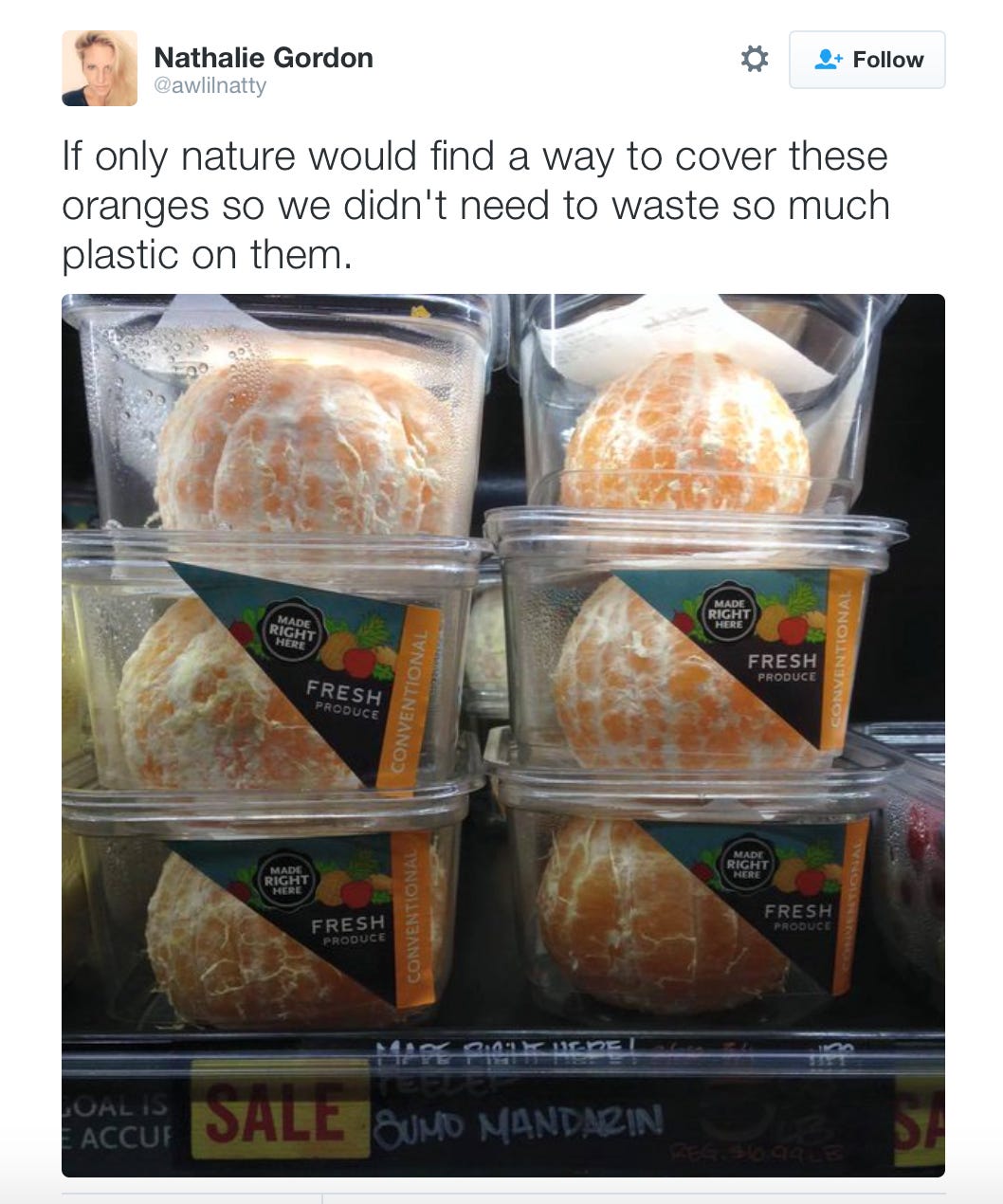 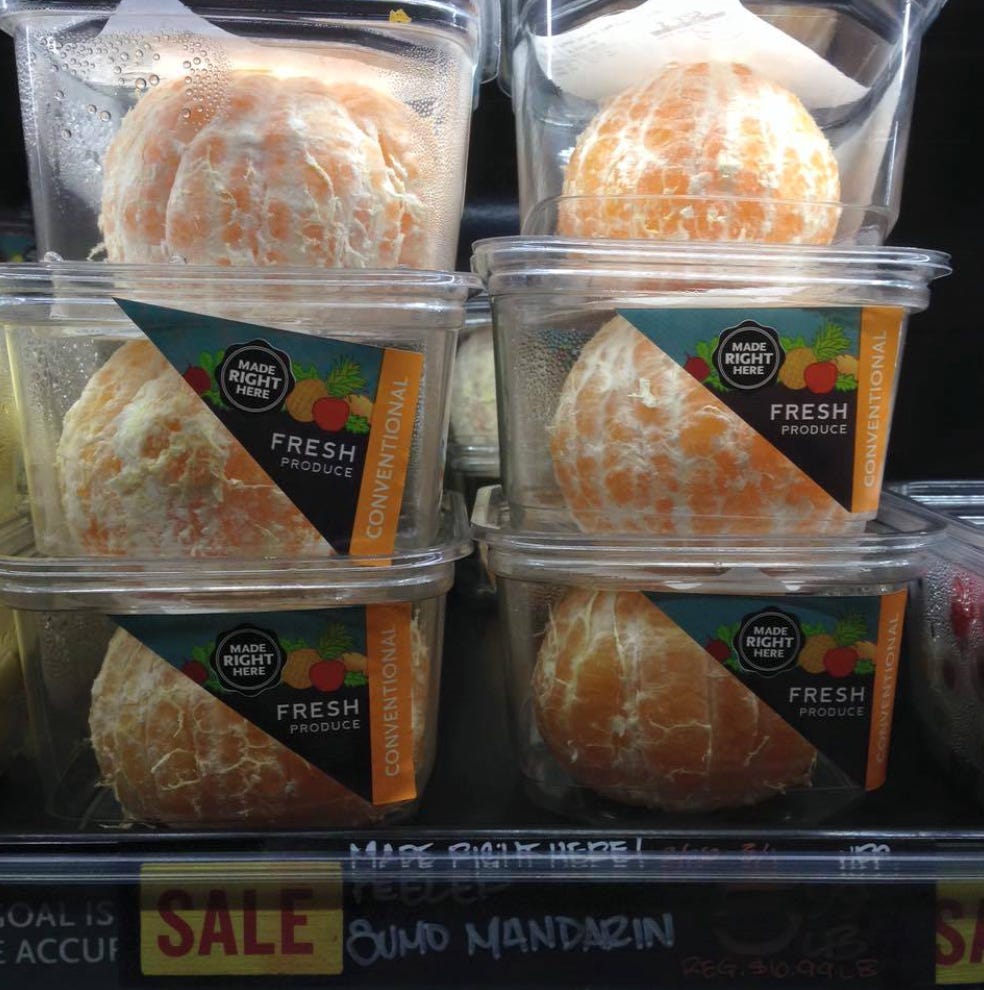 WGN- A photo that went viral on Thursday shows a Whole Foods grocery store in California selling a peeled orange inside a plastic container — and now the company is apologizing. The photo, shared by Nathalie Gordon, shows an apparent misuse of plastic packaging. Gordon tweeted, “If only nature would find a way to cover these oranges so we didn’t need to waste so much plastic on them.” The tweet has been retweeted over 55,000 times. Whole Foods tweeted an apology on Thursday, saying the product has been pulled from the shelves.

No joke, I had to read this story 3 times to even understand what people were complaining about.  I went into the article thinking they’d be praising Whole Foods for freeing the human race from ever having to go through hellacious process of peeling an orange ever again.  How could it be anything else? Turns out it’s the opposite. They’re pissed at Whole foods. They’re pissed at Whole Foods for making their lives easier. Let me sum up the article for you: “Wahhhhhhhhhhhh plastic hurts the earth wahhhhhhhh oranges naturally come with a protective covering wahhhhhhhhh check out my hemp necklace.”  How about you hippies shut the fuck up for one goddamn second. You too, Nathalie. Oranges are delicious but peeling oranges is like being tortured. Well Whole Foods solved that by paying someone to do it for you. These are the perks of being the greatest nation in human history but nope. People are mad about it. We’ve officially ran out of things to be outraged about (give it a few minutes though, something will come up). We should be showering praise all over Whole Foods. Convenience over saving the Earth every single time. Let our kids deal with it. For now, gimme peeled oranges or give me death.

“Definitely our mistake. These have been pulled. We hear you, and we will leave them in their natural packaging: the peel.  A lot of our customers love the convenience of our cut produce offerings, but this was a simple case where a handful of stores experimented with a seasonal product spotlight that wasn’t fully thought through. We’re glad some customers pointed it out so we could take a closer look.”