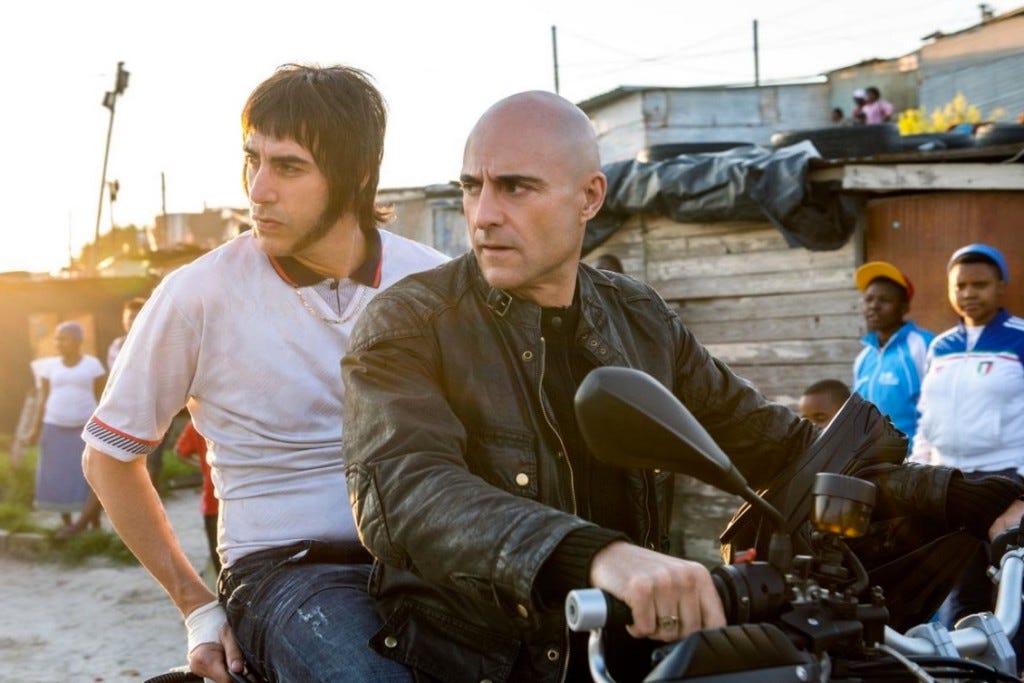 HuffPo – Audiences at screenings around the world, and some even in the United States, have been cheering and applauding a macabre scene in a new film by Sacha Baron Cohen in which “Donald Trump” accidentally contracts HIV.

“The Brothers Grimsby” opens March 11 in the U.S., though chances are you’re learning that for the first time here, given a decision by Sony Pictures to limit its marketing of the satiric comedy. The studio is concerned about the reaction from the real Donald Trump, according to industry sources familiar with the situation.

At the film’s world premiere in London last week, the Daily Telegraph reported that the Trump moment was met with “loud cheering.” The Metro newspaper called it a “massive cheer.” A viewer at a different screening tweeted, “Went to watch Grimsby and the whole cinema clapped when Donald Trump got given AIDS in it.”

Back at Sony’s Hollywood headquarters, however, there has been much less enthusiasm about the scene in question. Three industry sources said that Sony had made its displeasure clear and pushed to remove the scene, but that Baron Cohen, in a rare deal for a producer-actor, has final authority over the film.

Studio executives are nervous about angering the famously vengeful and litigious Trump, compounded by the possibility of getting on the wrong side of the possible next president. Still traumatized by its run-in with North Korean dictator Kim Jong Un in 2014, Sony decided its best option was to limit the damage. The film now includes a disclaimer indicating that Trump did not, in fact, participate in making the movie. “If you were told that they’re shying away from the movie because of the political implications, I can tell you that’s 100 percent true,” said a well-placed source.

Off the bat you have to give props to Sacha Baron Cohen. I saw the trailer for this Brothers Grimsby movie attached to Deadpool and it didn’t seem the slightest bit funny, especially compared to his Ali G/Borat apex, so at least it’ll have some artistic merit for somehow giving a possible US President HIV on film. He should be allowed to bring his work to the public regardless of whether it makes Sony uncomfortable or not. But I don’t get why Sony is even that worried; getting HIV in a comedy is still pretty low on the rating scale of things people have wished on Donald Trump, and they’re doing that daily in real life. And I think Donald Trump has more pressing things he’d rather focus on than a struggling movie hoping it picks up a little heat at his expense over some controversial scene. If anything it seems possible that they’re doing some “Oh no THEY don’t want you to see this movie!” reverse marketing here, so people see this movie more for symbolic reasons than creative ones like they did The Interview. It’s so easy for the hivemind to beat up on Trump that they probably thought they could manufacture some support they didn’t have.

Also I have to point this out: If you had a wacky film in which Hillary Clinton gets AIDS, is it getting massive cheers at screenings and indifferent media coverage or is the film immediately being boycotted while the media breathlessly acts like this is treason against our nation? Just a quick double standard thought.