I guess Alabama kind of already knew how good they were. But just in case they needed a little extra confirmation. The President of the United States calling himself “O-BAMA” as he shoots the shit with you in the White House for the 4th time in his presidency. Pretty insane.

And as usual…Barry’s got jokes!

- “My first question is, coach, what took you so long? It’s been three whole years since I last saw you.”

— “This is the fourth time I’ve hosted Alabama here at the White House. So clearly, I brought you some good luck.”

— “You can call me ‘O-bama,” the president said as the room laughed. “You like that?”

— “The last time a team went on this kind of run was in the 1940s. Back then, folks were still wearing leather helmets. I don’t feel like anybody in a leather helmet would do too well to trying to tackle Derrick Henry. Even with regular helmets, they didn’t do too well.”

— “… Linebacker Reggie Ragland, who returned for his senior year to make good on a pledge he made to his momma that he’d get a degree. Just because he’s big does not mean he’s not scared of his momma.”

— “… a surprise fourth-quarter onside kick. That was one of the few times you saw Coach Saban smile on the sidelines.”

— “I know the people of Alabama are extraordinarily proud of this team, maybe the Auburn fans don’t want to admit it, but everyone recognizes excellence when they see it and nobody’s had more sustained excellence as a program at the collegiate level than the Alabama Crimson Tide.”

— “I’d like to say I’ll see you next year, but we have this thing called term limits. So you can keep on going.”

— Saban: “Our captains would like to present you again.” Obama: “I have a lot of these jerseys.”

Saban ate that shit up too. 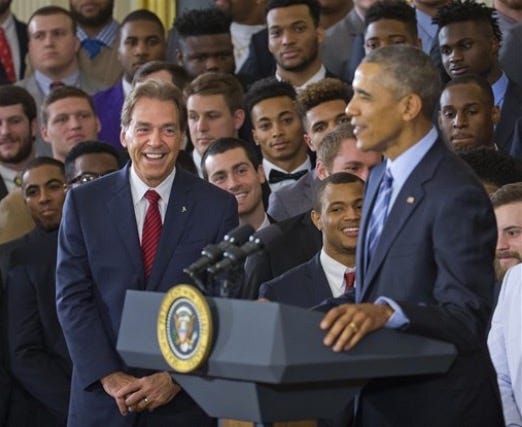 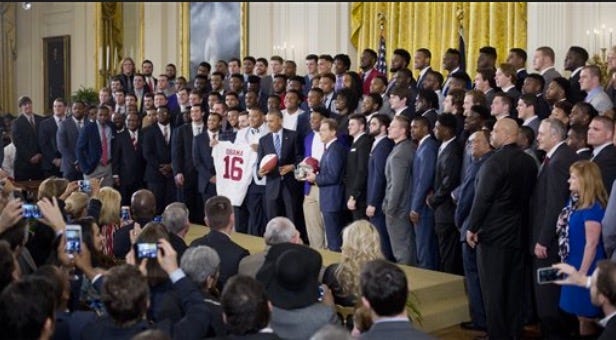 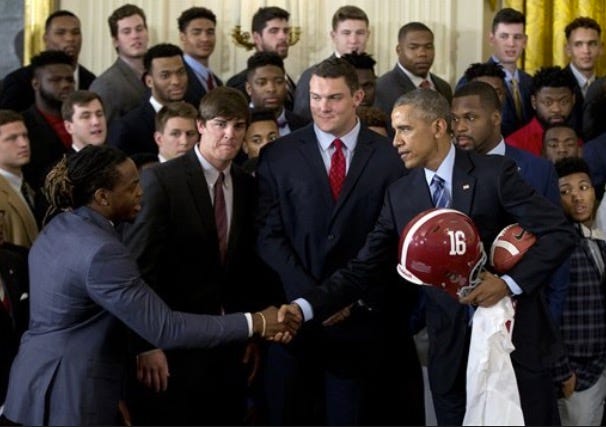 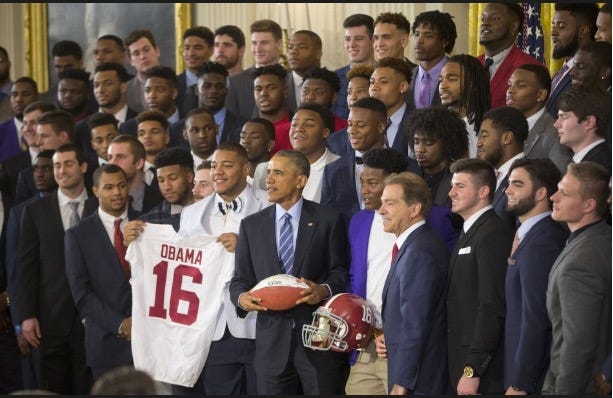 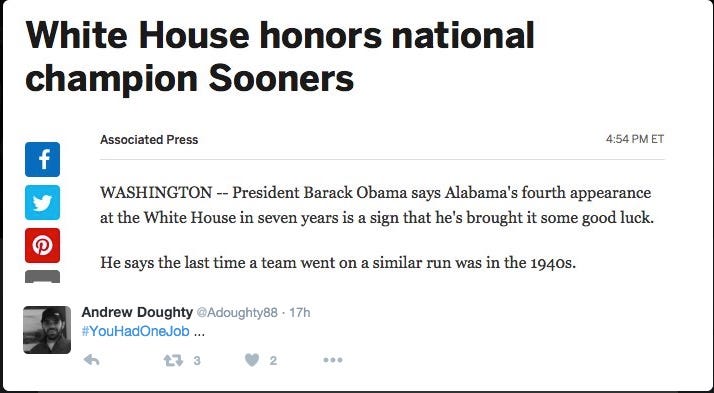