BC fans, I know what you were thinking. How could things get any worse than football season? 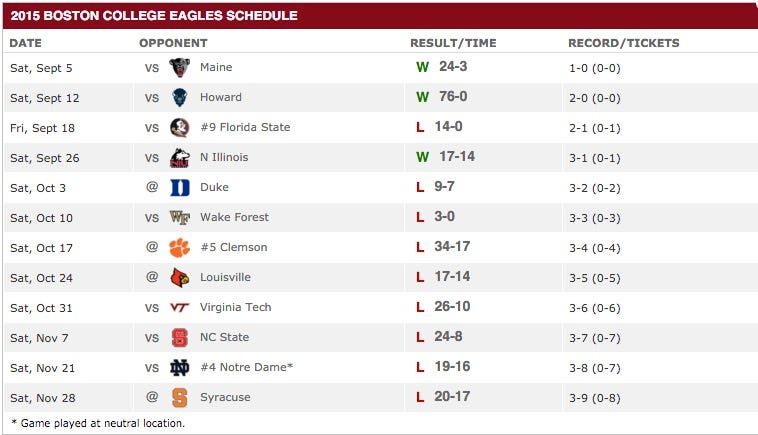 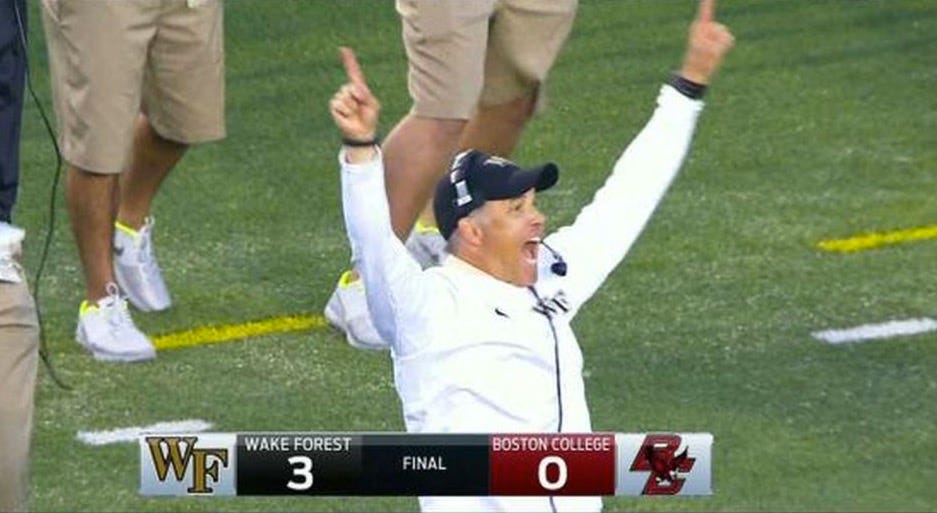 8 losses in a row to finish at 3-9 after a promising start. No wins after the month of September. 0-8 in the ACC. You’d hit rock bottom as a fan base, and there was nowhere to go but up.

But then, a horrible thing happened.

And now the Eagles are 0-17 in the ACC. Zero and Seventeen! The latest loss:

0 wins in the calendar year of 2016. (It is now March, FYI). Oh and that 0-17 I mentioned? Combine that with the football ACC record and you’ve got 0-25. One game left against Clemson, last chance to pick up a win. Do you know the last time a major conference team went winless in their conference in both sports? 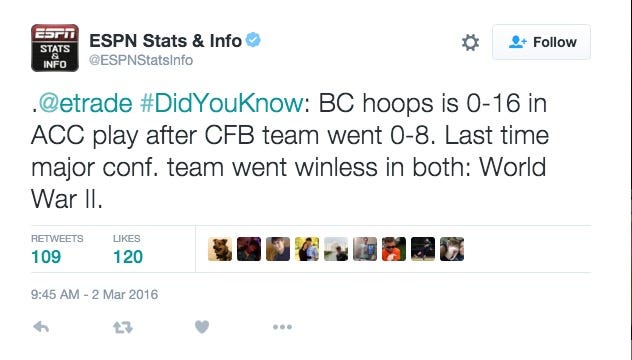 World War 2. Motherfucking Hitler was in power the last time this happened. And even THAT losing season didn’t really count.

The last time it happened was in 1943-44, when Georgia went winless in SEC play. It’s tough to blame the Bulldogs though, as they only played five games across both sports in the midst of WWII.

To find full seasons of winless conference play, you have to go back to the 1930’s, as Sewanee was the SEC’s punching bag for six winless seasons. [Herald]

Can somebody do BC a god damn favor and schedule a last minute friendly with UNH for a confidence booster at least? 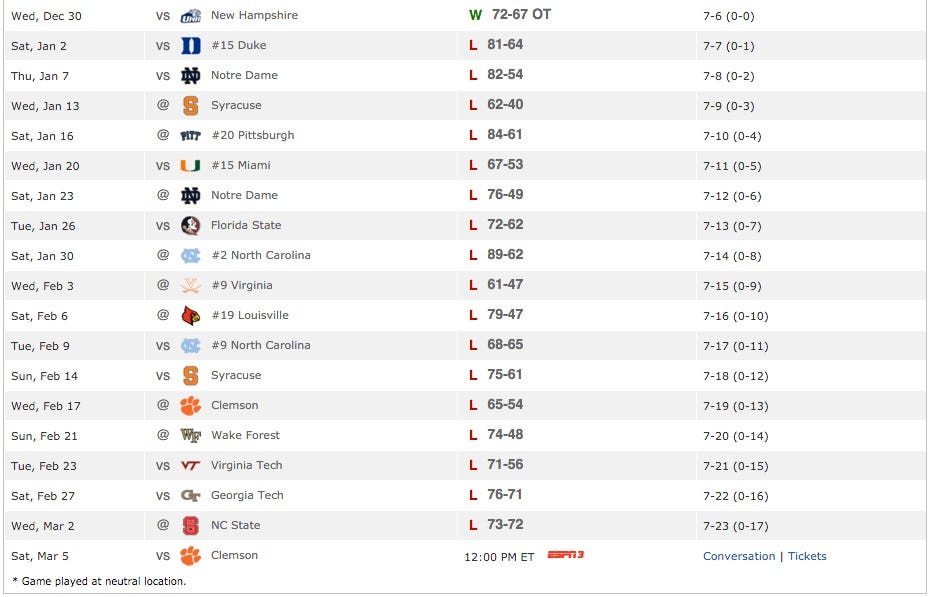 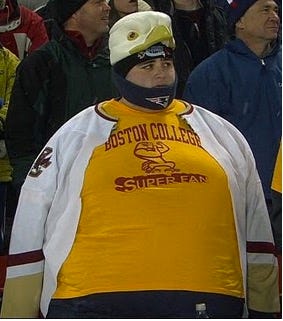