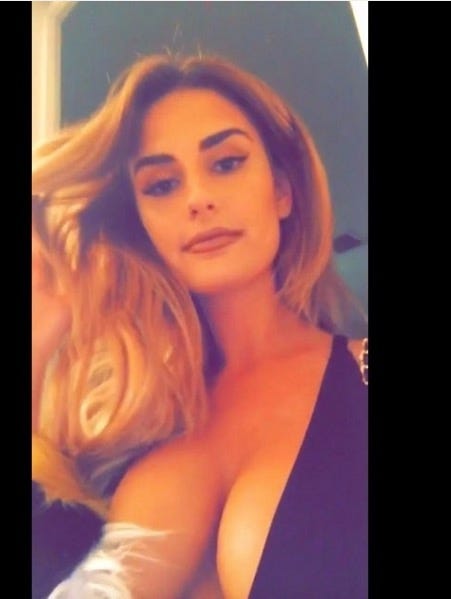 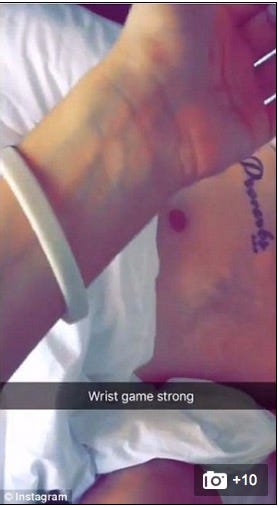 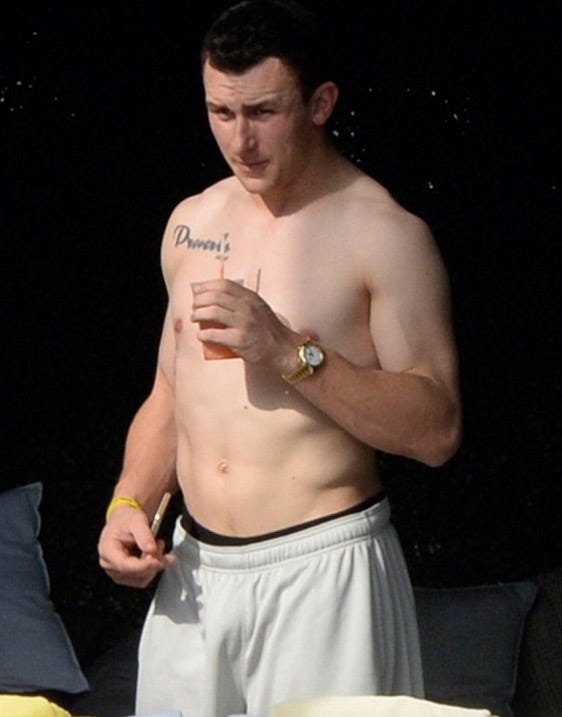 Daily Mail – A swimwear model who partied with troubled NFL star Johnny Manziel at a $12 million luxury villa in Miami Beach has told Daily Mail Online: ‘Johnny’s having a tough time of it, we’re all trying to keep his mind off the court case.’

The Cleveland Browns quarterback – who is set to appear in front of a grand jury accused of assaulting ex-girlfriend Colleen Crowley in Dallas on January 30, has been in the Florida party capital for the past week as he tries to blot out his troubles.

Manziel, 23, was first spotted in Miami at STORY nightclub last Thursday downing champagne from a bottle just hours after it was announced his case would be sent to a grand jury.

The 23-year-old admits that she was intimate with the star while he is in Miami and even posted a video on Instagram of her in a bed with the shirtless football player, his distinctive tattoos clearly visible.

Everyone remember Bianca from FSU? I mean you should, when she looks like this. 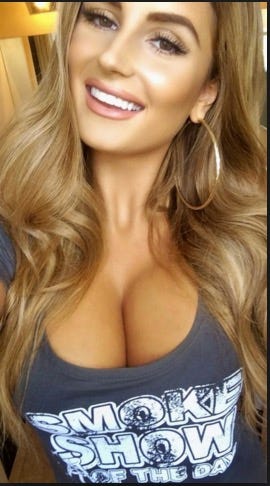 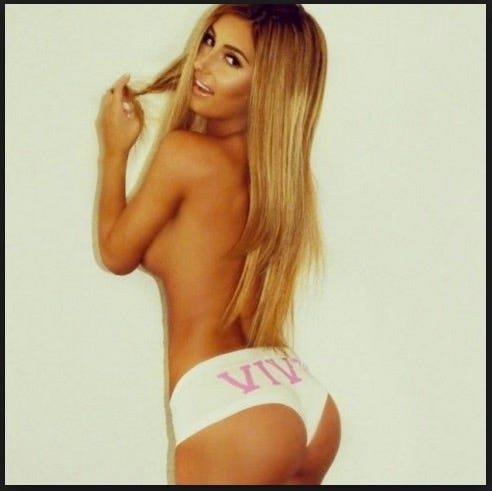 From Instagram model to Johnny Football’s personal life coach. His #1 source of moral support while he’s in Miami getting his life in order. He’s doing just fine according to Bianca:

Ghezzi says Manziel is in Florida with a group of close friends’ who are doing their best to keep his mind off the impending court case.

She said: ‘When Johnny gets upset, his friends are saying, “you know what, why don’t we go out to dinner, let’s go out to this club’.

‘There’s no recklessness about it, he’s doing what any average guy his age would be doing and his friends are doing their best to be supportive.’

‘He’s in Miami to have fun, but having had conversations with his friends I can tell he’s going through a tough time.

‘For the situation that’s going on you’d think he would be taking it a lot harder but I think he’s trying to stay positive with everything that’s going on.

‘If you sit around and think about all the negative things that are potentially going to happen, I think it’s going to drive you crazy.’

Manziel also avoided mentioning his ex-girlfriend Colleen Crowley, the girl he is accused of assaulting after a late night row.

‘I don’t think he’d want to bring Colleen up with me.’

The college graduate, who models for swimwear and fashion lines, says Manziel is trying his best to be ‘well-behaved’.

She partied with him at the weekend at trendy Miami nightspot E11EVEN as well as private parties at the rented villa.
And she insists the star isn’t overdoing it.

‘It’s Miami and things get a little out of control down here and he’s able to keep himself together, he’s not completely wasted all the time, he’s not taking drugs,’ she said.

Well there you have it. Johnny is totally under control. Sometimes a guy’s just gotta blow off some steam, 7 nights a week for the past year. Then sometimes you gotta step it up, head to Miami, call the hottest girl on your Instagram, put on your best hat and hit the clubs on a 72 hour bender. It’s not easy going to court for allegedly beating your girlfriend so bad it allegedly ruptured her eardrum. Who can blame a guy for looking for a distraction. 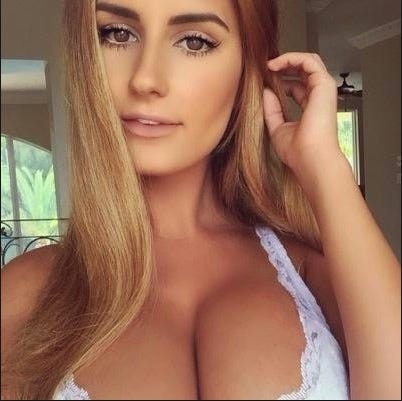 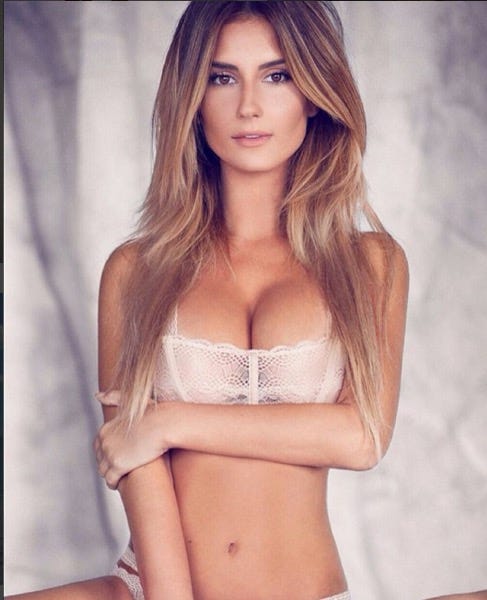 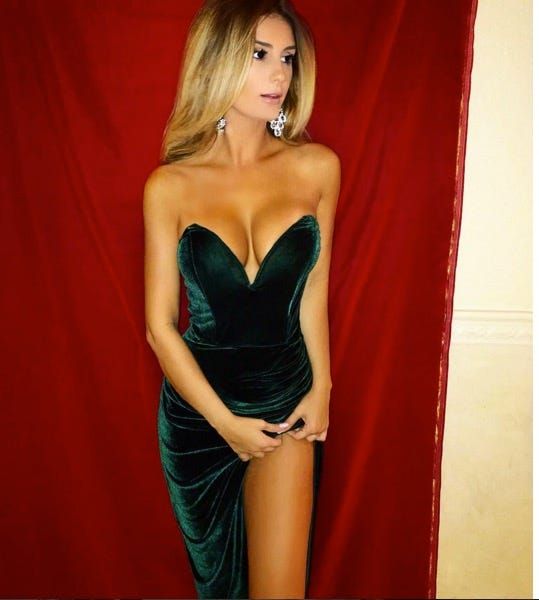 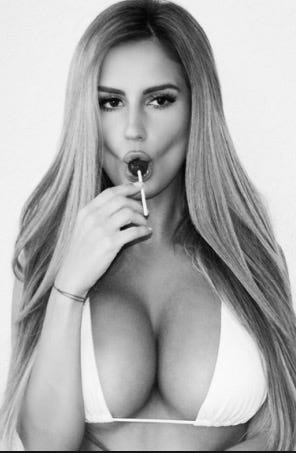 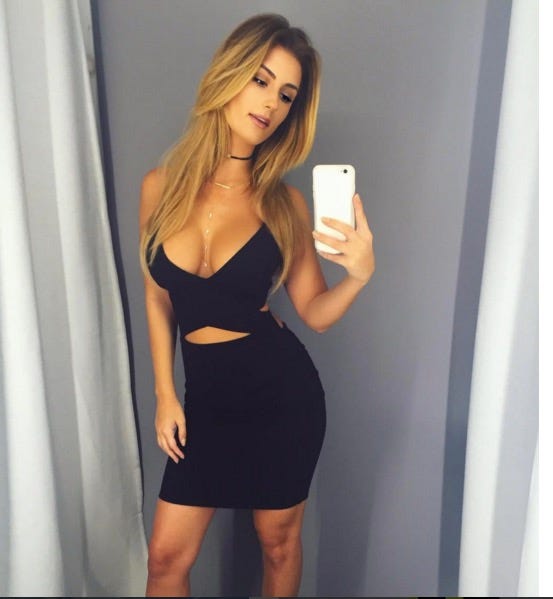 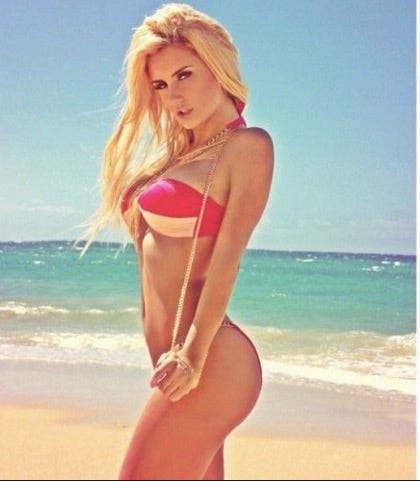 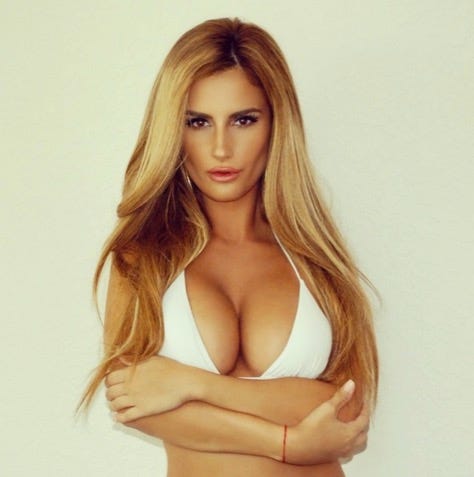 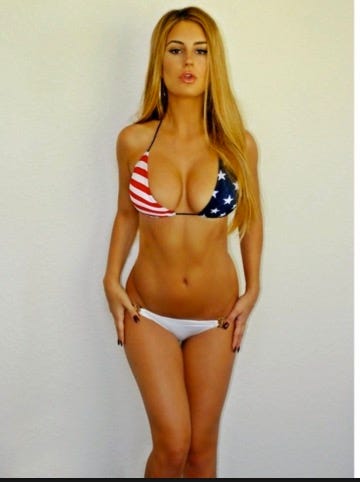 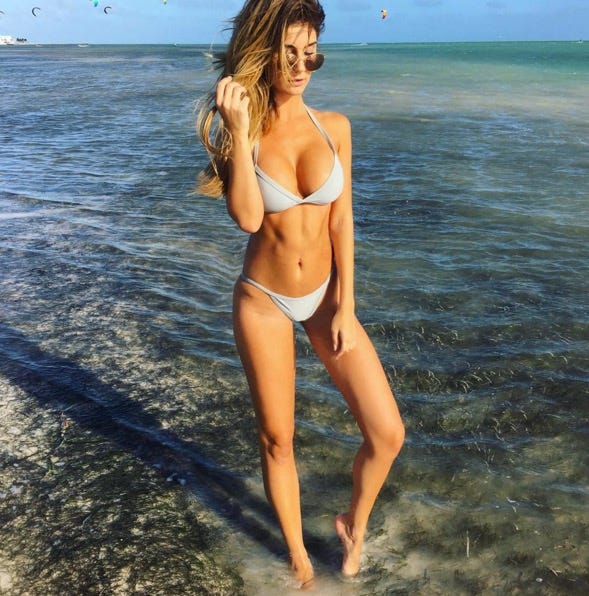 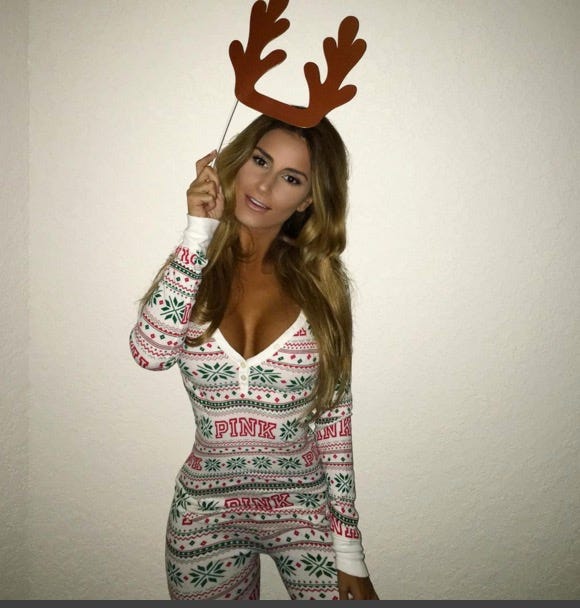 My favorite part of the entire story: The 23 year old admits she was intimate with Manziel. Uh gee, you think? What do you think Johnny called her up for, good conversation?