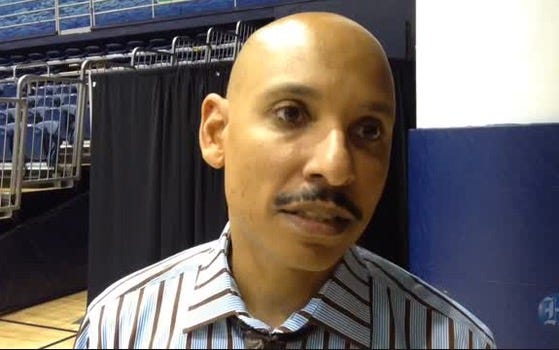 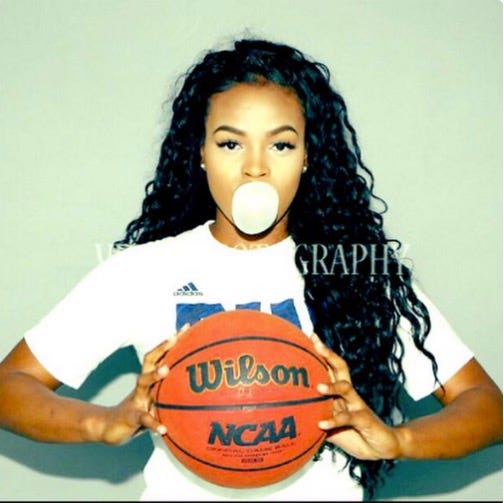 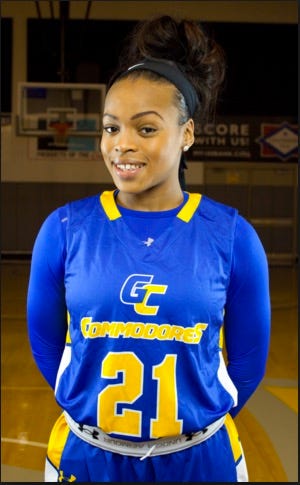 TSN – Destini Feagin, a ?team captain for the Florida International women’s basketball team, accused her coach, Marlin Chinn, of sexual misconduct and was barred from participating in the team’s Senior Night ceremony in response, according to the Miami Herald.

Feagin took her allegations to FIU’s athletics administration and filed an official complaint with the NCAA on Thursday afternoon. She was then suspended four games, which she claims was punishment for resisting Chinn’s sexual advances.

Feagin gave the newspaper photos of text messages sent from the first-year head coach as well as alleged incidents of him acting inappropriately.

“I noticed he had a sexual attraction for me when he started saying perverted things to me,” she told the Herald. “Commenting on my looks, my body, frame, my breasts, my behind. The way I smile. He would go into detail what his sexual thoughts were.

“He didn’t come out and say what his intentions were at first, but he gave me hints. He said little things that alerted me. Then, he came out and told me how he felt about me.”

I feel like there should be a pretty intense watchdog group monitoring this kind of stuff no? Seems like everyone is always surprised when allegations leak out that a women’s hoops coach is sexually harassing players. Just basic common sense right? I mean what kind of maniac coaches women’s basketball? You’d think this kind of stuff happens a ton right? With how much the NCAA talks about caring about protecting their student-athletes, you’d figure they’d keep a close eye on grown men spending the majority of their time around college girls as an authority figure in a position of power.

Anyway let’s take a look at all the allegations via the Miami Herald:

That happened in January, she said. Feagin showed The Herald screen shots of text messages she said were from Chinn (each screen shot from Feagin’s iPhone had “Coach Chinn” in the contact spot at the top of the screen.).

-A text stamped Dec. 18 read: “I want you to have so much more to offer ANYONE that wants to be a part of u after they get pass how good ur face and body looks!!!”

-In late December when she needed to pay off a $500 debt on her FIU account before registering for a class that would keep her eligible, Chinn gave her money, Feagin said. She said she figured since the money was used for school registration, there could be no NCAA violation.

“He took me to the bank, gave me $600 in cash,” Feagin, 22, said. “I went to pay the debt on my account. The day after I received the money, he called me. I said ‘Coach, how could I ever repay you?’ I was thankful, showing gratitude, humbleness. I really appreciated that. He said, ‘You will pay me back. In other ways.’ He said that six times. It’s vivid in my head.”

-Feagin said a few weeks later, the week of Jan. 18 as the team prepared for home games against Texas-San Antonio and Texas-El Paso, Chinn asked about her personal life. Feagin said when she casually complained about men, he replied with, “Oh, yeah, if I had it my way, you’d be my girl. If I was in school, you’d be my girl.”

After practice, Feagin said, she went back to Chinn’s office to clarify what he meant and he said, “I have sexual fantasies about you.”

-She said during road trips she began receiving wee hours phone calls asking her to come to Chinn’s room; claimed he once grabbed her posterior in a hug the morning of the Feb. 6 home game against Middle Tennessee State; and once in front of assistant coaches, as she got on a bus, heard him say, “Oh, when you going to let me get some of that candy?”

“I had no candy in my hand whatsoever,” Feagin said. “At that point, I knew, these coaches know. They have to know. Maybe they’ll say something to help stop the situation. I felt powerless. I felt like I couldn’t tell anybody because he would use basketball against me. And he knew how much I wanted to play.”

-A series of texts stamped Feb. 7 asked Feagin to go to the website “The 5 Love Languages” and “take this test and screen shot me your results!! Let me see what you working with!! Answer as HONEST AS YOU CAN!!!”

-Feagin recorded a long conversation with Chinn during which they discussed the card issue. Feagin thought Chinn knew she was recording it on her iPhone. She said she didn’t know Florida law requires both parties must be aware a conversation is being recorded.

On the recording, which Feagin shared with The Herald, Chinn is heard saying of himself, “Married. Kid on the way. Attracted to a woman I have, No. 1, no business being with because I’m coaching her. I’m putting everything on the line because of how I feel about you.”

During the same conversation, Chinn tells Feagin, “When you decide that we lay down together, I want you to want it more than I do. And I’m not going to force you to do that. But that’s how I’ve always been. I’m not going to push you.”

Well, as far as sexual harassment goes, those are pretty much right up there at the top level. Curious what his defense is when she has all the texts from his phone number and a recorded conversation of his voice? Do you just go with the Costanza at that point? Gotta claim ignorance on this one…if I had known it was inappropriate to tell my player I wanted some candy from her while squeezing her butt…