Holy shit that had to be fun. Nostalgia as far as the eye could see, a Nickelodeon Fantasy Camp right out of Big Cat’s brain, and Kel MC’ing the entire affair. I blogged yesterday how Nickelodeon needs to bring back the classics and this is just another example why it would work. That is probably the most fun any Hornets fan had watching a game in Charlotte since Mugsey, LJ, and Zo were at The Hive back in the day.

In fact, I think the Hornets should actually just embrace nostalgia as their thing. The Warriors are the incredible shooting team, the Spurs are the model for efficiency, the Knicks are the dumpster fire, and the Hornets can be the 90s team. Because no franchise peaked in the 90s to then become irrelevant like the Charlotte Hornets. They are the NBA’s Trip McNeely. The Starter jackets, the fire jerseys, and the color scheme owned the 90s more than any other franchise in sports. 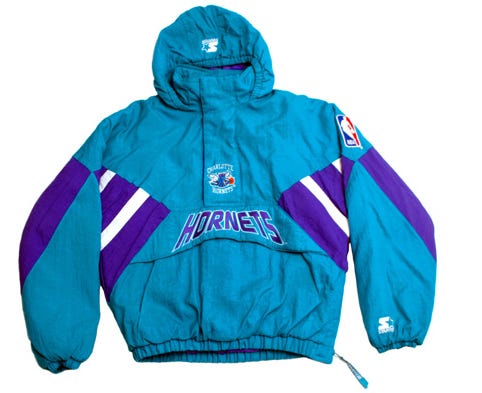 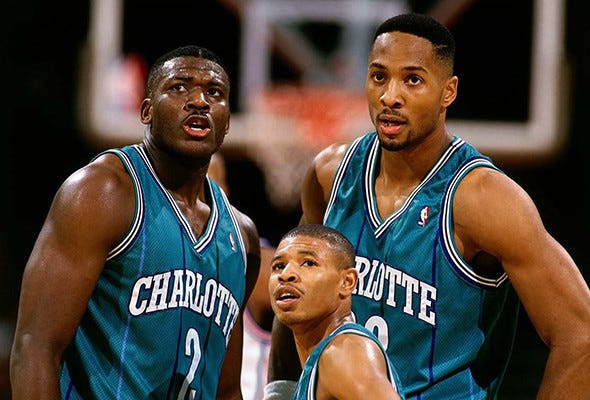 Why not just embrace being great back in the 90s and ignore how much you suck now? Serve Planter’s Cheese Balls in the blue tin, throw some Ecto Cooler on tap, and let people play pogs during halftime.

And while we are discussing this, how hard can it be to get that Double Dare obstacle course to New York? I need to see a Barstool Double Dare Challenge. Sure it’ll involve my fat ass having to squeeze down a slide, but the nose picking obstacle was always the great equalizer of the obstacle course. Maybe a cameo by Melody from Hey Dude and random bloggers getting slimed to kingdom come. We just need the Chief of Content to get approval from his boss and make a few bloggers’ dreams come true.
Follow @TheClemReport