Let’s take a closer look, shall we?

I believe as the saying goes, do you like that? Just your standard 2,923% raise. And well deserved. We can talk forever about how QBs in general, as a rule, as overpaid in the NFL, but that’s the cost of doing business. Your other option is Case Keenum or Brian Hoyer or a McCown/McNown. I’m just fine with Kirk, thankyouverymuch. And do people realize how good he was, despite going stretches without both DeSean Jackson and Jordan Reed?

Kirk finished the year completing 69.8% of his passes, good for 1st in the league. He had 4166 passing yards, good for 10th in the league (and not too bad going over 4,000 yards in his first season as a full time starter). He had 29 TDs to just 11 INTs. Big Ben, Eli, Stafford, Ryan, Rivers, and Luck are just some examples of guys who threw more INTs than Kirk did. So with all that being said, and the extreme cost of good QBs in the league, you’d be a fool not to want Kirk under center. Haters gonna hate, NFC East champs gonna NFC East champs. It’d be really dumb to let him walk. Really dumb.

Shirts are on sale, by the way. Get a few for the spring. 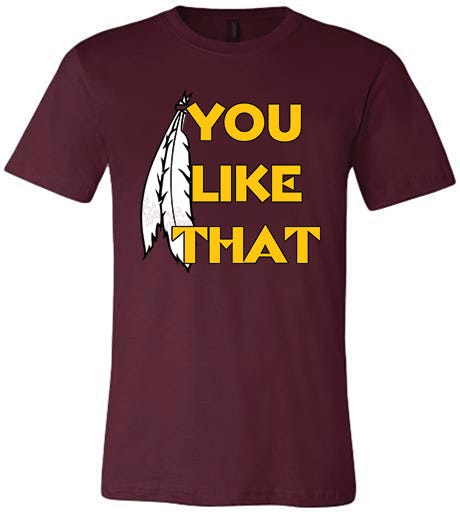