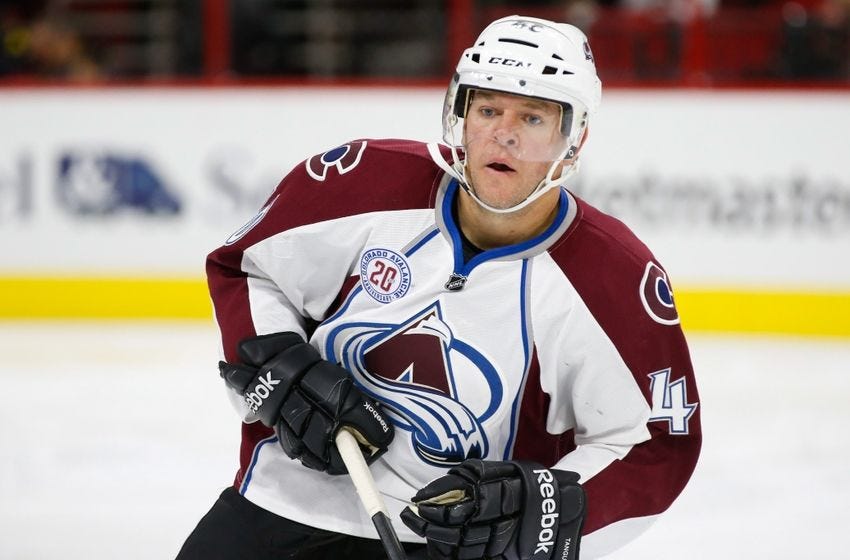 I’m trying to think of anything in the world that could have been less eventful than yesterday’s NHL Trade Deadline and the only thing I can think of is maybe a Gwyneth Paltrow sex tape. There was plenty of hype going into yesterday with names like Jonathan Drouin and Loui Eriksson potentially being on the move, but it was a massive let down. One thing that did happen, however, is that the Colorado Avalanche traded for Mikkel Boedker and in turn, they sent Alex Tanguay to the desert in Arizona. Yes, THAT Alex Tanguay. Not Alex Tanguay’s son, but the real Alex Tanguay. The same Alex Tanguay that you used to do work with while playing NHL Hitz 2002 (it was unfair to use the Avalanche in that game. Just so fucking dominant). Now Alex Tanguay is a beast. He was drafted in 1998 and has 850 career NHL points. He’s a Stanley Cup champion and had plenty of huge seasons in his day. That doesn’t change the fact that he looks like this now. 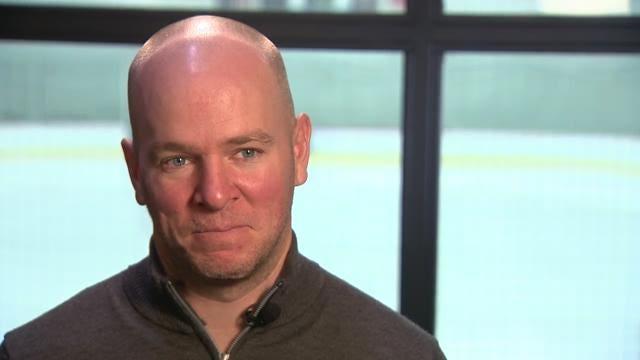 That guy is bald. That guy looks like your dad. That guy does not look like a man who is currently playing in the NHL. I’m not saying that Alex Tanguay isn’t good enough to still be playing in the league. I’m just saying that is pretty goddamn surprising that he’s still around. I guess I’ve just always lumped him in the same category as Sakic and Forsberg and Adam Foote and Milan Hejduk even though he’s younger than those guys. I’ve always just assumed that Tanguay would be done when all those guys were done too. But nope. He’s still live and well. Not sure for how much longer since his 2nd stint with the Avs just came to an end and he’s a UFA in the summer. But we’ll see. Now let’s move onto another guy from that ’98 draft class. 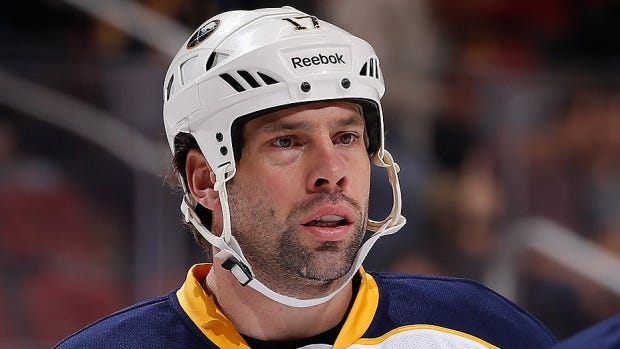 David Legwand was the 2nd overall draft pick in 1998. There are still quite a few guys from that class playing in the NHL. But up until this year, I had completely forgotten that Legwand was one of them. He was the first ever draft pick by the Nashville Predators which might explain why he’s only had 2 seasons in his entire career that he scored more than 50 points. I said this in a blog not too long ago but David Legwand has been in the NHL forever seemingly doing close to nothing. Traded in ’13-14 to Detroit, traded in ’14-15 to Ottawa and then traded in ’15-16 to Buffalo. I guess I’ve just blacked the past few years of his career out of my mind and assumed he was done. Staying with the ’98 draft… 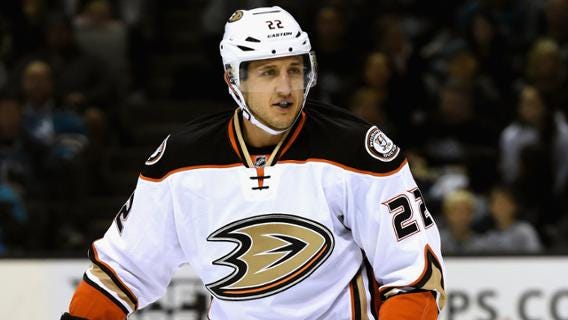 Shawn Horcoff is currently suspended for PEDs. Which is bullshit if you ask me. The man is 37-years-old. Do you really think that he taking some steroids is going to turn him into the ’05-06 Shawn Horcoff that scored 73 points with the Oilers? Of course not. He’s old. So let him do all the PEDs he wants, it’s not going to make much of a difference anyway. But yeah, Shawn Horcoff had the misfortune of playing the majority of his career in Edmonton. And aside from that year in 2006 when the Oilers lost in the Stanley Cup Final, he was stuck playing in the hockey hell. You’d think that spending countless years after years of not making the playoffs would eventually take its toll on a man. You’d think that he would just up and quit at some point. But not Shawn Horcoff. Because he spent 2 very forgettable years in Dallas and now he’s technically on the Ducks while serving his suspension. 37-years-old, UFA in the summer, maybe he can take all the PEDs he wants when he’s retired and be the most jacked juniors coach there ever was. 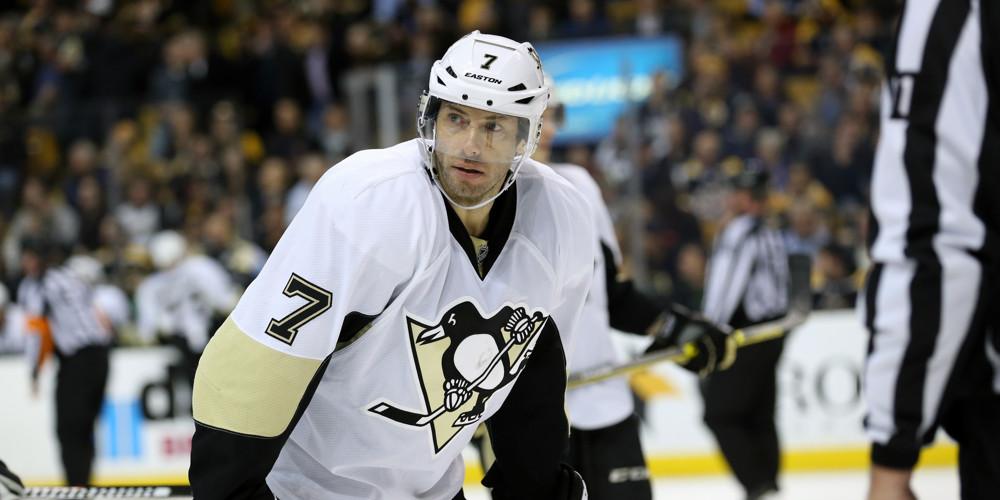 Matt Cullen was drafted in 1996. I honestly had no idea he was that old. I remember he was a lot of fun to watch in Carolina as a 30-40 point guy every season. I remember being a semi-big Matt Cullen kid when I was in like 6th grade and the Hurricanes were winning Stanley Cups but then he moved on to Nashville and now Pittsburgh so I’ll just refuse to acknowledge his existence anymore. 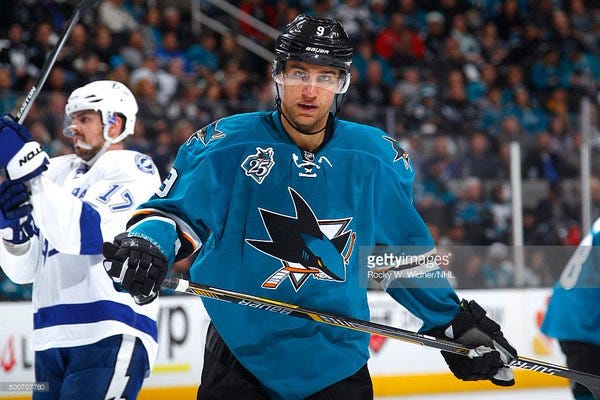 Dainius Zubrus. Another ’96 draft guy. I was just a 4-year-old Jordie when Zubrus so I really don’t remember a time in my life when Dainius Zubrus wasn’t in it. But every single year since the 2005 lockout, I have at least one moment that I have to say to myself “holy shit, I can’t believe Zubrus is still playing”. He had his 2 best seasons of his career immediately following the lockout with Washington. But yeah, for the past 11 years or so I’m continually baffled that Dainus Zubrus is still in the NHL.

So that’s about all I have right now. Nicklas Backstrom (the goalie) was involved in a trade yesterday and I had no idea he was still around. But that’s because he actually hasn’t been around at all this season and hasn’t played since January of last year. If I missed anyone, feel free to let me know @BarstoolJordie

UPDATE: Yes, Jaromir Jagr is very old. But I can 100% believe that he’s still playing in the NHL because the man is a goddamn legend. I’m talking about guys who you had no idea they were still around here.