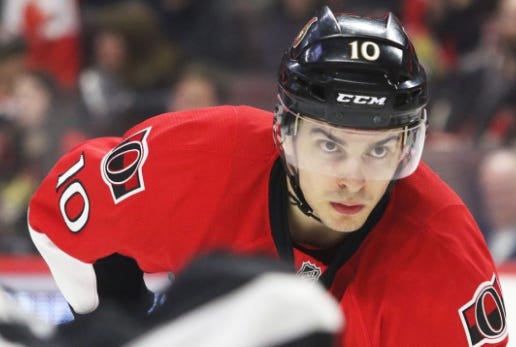 Well, pat yourself on the back people, we officially have made it through THE most boring deadline day in NHL history. Okposo stays, Loui stays, Drouin stays, as the Isles walk away from the madness with a bright and shiny 23 year old winger named Shane Prince.

12 points in 42 games this year, with a controllable future. The upcoming RFA has all the fancy stats in his favor. Prince is yet another example of Garth playing the low risk/high reward card.

Not the best of prospects, but not the worst either, as people in Ottawa are already calling this deal a bargain for the Isles. Prince isn’t JT’s next winger but he does come with a valuable upside and could work well in this team’s mid-6 down the road.

I’m not sure where Garth Snow sees Prince fitting into this current roster, as we may not even see him dress this year, but one thing I am sure of is that this lone move strengthens the notion that Garth is still looking towards the future, and I for one can live with it. [for now]

With what feels like it being centuries since the Isles have won anything meaningful, and this now being Snow’s 10th year at the helm, I understand the reluctance to support the idea that this team’s cup window has yet to open. But with talents like Ryan Pulock, Mat Barzal, Michael Dal Colle [and now Prince] expected to make the jump to the pros full-time next year, Garth is hoping this team’s injection of youth over the next year or two will create the right blend of NHL vets and young talent, all in the name of a long and prosperous window.

The need for a big name is there, but as I said last week, the right name wasn’t out there, and to expect Depth Moves Only™ out of today’s deadline, which is exactly what we got.

Vancouver tomorrow, Winnipeg Thursday; this is the team we’re rolling with, just make the dance and anything can happen.