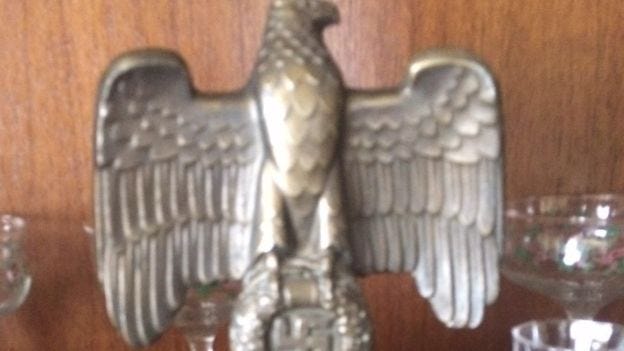 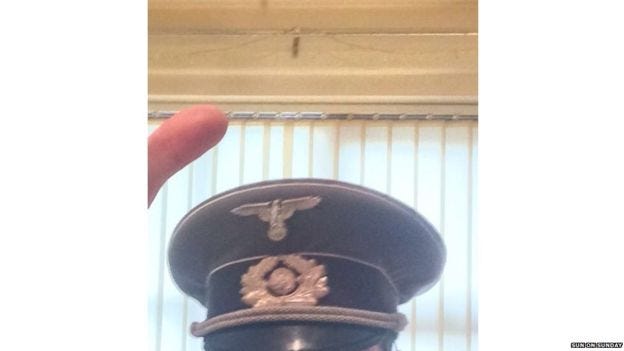 (Source) — Fr Stephen Crossan is reported to have sniffed coke through a £10 note on a night of drinking in July 2015 in Banbridge, County Down. He was in a room with Nazi memorabilia and seemed to say “I shouldn’t” as he snorted, the Sun on Sunday reported. The bishop of Dromore said in a statement that he had no knowledge of the incident. It allegedly occurred in the parochial house last July after a party. The Sun on Sunday said it happened at what was then Fr Crossan’s parish home in the grounds of St Patrick’s Church, Banbridge, in July 2015. Father Crossan told the newspaper that he took the drugs but said: “It was just the one night and that was it.” A source said that a group ended up back with Fr Crossan after a party and found Nazi memorabilia including flags, hats and an eagle with a swastika on a plinth on his mantelpiece. In his defence, Fr Crossan told the paper that he was no Nazi and that he collected historical items from every country.

Doing coke as a priest? Probably not a great idea, I’ll admit that. Yeah, I’m brave enough to say that men of the cloth probably shouldn’t be shoving amphetamines of their nose. That’s the kind of guy I am, I speak truths. But having said that, maybe not the worst idea? Because here’s a fact: the church is dying. When was the church at its height? When priests were old drunks who could level with their parishioners. Well, coke is what’s hot in the streets these days. The kids love coke. This is just good marketing. Get priests who will snort the ashes of Christ off the altar, ditch the organ and bring in a DJ set, stained glass windows used to make some kind of electronic light show. Bam, all of a sudden the pews are full again every Sunday for 6 AM mass because no one’s gone to bed since Friday night and they want to keep the party going, in the name of the Lord.

And kill Jews. I guess that’s another part of this new church: kill all the Jews. Hey, it can’t all be fun.

PS – “I’m not a Nazi, I collect memorabilia from all countries. Mussolini’s Italy, Tojo’s Japan, all of them.”