So the premise here is that this girl is using her hot best friend as the honey pot to catch her husband cheating. And what a honey pot it is: 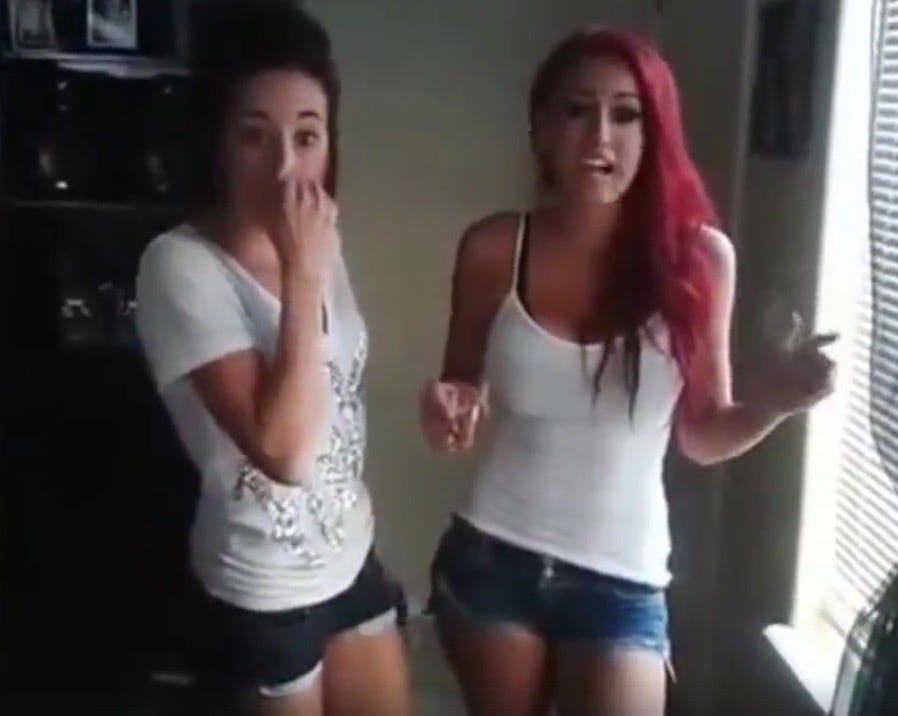 Now I’m not saying I was willing to look past this guy’s indiscretions given that trying to fuck your wife’s best friend over Facebook is just about the apex of scummy. But that is a pretty tough one to pass up. This guy seems pretty unrepentant as a cheater so I feel like she probably could have used a much less cute friend and proved her point more effectively. Like if you offer up that red headed chick in her tank top and little jean shorts, there’s a decent chance a guy even in a perfectly happy marriage is going to that house with an open mind. But if you had some slob there who looks like one of the pudgy “pansexual” chicks I regularly have in the Tinder blogs or some granola woman with bird nest hair and furry arm pits, that’s how you know he’s a real cheating scum bag who simply can’t help himself. That’s real depravity whereas with Red here being unbelievably Florida sexy you’ve kinda gotta shoot first and sort out the rest later. People filming themselves busting cheating exes really need to think more about the variables in their hypotheses more, I’ve been saying that for years.

Anyway I guess I’m most shocked that a guy with this motorcycle helmet would be classified as a “sleazy, lying, dirty piece of shit”: 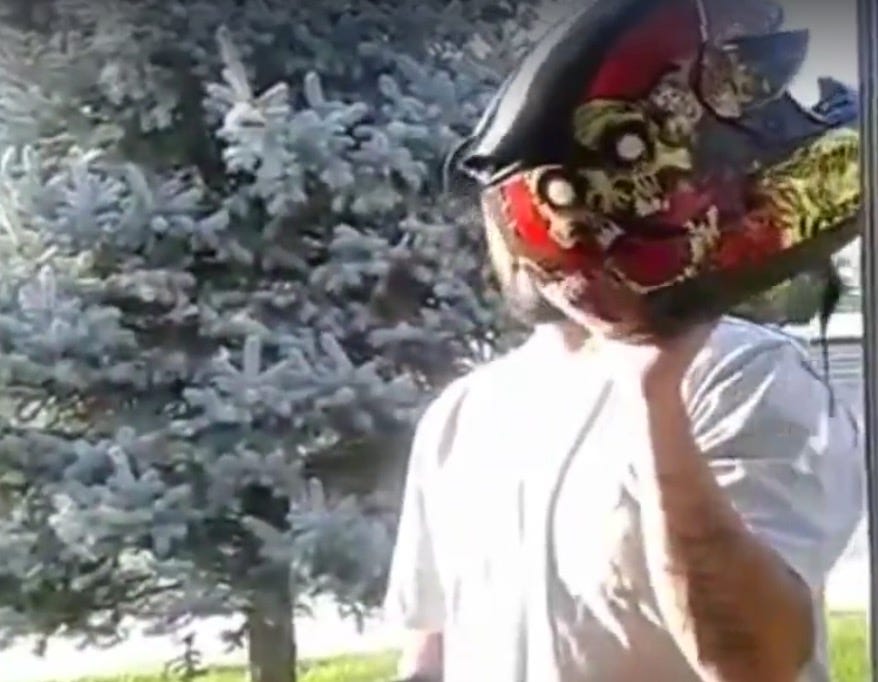 Where I come from you judge a man’s character on two things: 1) His word and 2) How aggressively excited the skeleton man on his motorcycle helmet looks. Maybe he’s failing part one but he’s beyond reproach with the second item.