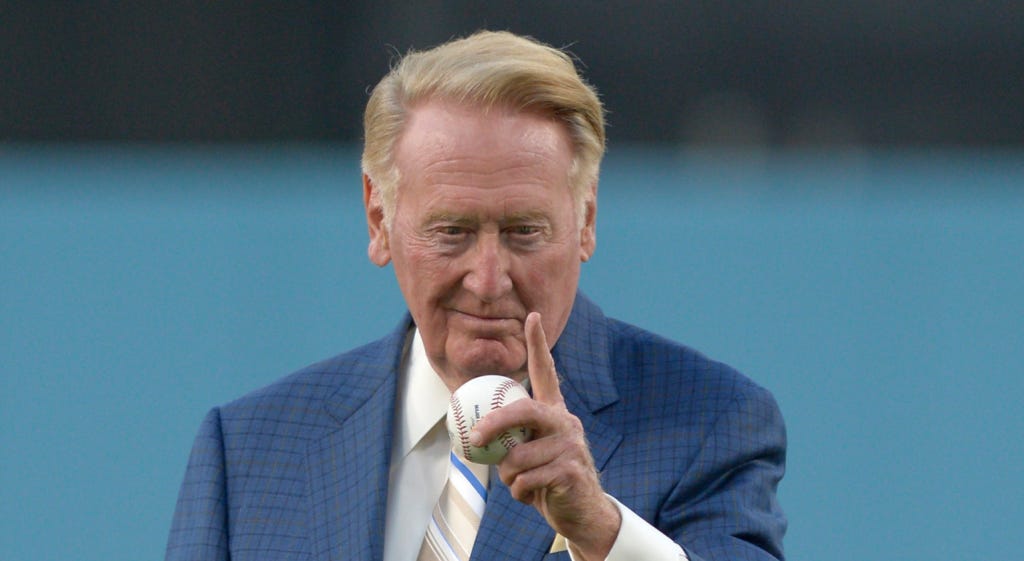 When Vin Scully talks, baseball fans listen. Over the weekend, Vin Scully was talking about Cooperstown, and whether or not he would vote for Pete Rose to be inducted into the Hall of Fame.

“I wouldn’t,” Scully said. “Should he be in? He should be. But by his own hand, he locked the door and kept himself outside.”

Vin, I love ya. I think most, if not all, baseball fans do, but you’re wrong here. Pete Rose belongs in the Hall of Fame. Rose bet on baseball; we all know that. Rose bet on baseball while he was a player and a manager. That’s a very bad look. However, Rose was betting on his own team to win. Is it sketchy to bet on a game when you can directly impact the outcome of the game? One hundred percent. No question about it. I think MLB was well within their right to punish Rose for organizing an extra financial gain, in addition to his contract with the Reds, for his performance on the field as a player, and in the dugout as a manager. That being said, his actions did not warrant a lifetime ban from the game, which has prevented him from taking his rightful place in baseball’s Hall of Fame.

Rose played the game hard, perhaps harder than anyone ever has. His major league record 3,562 games played, and major league record 4,256 hits speak for themselves. What he did was wrong, but other players in history have done much worse and faced no penalty for their actions. We all know what guys like Barry Bonds, Roger Clemens, Mark McGwire and Sammy Sosa are guilty of doing, and even they at least got the chance to have their name on the ballot. They may never get in, but at least they were given a chance. Rose, at the very least, deserves a chance. He did the crime, and he’s more than done his time.

I mean, he’s a complete moron and admitted to still betting on baseball, which doesn’t help the narrative that he’s learned his lesson. But at least he’s not an active player or manager, so betting on baseball these days shouldn’t really matter. Regardless, that was really dumb to openly admit that, and probably played a factor into why his lifetime ban wasn’t lifted.