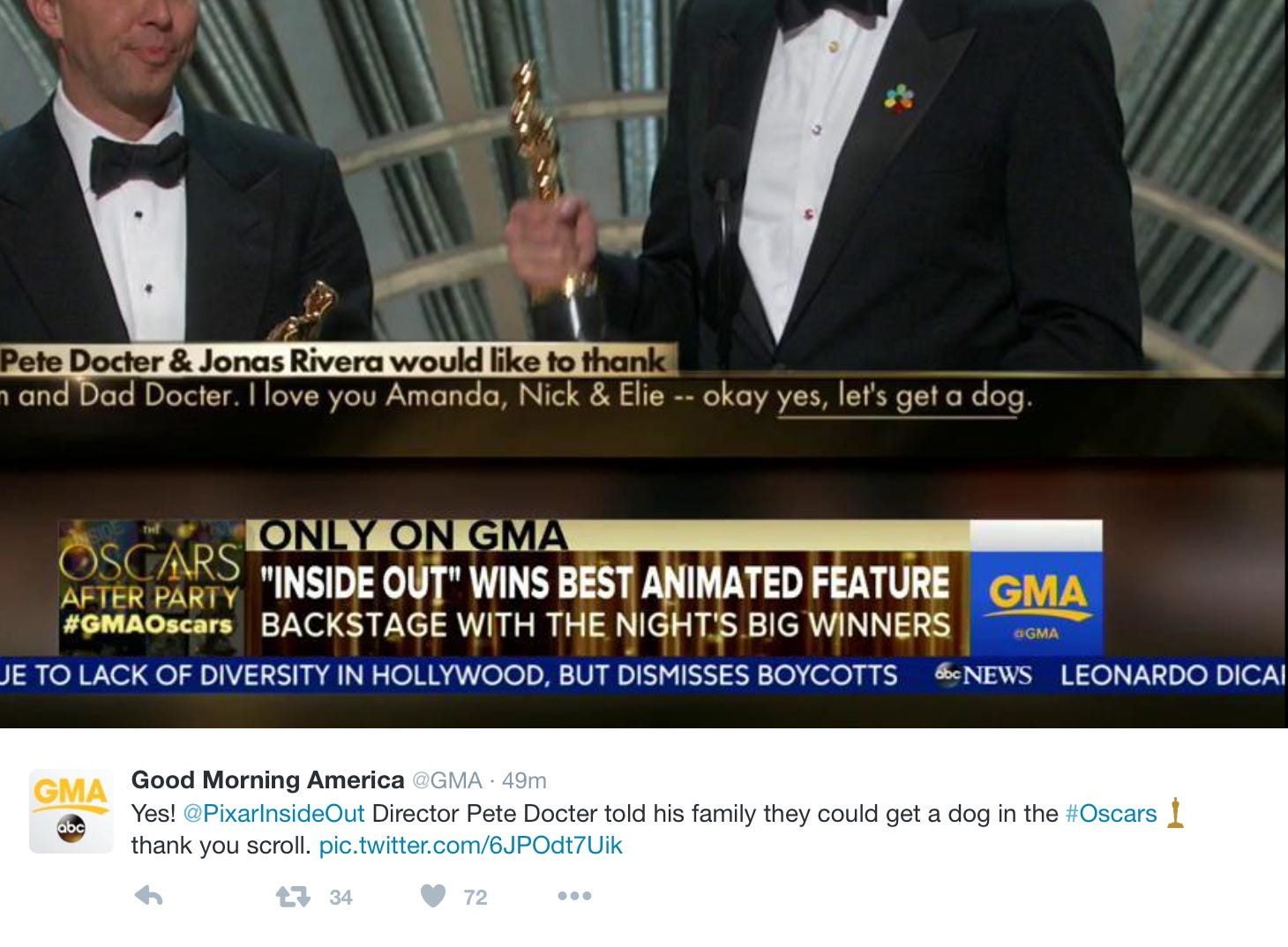 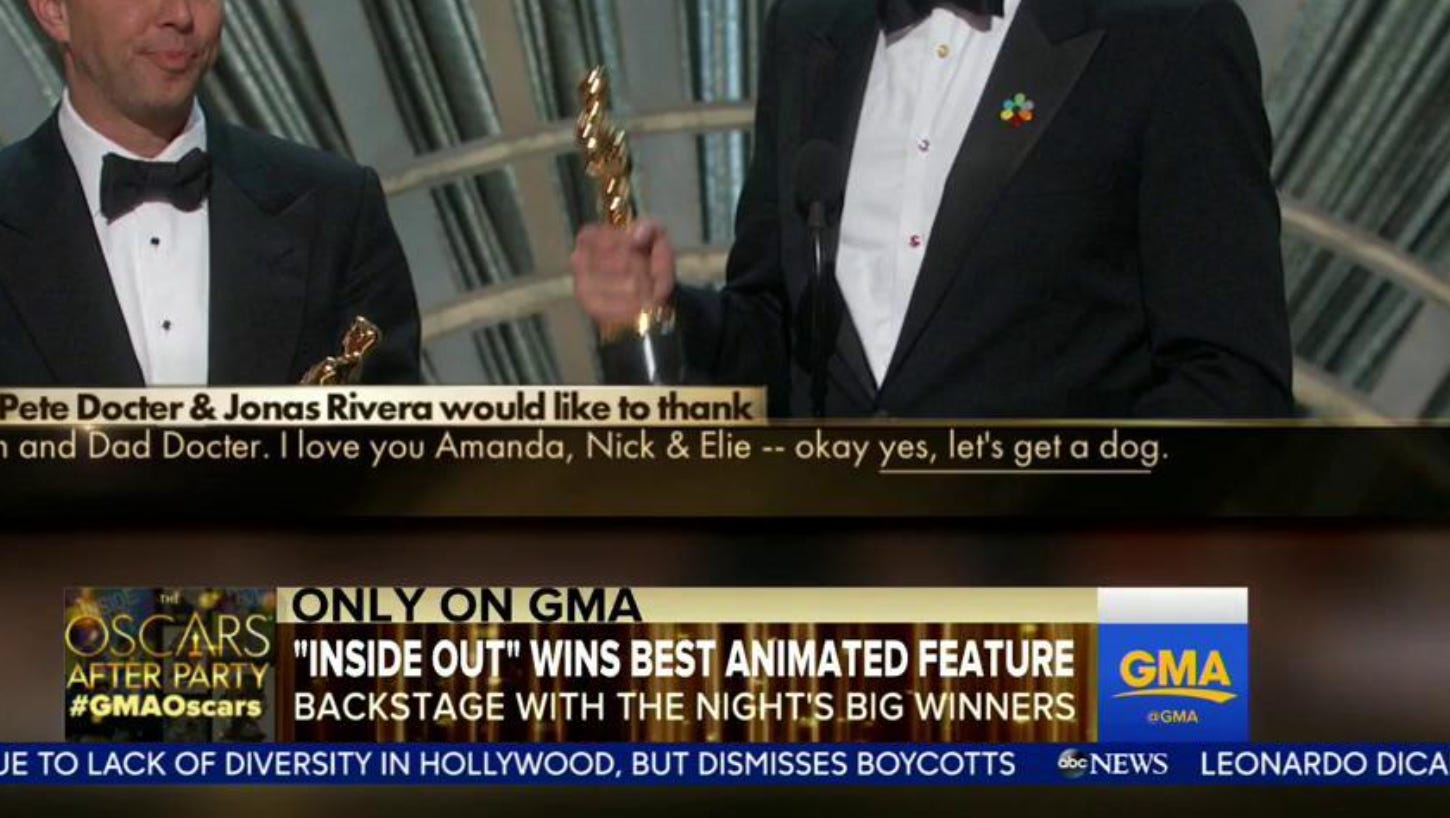 So this was a new thing at the Academy Awards this year. A scrolling ESPN-like bottom line when somebody won an award thanking all of the people in their life.  I’m guessing the point was to speed up speeches and not have the Oscars run 4 hours over again.  Too bad it didn’t work. At all. The Oscars were still 20 hours long. But anyway, I didn’t pay attention to the scrolling bottom line just like nobody else did and we missed the best part of last night because of it. Yes, Chris Rock’s monologue was great. Yes, Leo finally winning an Oscar was cool. Yes, seeing Ali G resurrected was a blast from the past. But the director from Inside Out telling his kids that they can finally get a dog was the top moment of the night. Hands down. What a moment for the family. Dad wins an Oscar and oh by the way you guys get the greatest animal in the world as a pet. Best. Night. Ever for the Docter family. Adopt me.

PS- Another great part of the Oscars is when winners realize nothing is going to happen to them if they talk through the Get Off The Damn Stage music during their victory speech. The director of The Revenant did it perfectly. Like, they’re not threatening your life or the lives of your children. It’s music. You can just keep talking. They’re not going to take the Oscar away. But also, fuck those people because it makes the show unbearably long.

Double PS- I’m still pretty pissed they didn’t include Bing Bong in the In Memoriam montage.