IVY – The contest between Rochester’s Aria Fazelimanesh and Yale sophomore Max Martin at No. 6 set the tone for the day with a nail-biting contest that bristled with emotional intensity through the final point. Playing on the glass-encased third court before a boisterous contingent of Yale students, Martin charged hard in the second and third games to take a 2-1 lead after dropping the first game. The fiery performance of the New Haven native brought the crowd to its feet, which seemed to energize Martin even more in turn. Martin continued his surge in the fourth game to earn a hard-fought win, sending the assembled Yale students into a frenzy.

Love Squash. Are you white? Are you rich? Do you, or have you ever, attended a prep school with a tuition similar to that of a college? Then do I have the sport for you. Picture all the excitement of racquetball, only triple it because the ball doesn’t bounce, and you’re under constant threat of getting pelted in the back of the neck by hard rubber going 100 mph.

This is exactly what the game needs too, a little more edge. Fazelimanesh not taking that showboat shit. 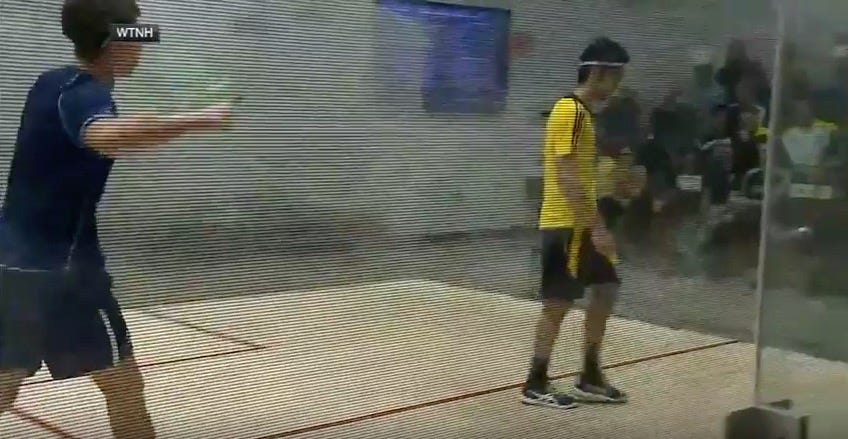 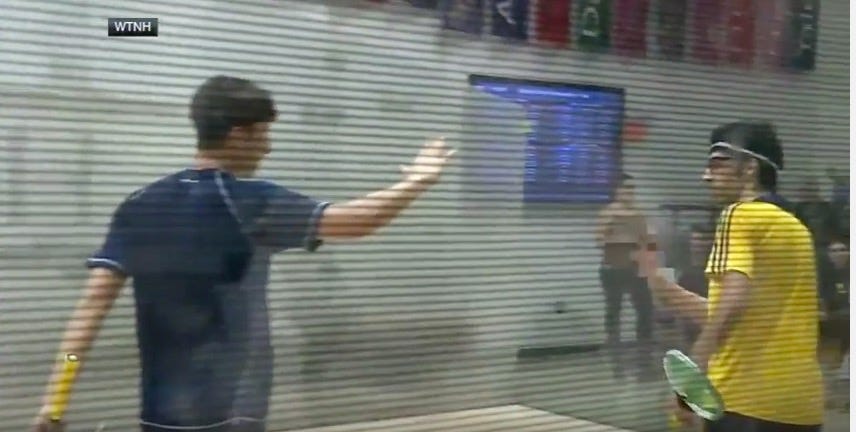 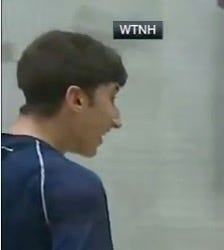 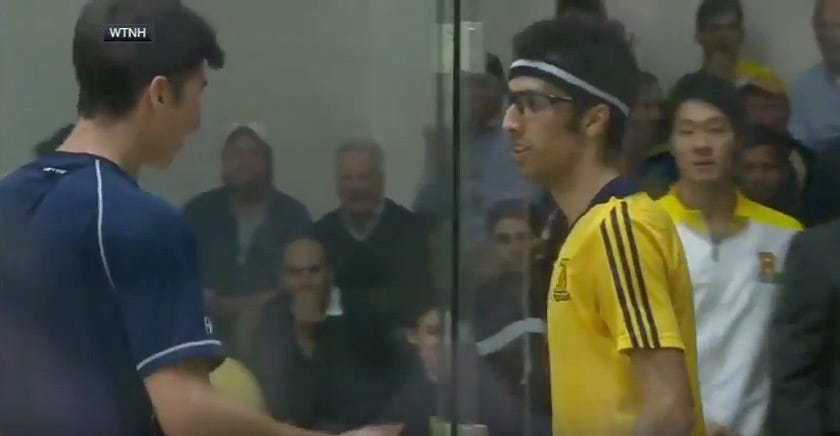 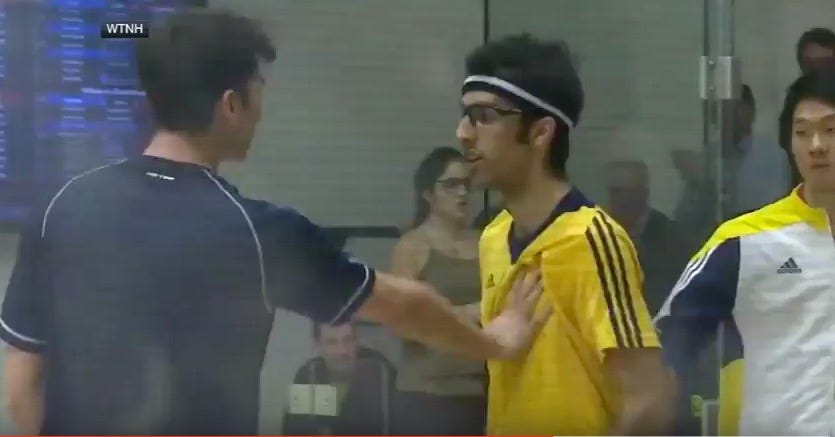 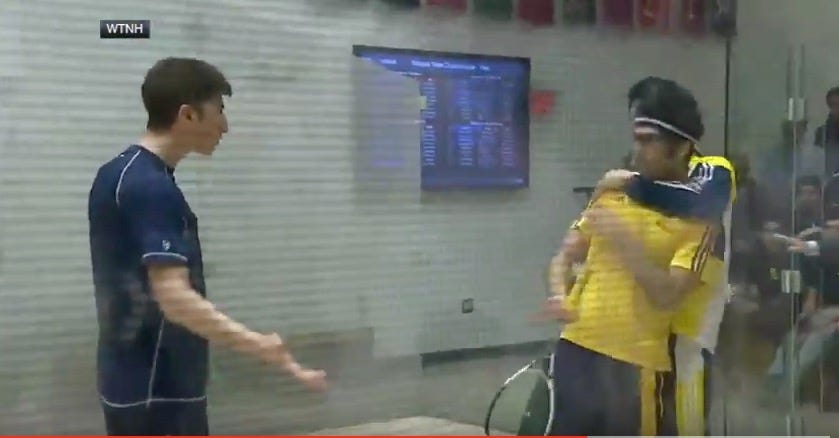 Blowing off the sportsmanlike handshake and flipping the bird. That’s an all time classic diss right there, never gets old.

Anyway congratulations to Yale on the national championship, God knows those kids needed something to make them feel worthy in life.

What are the odds, TWO Squash clips floating around the internet in the same week.