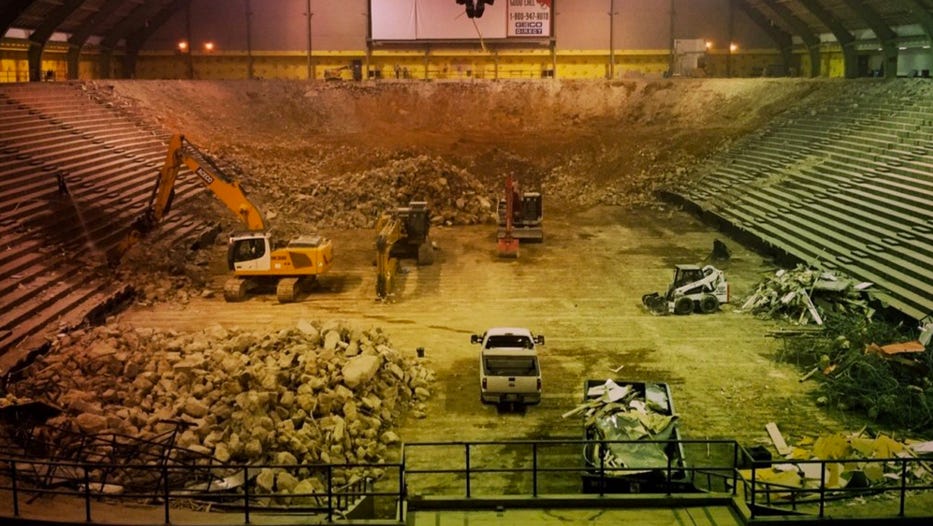 Testudo Times – Maryland has begun the journey of turning Cole Field House into a world-class indoor football practice facility, as evidenced by this cool picture. DJ Durkin thinks the New Cole Field House will be “The best in the country.” Either way, the new facility could prove to be another effective recruiting tool for Durkin’s staff. Construction of the “Terrapin Performance Center” is scheduled to be complete in April 2017, with phase II of the project scheduled to be finished by June 2018.

And just like that, Cole is officially under construction. A bitter-sweet site on a Friday afternoon. On one hand, Cole is a legendary piece of Maryland basketball. So many important moments, players, and games happened in there. But since they moved to Comcast, Cole has been a place for intramural football and discussion classes in those dingy basement classrooms. So while Cole is being bulldozed, it’s sweet to think about what’s coming:

Quite an upgrade of the football facilities, don’t you think? Finally catching up to all the other big schools. Putting that Under Armour money to good use. And as both a Terp and an UA stock holder, I could not be more excited. While it’s sad to see Cole go, this is about 100 times better. Lit, as the kids say. It’s going to be lit.