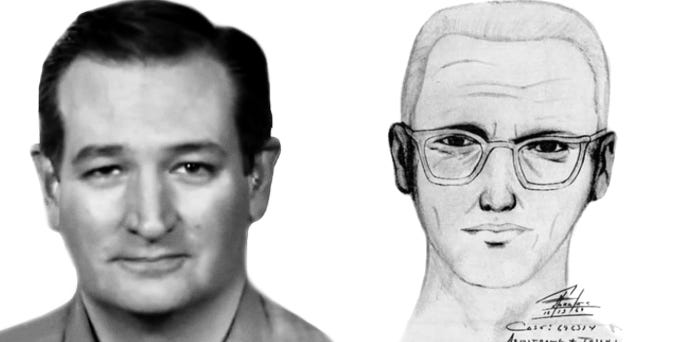 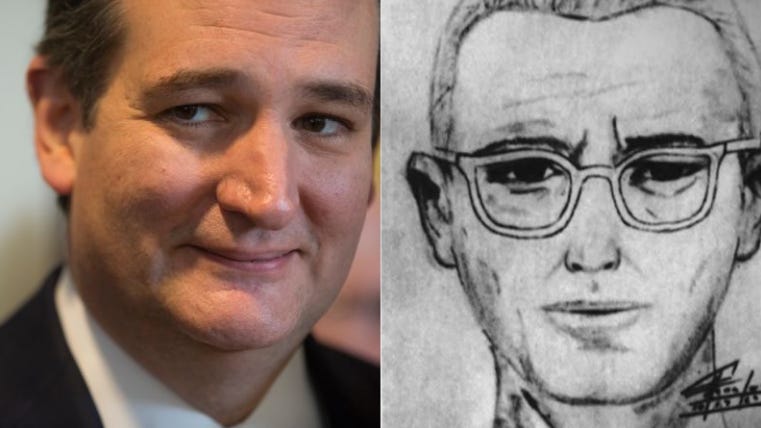 Hey Ted, you know how I know you’re a creep. When 38% of people polled are unsure of whether or not you’re the person behind one of the most notorious unsolved serial killings. Such a random question to have on the poll but then you see the pictures and you realize Ted Cruz has always been that creepy guy you just quite don’t understand and it all makes sense. Ehhhh, that could totally be a serial killer, yup, I see it now. Not saying he is the Zodiac Killer, and I know the timelines don’t even come close to matching up, but count me firmly in the “not sure” camp. In the right lighting, throw some glasses on him, yup, that’s a fucking serial killer.

If you’re a Ted Cruz advisor you have to tell him to drop out now right? I mean I know polls aren’t always exact and a lot of times people lie but still. Anything over 15% in the “could he be a serial killer?” department and I’m guessing you won’t be riding the likability train all the way to the White House. Say what you want about Rubio, Bernie, Hillary, or Trump. But none of those candidates give me even a whiff of serial killer. Ted Cruz on the other hand, I can smell the dead bodies all the way from here.