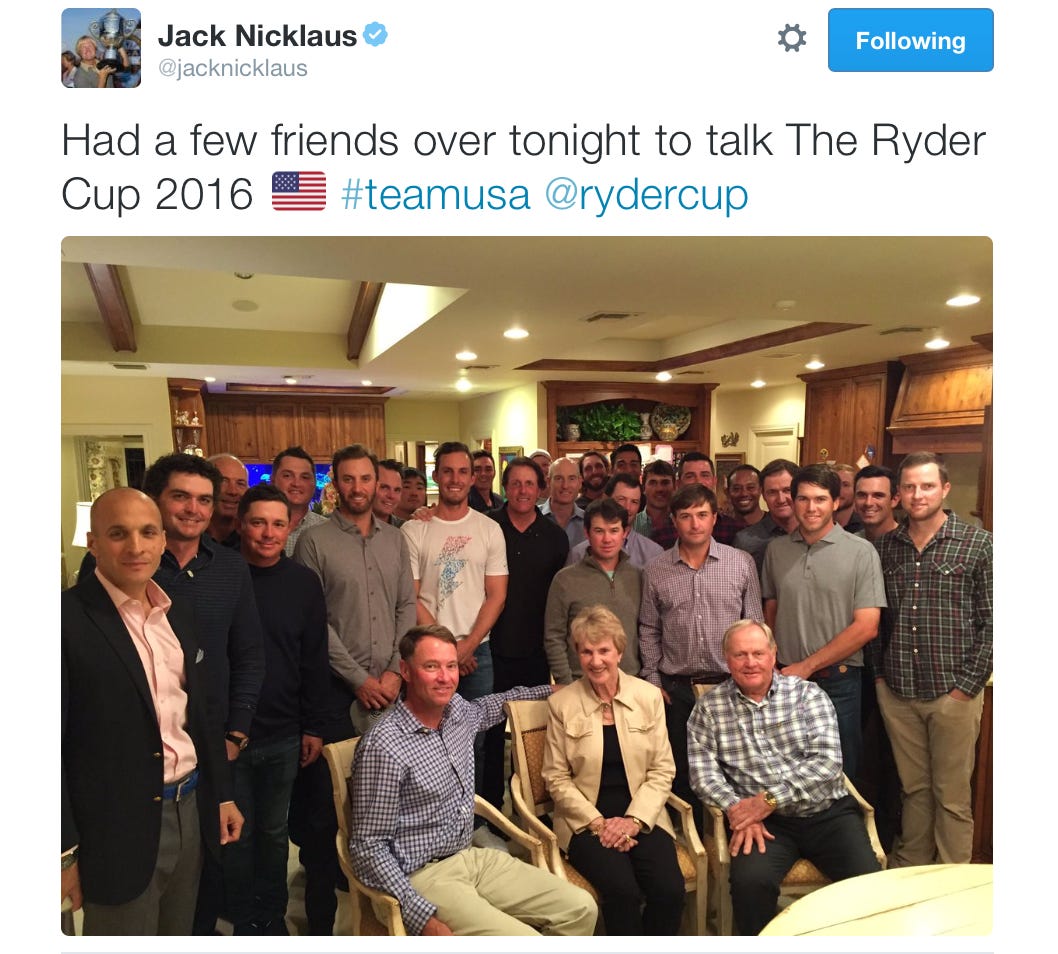 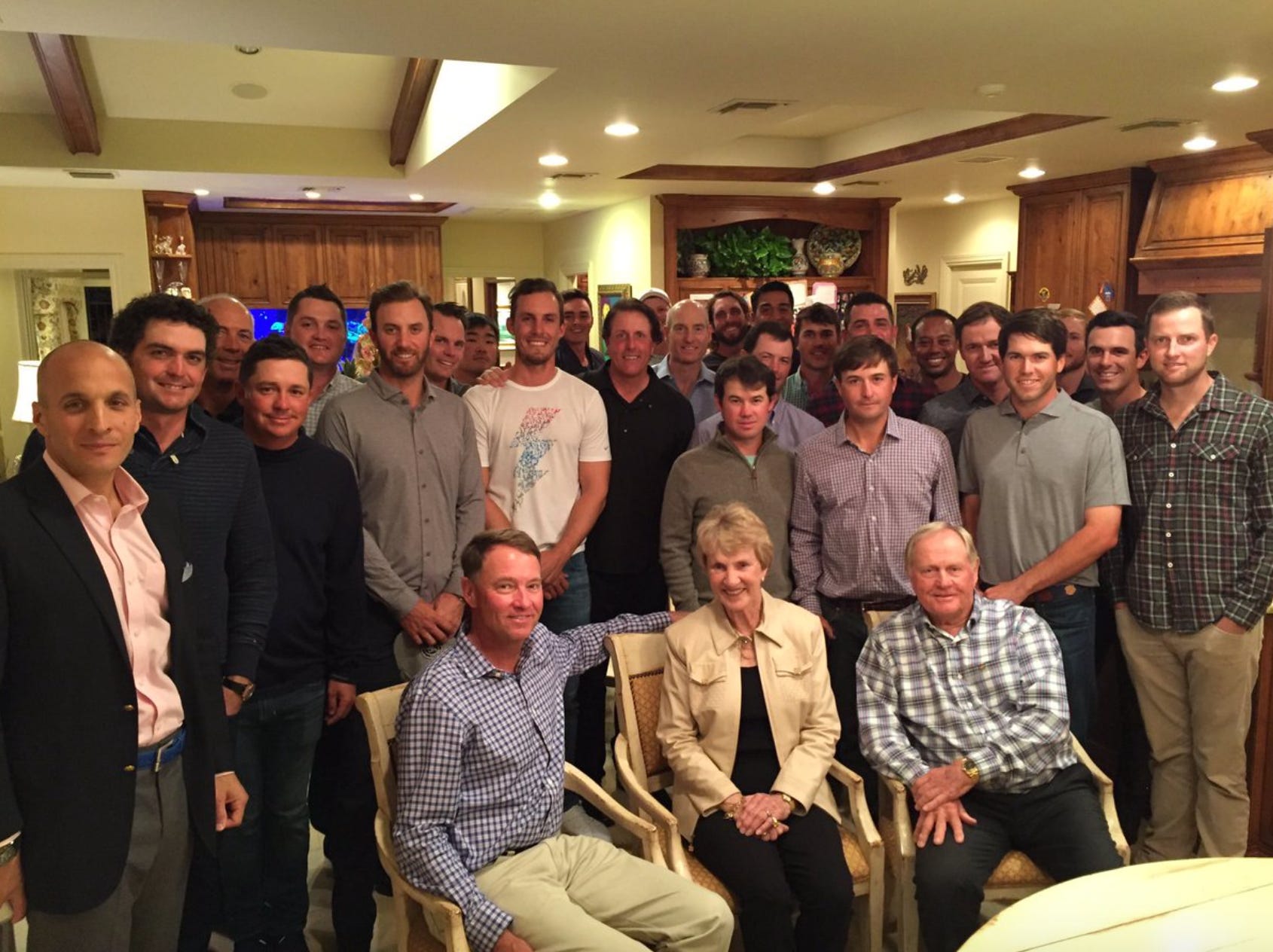 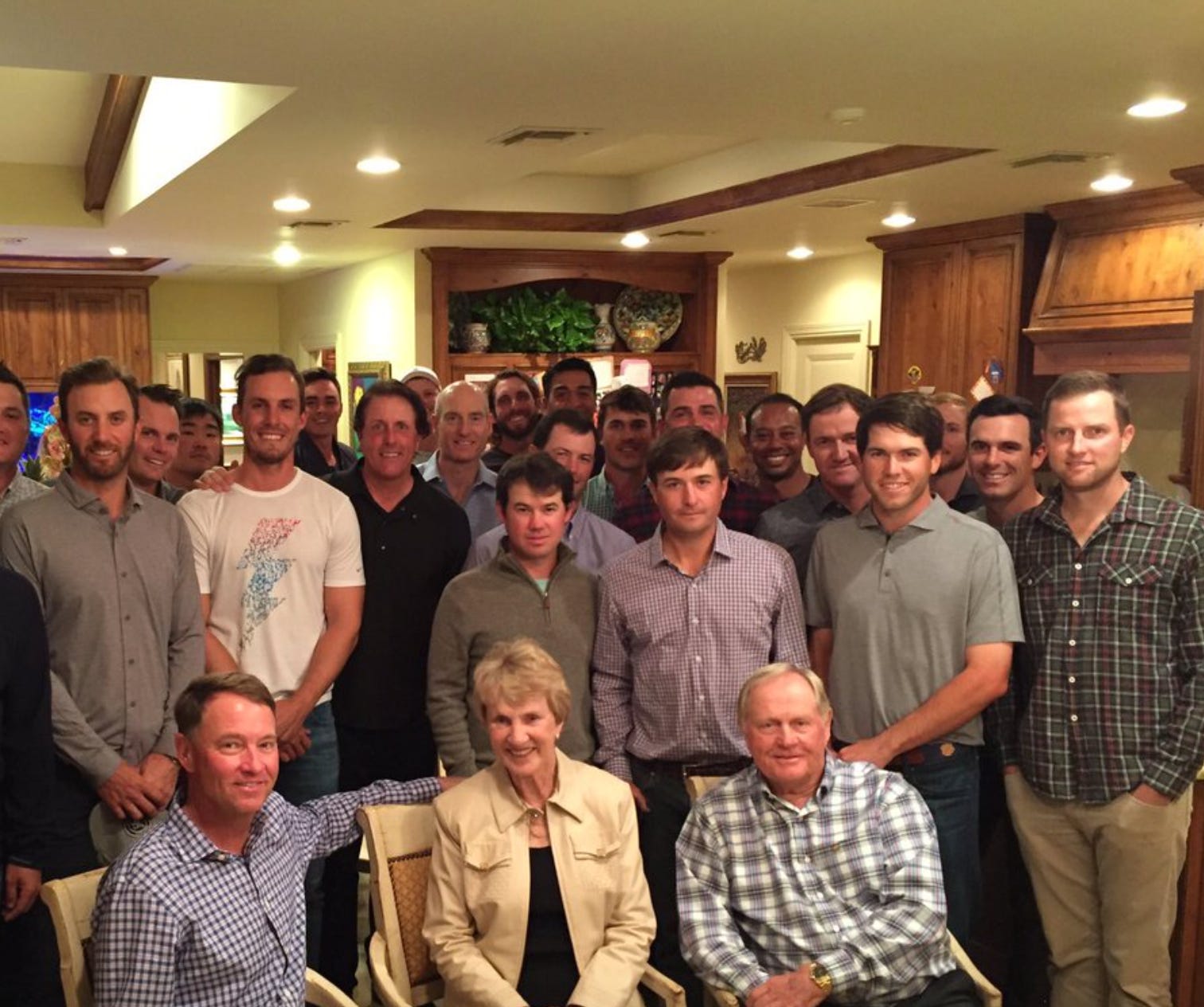 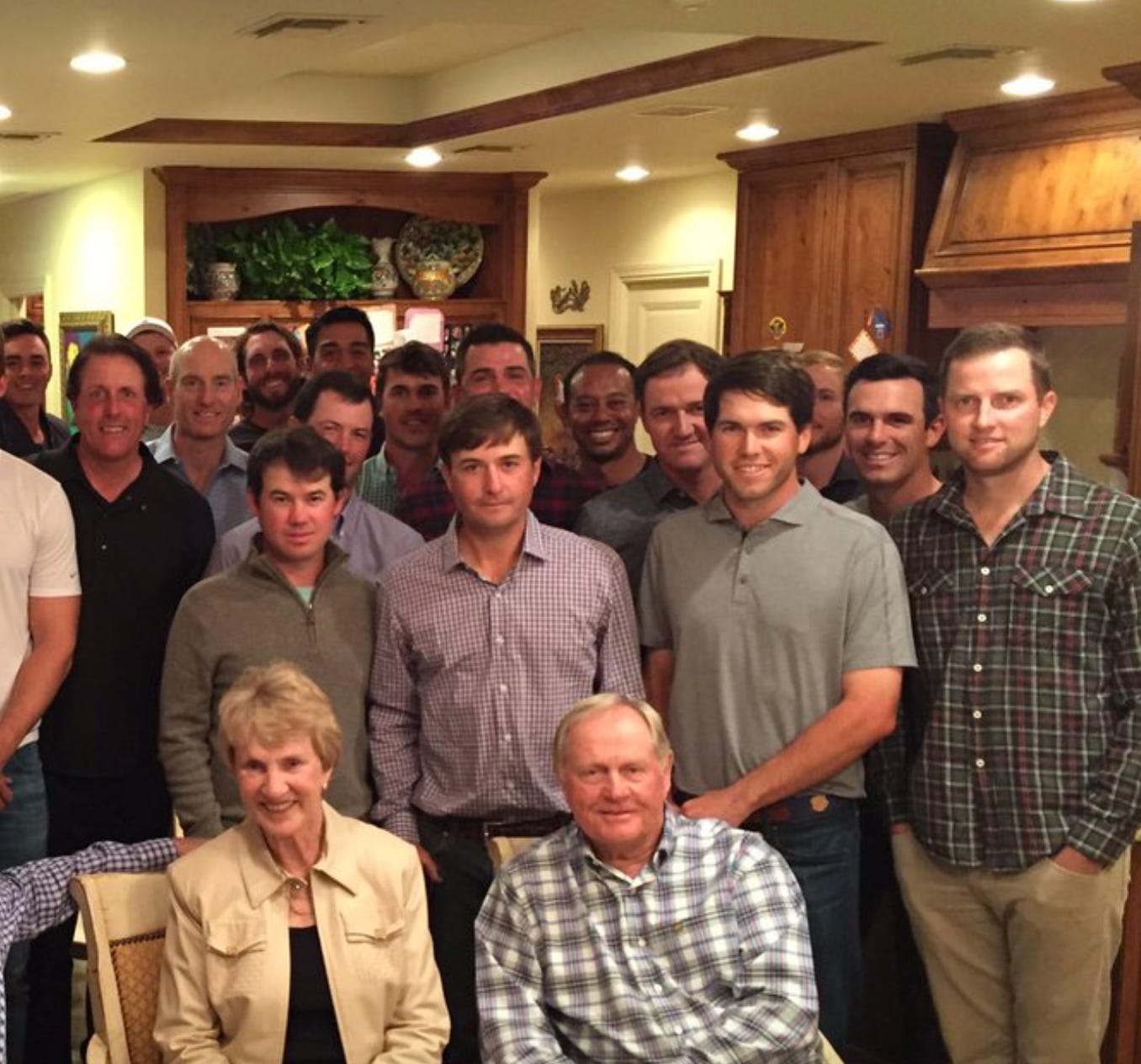 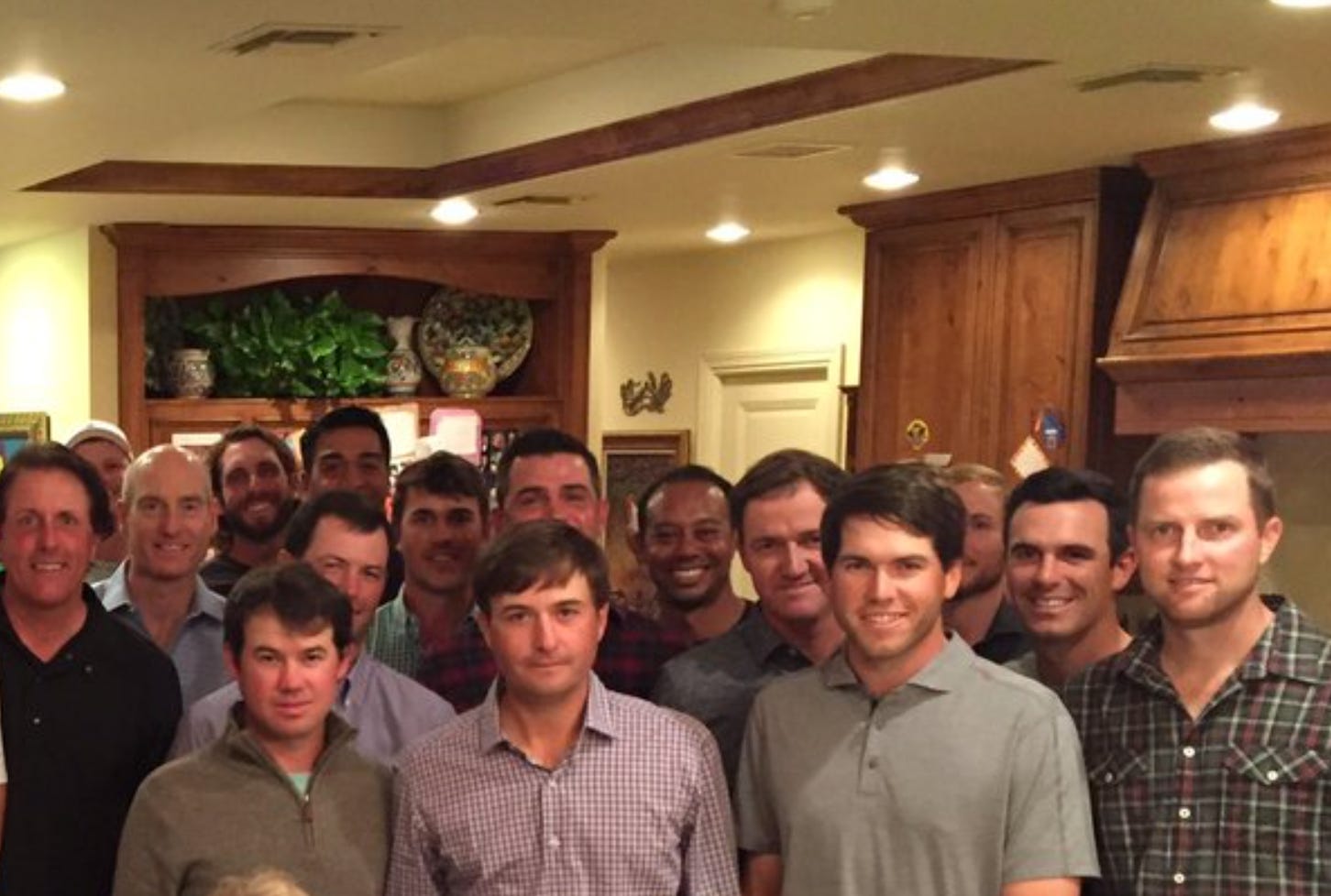 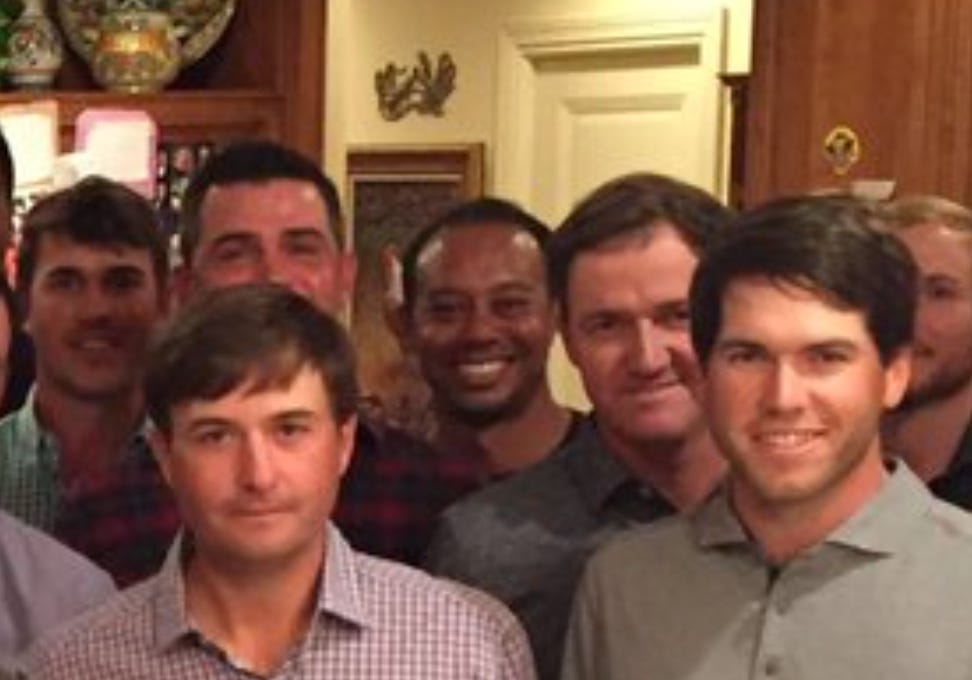 There he is! Way in the back there being super creepy. So far in the back that it’s almost like he’s in a different picture. There’s a slight possibility that that is the same wax statue that posed with Tony Finau the other night. Who knows. All I’m saying is if you win 14 majors you should get a better seat in Jack’s house than the back row. Unless that’s closer to the kitchen. Then it’s a veteran move from Eldrick.. Always be as close to the kitchen as possible when taking a picture so you can be first in line.

Real talk, do you think this chirp from Rory got in Tiger’s head?  And that’s why he’s is all the way in the back not showing any part of his body but his head? 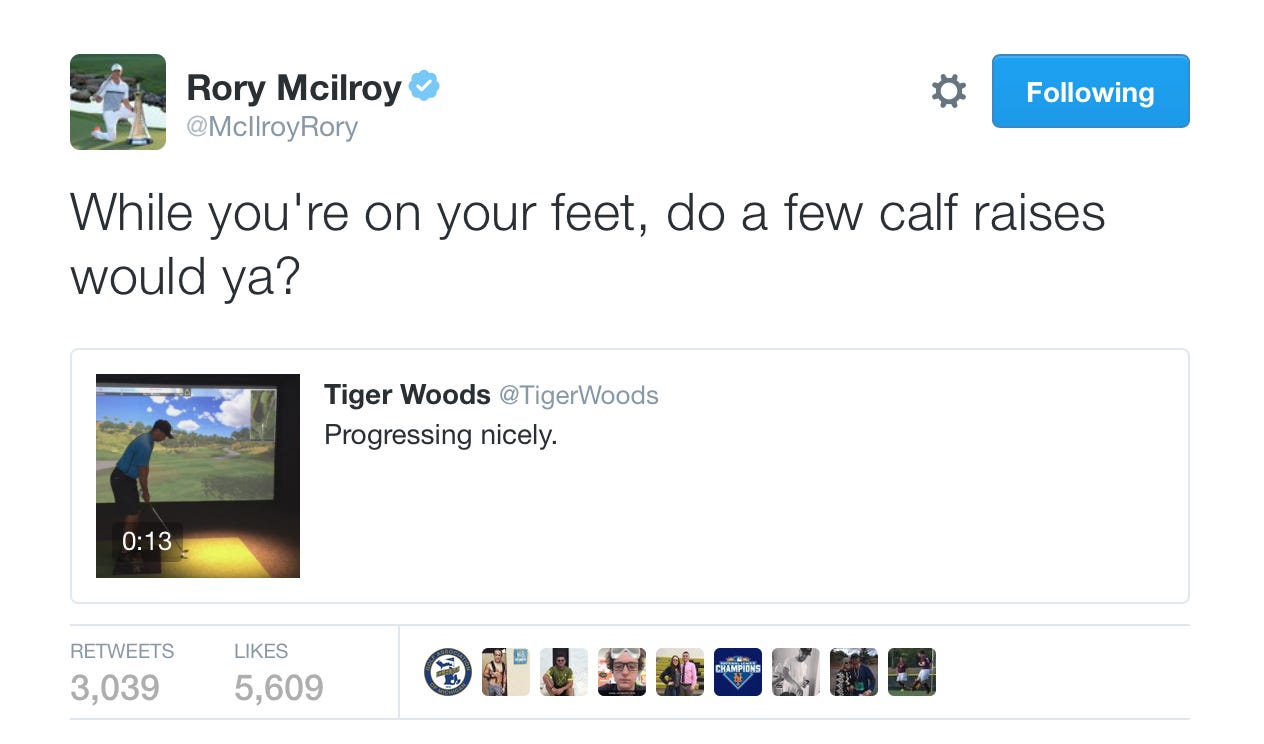