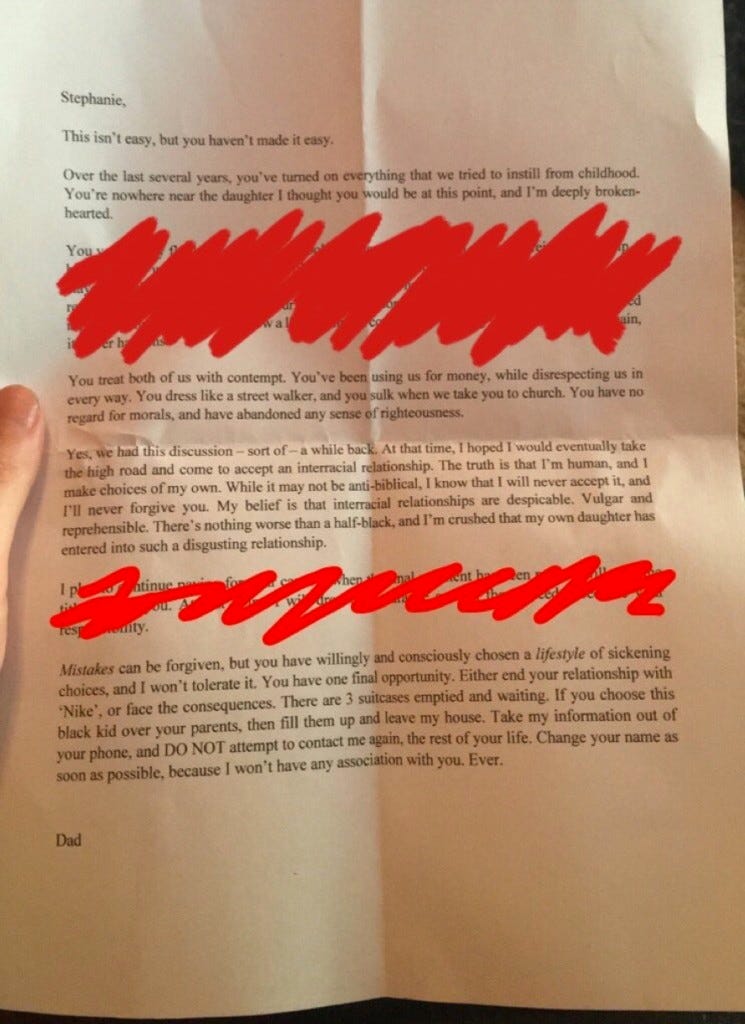 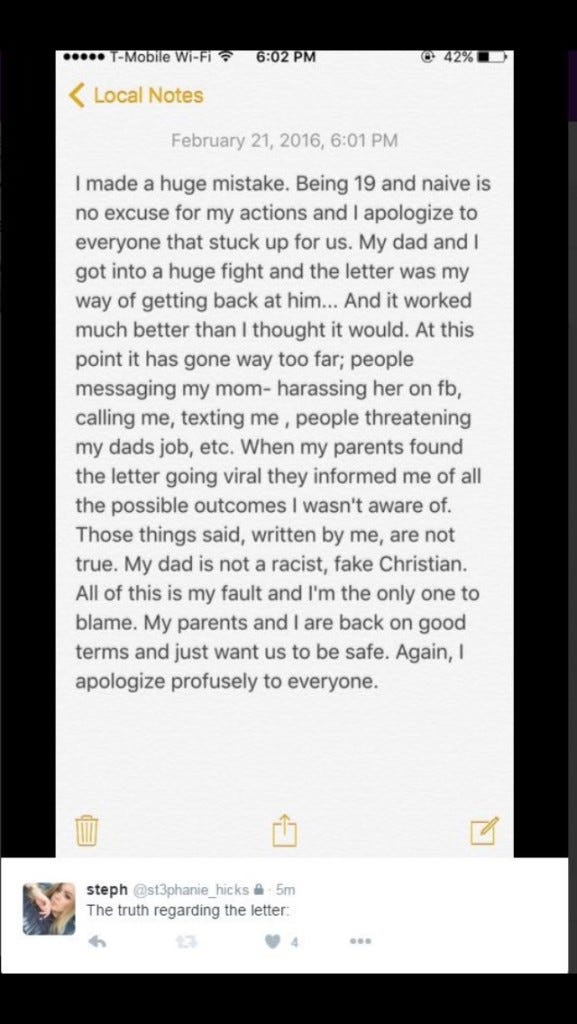 And for good measure, here’s what the boyfriend in the situation had to say about it too:

Off the bat I’m pretty glad this one isn’t real. I’m sure people like this imagined version of her dad exist and they’d have the same reaction if their porcelain-skinned daughter dated a black dude. But I guess it’s just nice to know they wouldn’t write a vicious latter about it. I know a lot of people have similar thoughts to varying degrees and I’m empathetic to anyone who has a kid going up against their beliefs, but being that ugly about it isn’t a thing the world needs when we already hate each other so much as is.

At the same time, what a HUGE lie to throw at her dad. And it’s not even like she’s some high school kid, this is an adult woman whose vote counts as much as yours. And her solution to a problem was “Make my dad seem like the biggest bigot ever to shame him on the Internet” presumably so he’ll give her more shit. And not only that, she even did that genius move of crossing out part of the letter to make it seem more legit. I mean that is an AMAZING amount of detail to make a lie work. And, as I mentioned in the first blog, that’s like an atomic bomb lie, one that gets your dad fucked over at work, the harassing calls she’s mentioned, his entire public standing because you had an emotional owwy and didn’t get your way. I feel like we see a lot of fucked up things online but this one, man, to do this to your dad outside of some abusive relationship is downright evil. Nike seems like a good guy and equally disappointed though so hopefully he gets his dick as far away from crazy as possible while he still can.

Also rough run for the focuses of some of my blogs lately. This girl is a sociopath, that kid from yesterday had to go to the hospital and the other was in jail…whoever ends up in the Tinder blog this afternoon better watch their ass just to be safe, these things come in threes.