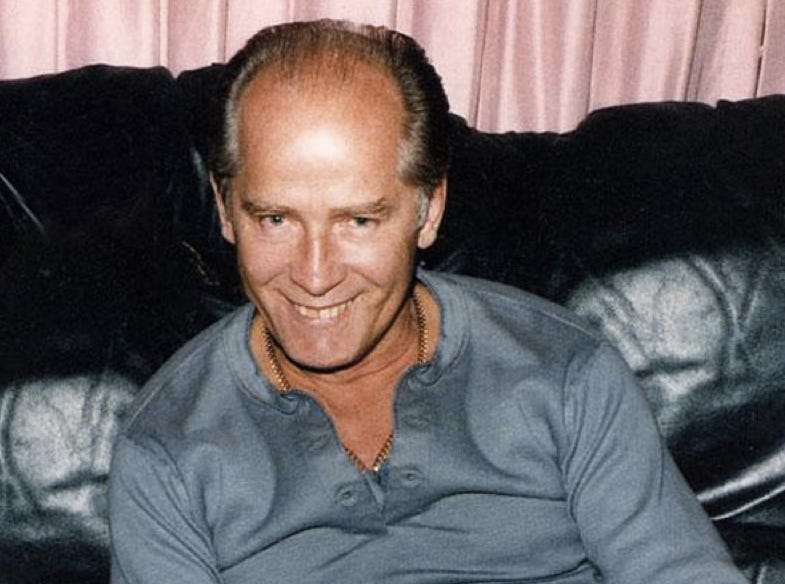 (NYDN) – You gotta hand it to Whitey Bulger — he has a gift for doing what he pleases. The 85-year-old incarcerated gangster — who lived life of unparalleled brutality as a Boston mob boss before dropping off the radar for 16 years — got in trouble in his Florida jail cell for fondling his own little prisoner, authorities said. South Boston crime lord James (Whitey) Bulger was caught masturbating with the lights on at 3 a.m. last June, according to documents obtained by the Boston Globe. A male corrections officer making he early morning rounds at the federal penitentiary in Sumterville, Fla., caught Bulger in partial flagrante delicto, the papers said. The guard saw him touching his exposed genitals with his left hand, according to the papers obtained by The Globe. “I got you!” the guard allegedly hollered.

Bulger was written up by prison officials on June 1 for violating a rule that prohibits sexual activity for inmates. His personal manhandling earned him 30 days in solitary confinement and the loss of commissary and email privileges for the same time period, The Globe said. “I’ve never had any charges like that in my whole life. I’m 85 years old. My sex life is over,” Bulger said at a disciplinary hearing, according to The Globe. The guard saw him applying a special medicated powder to his genitals in an effort to treat a yeast infection, Bulger said. The skin irritation was a product of the humid Florida heat and lack of adequate ventilation, the crime boss fumed. “I volunteer to take polygraph test to prove my answer to this charge,” he said, when informed of his punishment. “I ended up with a condition and I’m embarrassed to go to medical because they have female nurses over there,” Bulger said.

What a story we’ve got here. First and foremost, you can’t jerkoff in jail? What the fuck? I literally thought that was all anyone did in their cell: push-ups, dips, squats, and beat dick. Like I just assumed guards walking down the line were treated to some horrible, Red Light District type peep show of inmates defiling themselves. It’s insane that you get written up and sent to solitary for 30 days over this. I feel like that’s encouraging shower rape, not allowing a bunch of horned-up psychos to self gratify. Overfill a balloon and it blows up. In this analogy the balloon is a criminal nutsack and the explosion is an unwelcoming, but clean, butthole. No bueno.

Next, weird response from the prison guard, right? “I got you!” Alright, queer, keep it moving.

Thirdly, this is fishy as all hell. An 85 year old still beating his dick often and so ferociously that he’s up at 3 AM doing it? I don’t think so. 85 year olds are up at 3 AM, after they’ve gotten their eight hours, to piss and fart. They’re not treating their body like a playground at that hour, or any hour for that matter.

Finally, I think we learned that Whitey has a shitty dick? You’re embarrassed to see female nurses so you’re treating your own yeast infection (quick note: guys can get yeast infections? Interesting) with baby powder? No other reason to be so embarrassed that you won’t even see a medical professional. Big week for you and Hitler and your infamous dicks. Bet if you knew this stuff was gonna come out you guys never would have even gotten famous.