When you get hit so hard that it looks like you went three rounds with Sub Zero in Mortal Kombat: 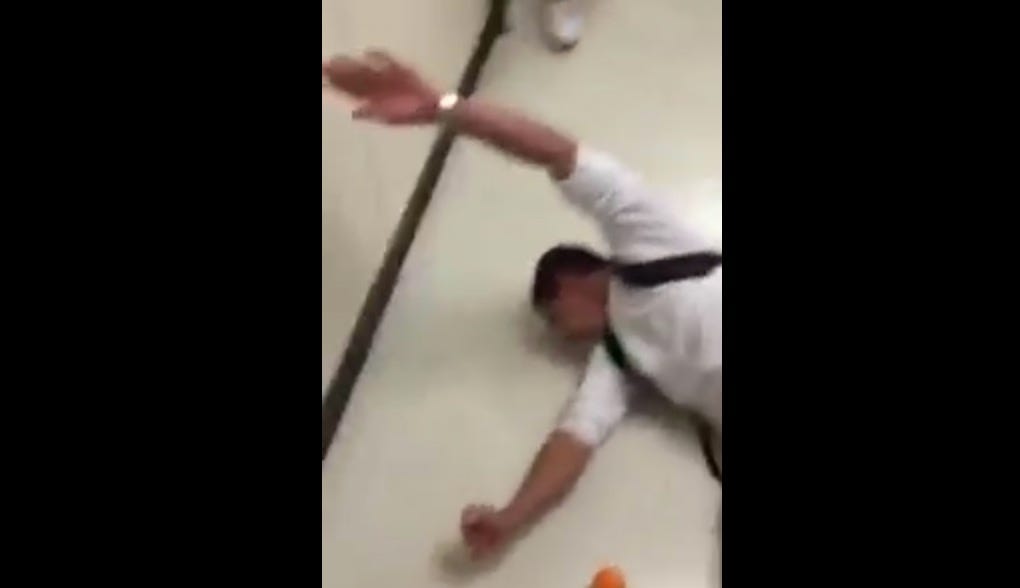 Brutal cheap shot and the kid throwing the punches I’m sure will have lovely things said about him inthe comment section so I really didn’t want to make fun of this video. Like that shit sucks. Who knows what he said to the kid — based on body language and the fact he was holding an orange, it did seem like he was trying to calm the situation down — but no one deserves to get three quickfire shots like that.

With that in mind, that was a HILARIOUS knockout response. Arm frozen in the air, his orange sitting there sadly on the floor, the kid looking like he legit dropped a few IQ points. I feel bad for him and would gladly give him a free Ball Don’t Lie shirt but I just can’t see someone knocked out in as humorous way of that and not bring it to the public. I took an oath for this job. No one asked me to take that oath, but I did it anyway to show my commitment.

Also following up on yesterday’s Spags Tips On Guys You Should Never Fight: If a dude is too excited to fight four guys, don’t fight him. And if a kid is shaking his head angrily in that twitchy unhinged way like this while you’re trying to talk peacefully, fucking RUN man, this is a not a fight you want any part of: